The mind-body problem asks: How are mental states related to physical states of the brain, the body, and behavioral states more generally? Functionalists claim that mental states are identical with functional roles, defined as relations between environmental impingements, external behaviors, and other mental states.Analytic functionalists contend that these identities are imposed by folk psychological theory. Thus, analytic functionalism makes a specific empirical claim: that ordinary people conceptualize mental states in terms of their functional roles. Notoriously, this claim has met with intuition pump style challenges, such as Block’s Nation of China and Searle’s Chinese Room, which purport to demonstrate via our own intuitive assessments of cases that we do not ordinarily conceptualize mental states solely in terms of their functional roles. Discussion of these examples constituted a large chunk of philosophy of mind near the end of the 20thcentury, without reaching any very definite conclusions. But, as Lewis (1972) points out, analytic functionalism’s empirical claim “can be tested, in principle, in whatever way any hypothesis about the conventional meaning of our words can be tested.” 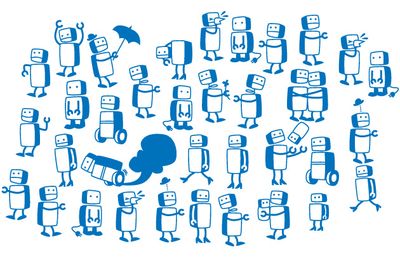 Recently, an experimental challenge to this empirical claim has arisen in the form of the embodiment hypothesis (discussed here, here, and here). According to the embodiment hypothesis, while information about behavior and other functional cues may be sufficient for ordinary attributions of intentional states, only entities with the right kind of biological body are typically thought to have phenomenally conscious experiential states. Proponents of the embodiment hypothesis have argued that empirical research on how people attribute mental states to groups, robots, and God support their view (here is a succinct overview). Based on this research, it may have seemed reasonable to conclude that analytic functionalism rested on a mistaken conception of how people talk and think about mental states. However, Wesley Buckwalter and I (along with others) have recently been uncovering a number of results that cast a more favorable light on analytic functionalism and seem to challenge the embodiment view. As discussed here, people are perfectly willing to attribute phenomenal states to robots when they are described in a way that calls to mind certain key functionalist assumptions. Mental state attributions to groups constitute evidence for the embodiment view only on the assumption that those attributions are to groups over-and-above their members—an assumption that Adam Arico, Shaun Nichols and I have argued against here. And Wesley and I have recently found that people are no less willing to attribute happiness and anger to a disembodied ghost than to his physical human counterpart, provided the ghost satisfies the appropriate causal roles. These findings led us to re-evaluate crucial studies taken to support disembodiment, and in many cases we found that those studies fail to control for function in important ways. As we discuss in the attached paper, this has led us via abductive argument to conclude that the analytic functionalists were (probably) right. It seems that ordinary people do conceive of mental states as functional relations between environmental impingements, external behaviors, and other mental states. 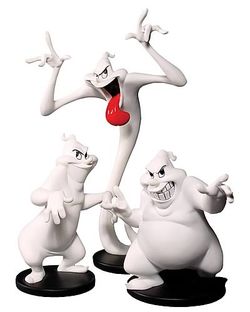 (Comments welcome as we revise for a special issue ofPhilosophical Topics.)

**Cross-Posted at the Experimental Philosophy Blog**

P.S.–Glad to be a part of this blog, and thanks John for including me!