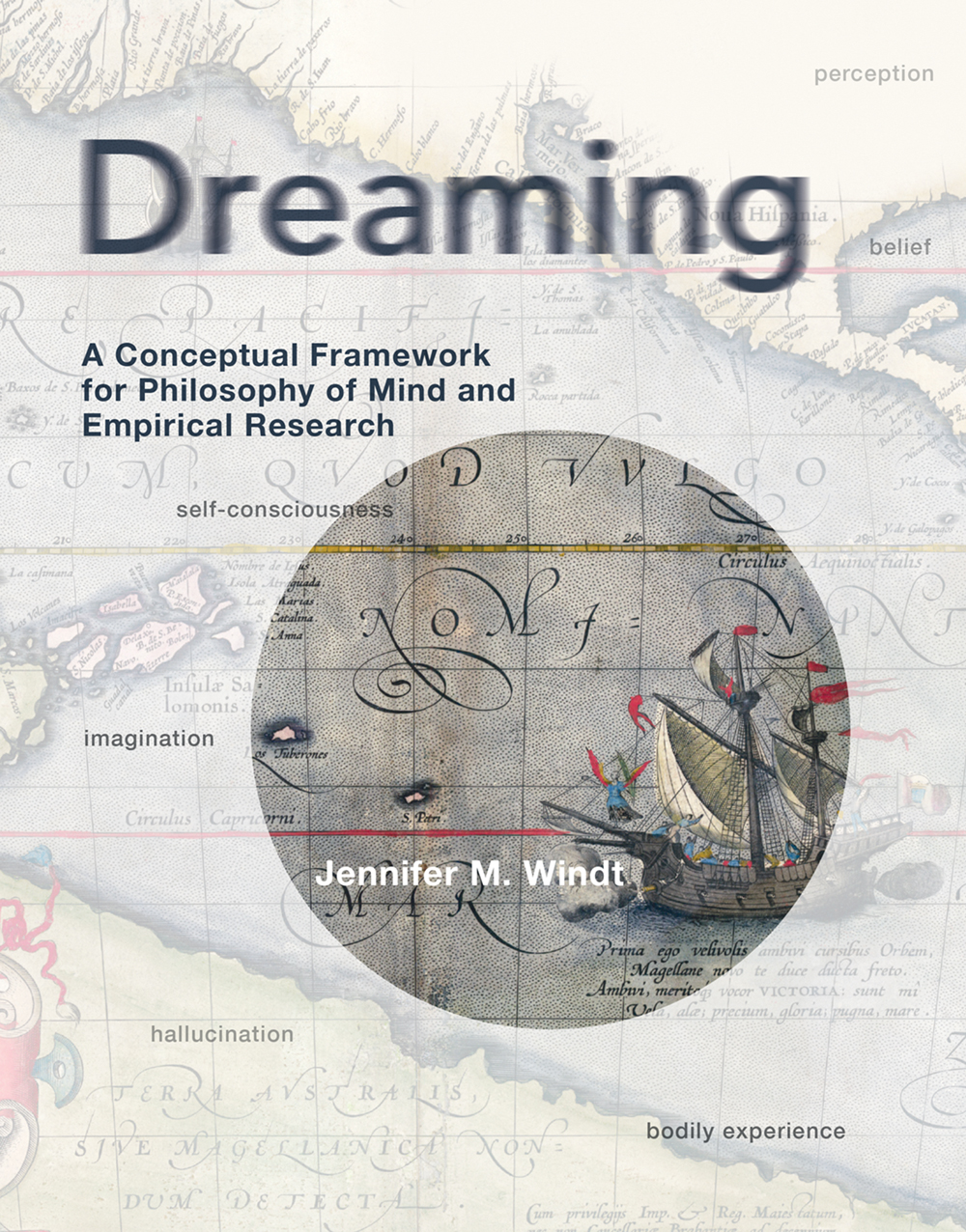 We spend roughly one third of our lives asleep, and research tells us that a considerable portion of this time is spent dreaming. Yet, most of us rarely remember our dreams, and even when we do, we would be hard-pressed to describe more than a single dream per night. This paucity of spontaneous dream recall stands in marked contrast to the diverse kinds of dreams and other types of cognitive activity that participants report following timed awakenings in the sleep laboratory. Scientific sleep and dream research are now producing a steady stream of empirical data, and it stands to reason that this research will have a profound impact on scientific and philosophical theories of consciousness and the self. Yet, in order to make sense of these results, a comprehensive framework for describing conscious experience in sleep and dreams is needed.

Providing the outlines of such a framework is the goal of Dreaming. In this series of blogposts, I will address a number of questions that I take to be particularly pressing for an empirically informed (and hopefully also empirically informative) philosophical theory of dreaming. I start out by giving a brief and highly selective overview of changing conceptions of sleep and dreaming in scientific research and in philosophy.

The elusiveness of dream recall is paralleled by shifts in scientific and philosophical theorizing about sleep and dreaming. The most well-known of these are Freudian dream theory, which casts dreaming as a carefully disguised and censored form of wish-fulfillment, and the discovery of REM sleep in the 1950s, which marked the beginning of the scientific investigation of dreaming, but also of sleep (for an excellent overview, see Kroker 2007). But both before and after these paradigmatic shifts, dream theories, and with them the concepts of sleep and dreaming, underwent various adjustments and refinements. While the ancients viewed dreams as messages from the gods, Aristotle, in his treatise On Dreams, provided the first strictly naturalistic theory of dreaming: dream imagery was, he thought, linked to the residual movements of the sensory organs during sleep. Like reflections in a pool of water, these movements were clearest in the quiet of deep sleep, which consequently gave rise to the clearest types of dream imagery. Dreaming was, in a sense, the after-effect of waking perception, and sleep, quite simply, the absence of wakefulness. This basic idea of sleep and waking as opposites persisted all the way into the 20th century, where sleep was commonly regarded as a uniform period of reduced brain activity, a state in which we are, largely, dead to the world.

In the 1950s, the discovery of a period of sleep characterized by wake-like activation of the EEG, near-complete muscular paralysis and rapid eye movements (hence the term REM sleep) revolutionized scientific conceptions of sleep. Sleep was now seen to have a complex architecture, consisting of periodic transitions through different stages of sleep. It was also thought that dreaming could be assigned its own sleep stage, rather than occurring throughout sleep. In general, participants in sleep laboratory studies report dreams following almost 80% of awakenings from REM sleep, but do so much more rarely when awakened from the stages of NREM (or non-REM) sleep (Nielsen 2000). This combination of rich subjective experience and high-levels of brain activity in the absence of behavioral responsiveness and the outward signs of behavior initially seemed paradoxical (indeed, REM sleep is sometimes also called paradoxical sleep). It strongly contradicted behaviorist sentiments and seemed to suggest that the occurrence of dreaming could be objectively measured and even predicted based on polysomnographic measurements obtained during REM sleep (see for instance Dement & Kleitman 1957). This development threatened to dethrone subjective dream reports, which so far had been the sole arbiter of whether a dream had been experienced or not.

The result was a tug-of-war between philosophical dream theories and the developing field of scientific dream research. Norman Malcolm (1956, 1959) famously declared that the very attempt to study dreams scientifically, independently of and perhaps even in contradiction to subjective dream reports, was a conceptual absurdity: Dreams occur in sound sleep, and “if a person is in any state of consciousness it logically follows that he is not sound asleep” (Malcolm 1956, 21). Others suggested that studying dreams in the laboratory may be the only way to talk sense about dreams: Couldn’t our retrospective impression of having dreamt be profoundly misleading, the product of a memory insertion produced instantaneously at the moment of awakening (Dennett 1976)? If so, dream reports would be virtually worthless for the study of dreaming. Today, most reject these radical forms of skepticism about dreaming and dream reporting. Yet, the exact contribution of dream reports to a science of dreaming continues to be controversial (for my own take on this, see Windt 2013 and Dreaming, chapters 1 and 4).

There has certainly been important methodological progress. There are well-established methods for scoring the content of dream reports. Also, while early dream researchers tended to identify dreaming and REM sleep, most contemporary researchers allow that dreams can occur in all stages of sleep. Neuroimaging paints a differentiated picture of how the transition from wakefulness via sleep onset and the stages of NREM sleep to REM sleep is accompanied by regional changes in brain activation patterns. These shifts nicely match the phenomenological characteristics of dreaming—dreams, for instance, are intensely visual and emotional and often include motor imagery, as would be predicted from the high activation of the temporo-occipital, motor, and limbic areas in REM sleep (Desseilles 2011). Perhaps, in the future, such data can be used to predict the content of individual dream reports (for a very first step in this direction for sleep-onset experiences, see Horikawa et al. 2013). Or perhaps, these insights can even be used to experimentally manipulate our dreams as they unfold. For instance, Voss et al. (2014; see also Voss & Hobson 2015) have investigated whether electrical stimulation over the frontal-temporal areas, which are normally deactivated in REM sleep, can induce dream lucidity, or the realization that one is dreaming while one is dreaming. And finally, the contrast between dreaming and nondreaming within the same sleep stage may extend existing work on the neural correlates of consciousness (Noreika 2009, Siclari 2014).

There has also been theoretical progress. Philosophers of mind now commonly accept that dreams are experiences, in the sense that dreams are phenomenal states or that it is like something to dream, and they have begun to develop positive accounts of how exactly dreams can be related to standard and altered wake states. Some, for instance, liken dreams to virtual realities, suggesting that the sense of presence and immersion targeted by modern virtual reality technology is at best an approximation of nocturnal dreaming (Revonsuo 1995, 2006; Metzinger 2003). Dreaming, in this view, is a multimodal hallucination that closely mimics the phenomenology of being awake. Others argue that dreaming should rather be likened to imagining or daydreaming, or question whether dreaming involves beliefs (McGinn 2004; Ichikawa 2009).

All of this gives rise to important conceptual and methodological questions. Where exactly should the concept of dreaming be located on the map of concepts commonly used to describe standard and altered wake states? What is the relationship between dreaming and dream reporting, and how do dream reports relate to other types of evidence commonly used for the study of dreaming? And what role does phenomenal selfhood, or the experience of being or having a self, play in different types of dreams?

In Dreaming, I integrate results from scientific sleep and dream research with theoretical-conceptual considerations from philosophy of mind and cognitive science to work towards a new, comprehensive framework for describing dreaming. I also consider changing theoretical conceptions of sleep and dreaming throughout the history of philosophy up until the present and investigate how they have influenced (or have themselves been influenced by) empirical findings. Often, these historical bypaths raise important but forgotten questions and highlight the contingencies of currently popular views. The next post is an introduction to a central theme discussed throughout the book. This is the claim that the analysis of self-experience in dreams is the key towards a more comprehensive theory of dreaming, but can also inform contemporary theories of self-consciousness.

Dreaming is based on my philosophical dissertation, which was supervised by Thomas Metzinger (Johannes-Gutenberg University of Mainz, Germany) and Tore Nielsen (Université de Montréal). From 2009-2015, I held a position as assistant lecturer/researcher in the Theoretical Philosophy Group at the Johannes-Gutenberg University of Mainz, Germany. In fall 2014, I spent 3 months as a visiting scholar at the University of British Columbia in Vancouver, where I worked with Evan Thompson and his group. In March 2015, I moved to Melbourne, where I hold a continuing position as lecturer in philosophy at Monash University.

I am very grateful to the editors and especially to John Schwenkler for giving me the opportunity to write about Dreaming here.

Dement, W. C., & Kleitman, N. (1957). The relation of eye movements during sleep to dream activity: An objective method for the study of dreaming. Journal of Experimental Psychology, 53, 89–97.

Kroker, K. (2007). The sleep of others and the transformations of sleep research. Toronto: University of Toronto Press.

Metzinger, T. (2003). Being no one: The self-model theory of subjectivity. Cambridge, MA: MIT Press.