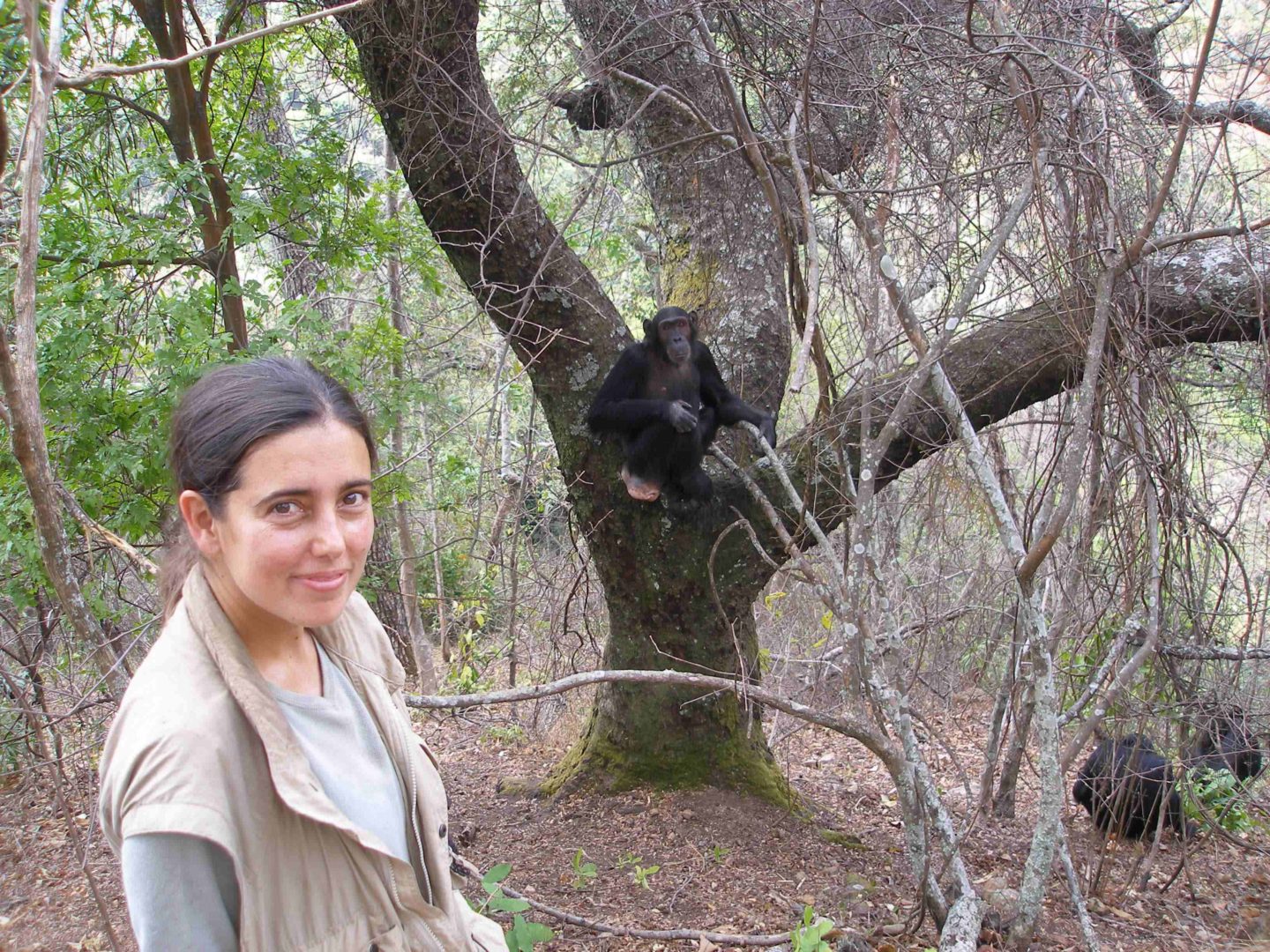 I am extremely pleased to introduce Maria Botero, who will contribute several featured posts at the Brains blog beginning this coming week. Maria is currently an Assistant Professor in the Department of Philosophy and Psychology at Sam Houston State University, in Huntsville, TX. Prior to that she obtained her PhD at York University under Stuart Shanker and Kristin Andrews, and before that completed an M.A. also at York under Evan Thompson. At the end of her PhD work, she studied chimpanzees at Gombe, supported by the Milton and Ethel Harris Research Initiative (MEHRI) at York University. Her work explores one of the oldest philosophical questions–what distinguishes humans from other animals?–by comparing early mother-infant interactions across species and cultures.

From a biological perspective, one of the things that most stands out about humans is our extended neotony–the persistence of infantile characteristics for many years.  Whereas a zebra is expected to stand and evade predators shortly after birth, humans children develop very slowly and require the assistance of caregivers for decades.  Biologists and psychologists have supposed that this extended childhood is highly adaptive for humans, for it provides years of interaction through which children can slowly absorb language, culture, and skills from their caregivers.  Many theorists have supposed that uniquely human forms of shared visual attention provide the key to this learning process.

A guiding idea of Maria’s research is that this exclusive focus on vision has created a seemingly unbridgeable gap in our evolutionary and developmental understanding of social cognition.   Maria suggests that touch is also an important modality by which infants can learn about the world from their caregivers.  A more informed perspective on this neglected sense might help fill this gap–for while the cognitive demands of shared visual attention could be too high for nonhuman animals and very young infants, communication by touch is not so demanding.  This insight might help us understand how our primate ancestors and human infants could bootstrap up to distinctively human forms of social interaction.

In my current work, I focus on the relationship between learning and meaning. In particular, I focus on approaches to mental content, cognition, and knowledge representation that take the latest empirical theories of learning as their starting point. While my main focus remains on cognitive science (especially animal cognition and artificial intelligence), these insights also ground solutions to more traditional philosophical problems. For example, in other papers I apply my views to the question of whether philosophical training has the right kind of structure to render our intuitions about thought experiments more reliable than those of novices, and in another recent paper I suggest that an investigation into the way that novices learn to become expert artists may illuminate the question of what it is for something to count as an artwork. I am also interested in using biological approaches to learning to enhance machine learning in computer science and the semantic web.
View all posts by Cameron Buckner →
© Brains Blog, Authors, and Commenters, 2005 to present, unless otherwise noted. (Text only)
Back to Top