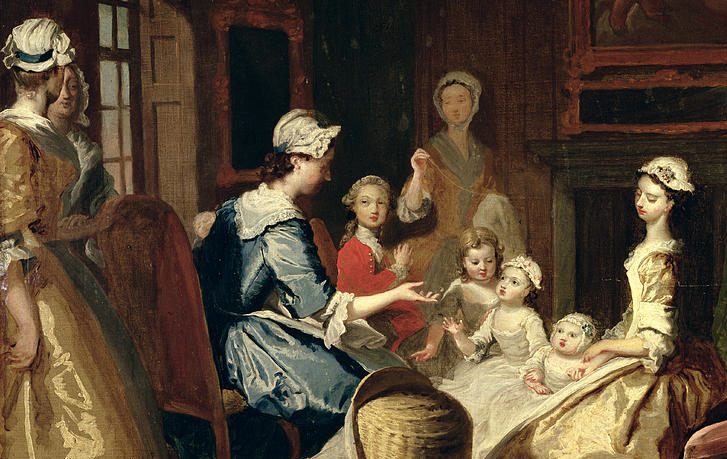 False-belief understanding is often regarded as a measure of human social cognitive ability, that is, the ability to make sense of what others say and do by attributing beliefs, desires, intentions, and other representational mental states to them. As Helming, Strickland, and Jacob point out, however, developmental psychology is confronted with a puzzle. On the one hand,  the majority of children don’t pass a variety of elicited-response false-belief tasks — in which they are directly asked questions about an agent’s false beliefs — until they are at least four years of age. In the classic Sally-Anne test, for example, children are presented with a doll named Sally, who is shown to place an object in a container and to then leave the scene (Figure 1). While Sally is absent, another doll, Anne, is shown to remove the object and to hide it in a different container. Children are then asked where Sally will look for the object when she returns. Four-year-olds reply that Sally will look for the object in first container (in keeping with her false belief about its location), while younger children reply that Sally will look in the container that actually contains the object. 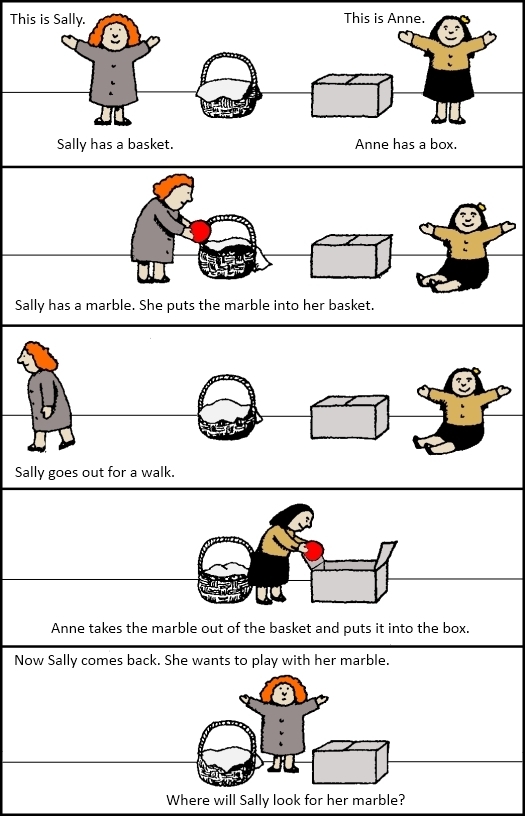 On the other hand,  experimental studies that make use of violation-of-expectation, anticipatory looking, and helping paradigms provide seemingly compelling evidence that preverbal infants can pass language-free versions of false-belief tests. For example, Onishi & Baillargeon 2005 report that 15-month-olds look reliably longer when an agent’s action is incongruent with the content of her false belief concerning an object’s location than when it is congruent with that belief. There is also evidence that the majority of three-year-olds can pass a streamlined verbal false-belief task in which they are asked to act out what a girl will do when she is looking for some bananas, but she has a mistaken belief about their location (Rubio-Fernández & Geurts 2013).

Helming, Strickland, and Jacob offer a pragmatic answer to this developmental puzzle. They argue that standard elicited-response false-belief tasks are challenging for children younger than four not because they are unable to track the contents of others’ false beliefs, but rather because they must simultaneously take a third-person perspective with respect to the mistaken agent’s instrumental action and a second-person perspective with respect to the experimenter’s communicative action. Children,  Helming and her co-authors write, “are overwhelmed by the tension between the two perspectives.” Moreover, they hypothesize that in the context of standard elicited-response false-belief tasks involving an agent who has a mistaken belief about an object’s location, this tension gives rise to a referential bias that “highlights the epistemic perspective on the object’s actual location shared by the child and the experimenter” and a cooperative bias that “motivates [the child ] to help the mistaken agent achieve the goal of her instrumental action.”

Comments on this post will be open for at least a couple of weeks. Many thanks to Katharina, Brent, and Pierre as well as our group of superb commentators! All of us here at the Brains Blog are grateful to Sam Guttenplan, the other Mind & Language editors, and the staff at Wiley-Blackwell (especially Carmen Sherry) for their continued support of these symposia.

Below there are links to the authors’ introduction, the target article, commentaries, and the authors’ replies.