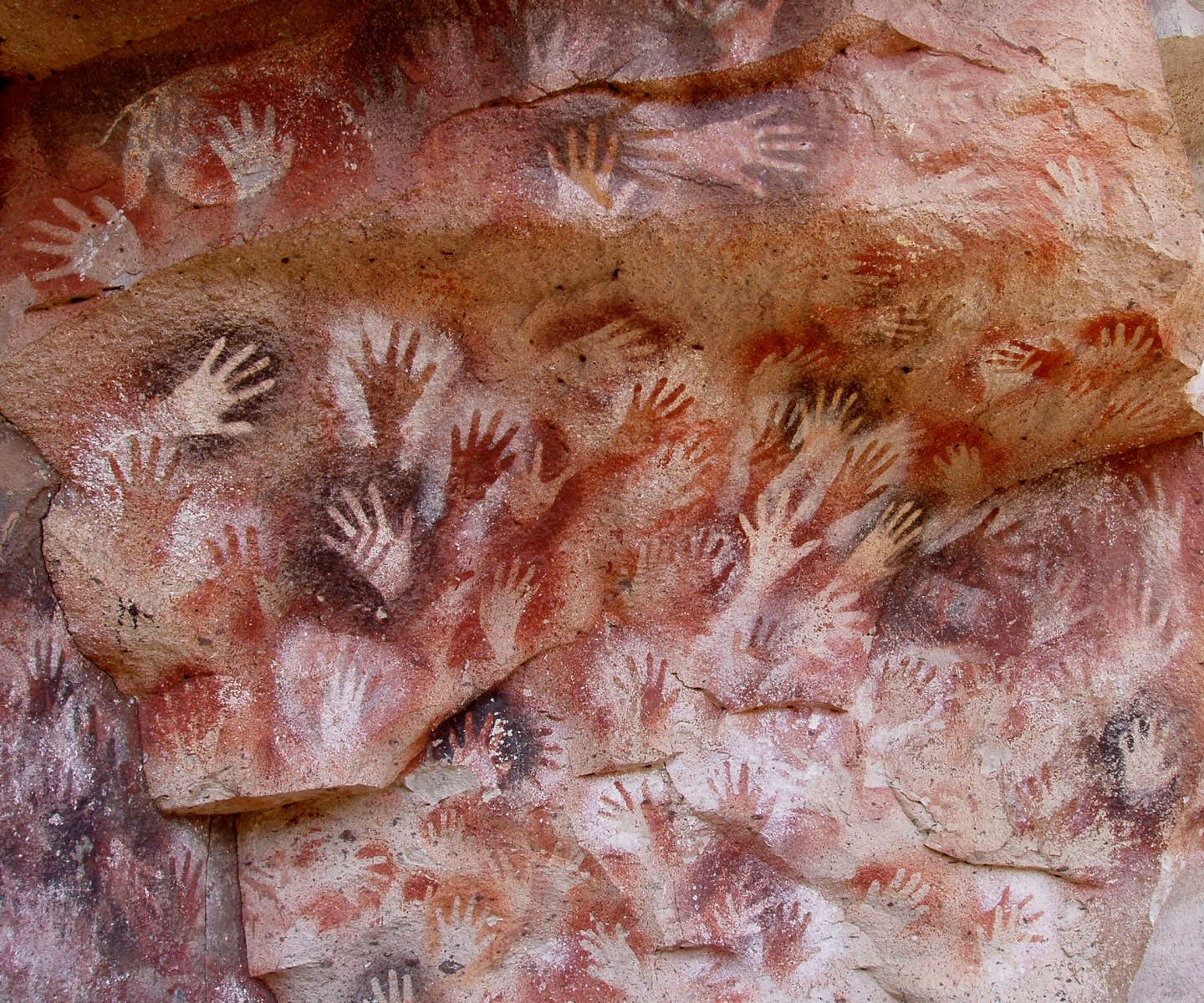 The scale of human cooperation

If you start with the assumption that biological altruism evolves because the benefits fall on genetic relatives, the scale of human social organization is puzzling. We cooperate with huge numbers of individuals who are not genetic kin—large-scale modern societies depend on it.

Not all of this cooperation is altruistic—a lot of it is mutually beneficial. We do it for the immediate returns, or to avoid punishment, or for long-term returns mediated by reciprocity and reputation. But all of this mutually beneficial cooperation rests on a basic platform that must have evolved at a relatively early stage in human social evolution, and that calls for explanation in its own right: namely, a tendency to interact peacefully by default with strangers.

To see what I mean, consider what happens when a chimpanzee strays into the territory of a rival group. Given the chance, a patrol from the home group will attack and kill the intruder without a moment’s hesitation. This is why chimps do not have tribes. Their territorial aggression towards outsiders restricts them to small residential groups of 15 to 150 individuals. These groups never aggregate to form the much larger, ‘tribal’ units of thousands of individuals characteristic of human social organization in stateless societies.

Something happened in human evolution to change this situation. Individuals, rather than acting aggressively by default towards members of neighbouring residential groups (or ‘bands’), came to interact peacefully with them. Larger, tribal units composed of many bands became possible—units that often waged war on each other, but in an organized way that involved a remarkable level of intra-tribal cooperation among large numbers of genetic non-relatives. In one of the most important transitions in human evolution, the pacification of inter-group relations at small scales brought a new level of organization—the ‘tribal’ level—into existence.

This non-violence towards members of neighbouring groups began, I suspect, as a form of biological altruism. In a population in which the default is to kill outsiders, to spare one confers an obvious benefit on the recipient. But there is also a cost to the actor, in the form of a risk that the spared individual will injure or kill you or one of your relatives, or make off with food or other resources. This is a risk that chimps are not willing to take.

From genes to culture

We don’t know why this form of altruism first evolved. Genetic relatedness may have had some role: when there is significant interbreeding between groups, individuals in different bands may still be genetic relatives to some degree, even if they are strangers to each other.[1] But I doubt whether genetic relatedness would have been high enough. Studies of present-day hunter-gatherers by Kim Hill and colleagues suggest that, because there is so much migration between bands, genetic relatedness is actually very low indeed.

A different possibility is that human prosocial dispositions are products of cultural evolution. In recent years, many theories and models of cultural evolution—that is, the evolution of beliefs, values, skills, and other ‘cultural variants’—have been developed. The field is thriving, and the concept of ‘cultural group selection’ in particular is gaining traction. But concepts of inclusive fitness and relatedness, despite being incredibly valuable for understanding genetic social evolution, are notable by their absence.

In Chapter 8 of The Philosophy of Social Evolution, I consider the prospects for a theory of cultural inclusive fitness, and I ask whether might it be able to provide a better account of the origin of large-scale human cooperation than the traditional genetic version.

Suppose, then, that you are a meme in a population in which cultural transmission is exclusively parental and entirely unbiased—that is, people only ever acquire memes from their biological parents, and they get a random sample of their parents’ memes. These are not realistic assumptions (see below), but they make the analogy with genetic inheritance as close as possible.

Like a gene, you have two ways to achieve your goal of increasing your representation in future generations. One is to promote the reproductive success of your host. The other is to increase the number of offspring of others who are more likely than average to possess copies of you. In the right circumstances, it may be in your interests to help others at a cost to your own bearer, if the total number of copies you leave in future populations is thereby increased.

This case is exactly analogous to a traditional case of kin selection. Note, though, that the likelihood of two individuals sharing a particular meme may differ from their likelihood of sharing a particular gene. Cultural inheritance, even when exclusively parental, is still a different process from genetic inheritance, and it may lead to different correlations between relatives. In principle, cultural relatedness could be high even though genetic relatedness is low, or vice versa.

In this process, the condition for the spread of a cultural variant is given by a cultural analogue of Hamilton’s rule. It’s a rule with the same ‘rb > c’ form, but now r is cultural relatedness rather than genetic relatedness—it’s a formal measure of the cultural similarity, not genetic similarity, between social partners.

Although the rationale for the cultural analogue of Hamilton’s rule is easiest to see by looking at cultural evolution from the perspective of an imaginary meme, the mathematical result does not rely on a meme-like conception of cultural inheritance. The result still holds even if beliefs, skills, values, etc. are modelled as quantitative traits that are not at all meme-like, but rather blend together—in other words, the result still holds if your children inherit a messy blend of your beliefs, skills, values, etc. rather than a high-fidelity copy.

In short, memes are a ladder we can kick away. A more general notion of cultural relatedness—a measure of the statistical association between the quantitative ‘cultural variants’ of interacting agents—is a more useful concept that does not assume particulate cultural inheritance. This is the key advantage of cultural inclusive fitness over memetics—it requires no assumption of particulate inheritance, and aims to derive results that still hold on the assumption of blending inheritance.

Obviously, our original assumption that cultural transmission is exclusively parental and entirely unbiased—an assumption we made to get the closest possible analogy with genetic kin selection—is an unrealistic assumption. Cultural transmission is not exclusively parental: people acquire beliefs and values from others who are not their biological parents. And it is far from unbiased: some cultural traits are much more likely to be transmitted than others.

Crucially, though, the tools we develop to accommodate these complications in the case of microbial evolution (see Part 3) can also be usefully applied to the human case. Humans have rediscovered something that is widespread in bacteria, but that went missing for a few hundred million years of animal evolution—we have rediscovered horizontal transmission. Ways of incorporating horizontal transmission into models of microbial evolution also help us incorporate it into models of human evolution.

The upshot is that I think the prospects are good for a theory of cultural inclusive fitness, based on something like the diachronic concept of relatedness I developed for use in the case of bacterial evolution (see Part 3). In Chapter 8 of The Philosophy of Social Evolution, I take some initial steps towards developing such a theory. But the theory is at an early stage and there is much left to do.

Let’s now return to the puzzle I introduced earlier. How did the scope of human altruism come to extend beyond the limits of the immediate residential camp or band, to encompass an extended ‘tribal’ social network of hundreds, and eventually thousands, of individuals?

Cultural inclusive fitness, however, may be of use. Patterns of migration between bands create extended networks of acquaintance, friendship and kin relations—each individual has a large network centred on itself, consisting not just of immediate friends and kin, but of friends of friends and kin of kin. Many of the ‘strangers’ in neighbouring groups will be friends of friends or kin of kin. If present-day chimpanzees are any guide, the common ancestor of humans and chimps would have treated all members of other bands with hostility. However, a process of ‘cultural kin selection’ might favour a reduction of inter-band aggression.

Why? Because strangers from adjoining bands would have been culturally related. A study of present-day hunter-gatherer social networks by Coren Apicella and colleagues shows that cultural variants, including tendencies towards prosocial behaviour, are correlated across two degrees of separation. Your friends’ friends, who may be unfamiliar to you, live far away from you and be genetically unrelated to you, will nevertheless tend to have beliefs and values that are correlated with yours.

This is probably due to a mix of conformist bias (people tend to conform to the average beliefs and values of their social network) and assortative network formation (people tend to interact more often with people culturally similar to themselves). Whatever the cause, the result is that, when you meet strangers from neighbouring camps, they are probably your cultural relatives, and it may increase your cultural inclusive fitness to help them, or least to refrain from hurting them.

This can lead to the selection of prosocial beliefs and values under a process of cultural selection. In such a process, prosocial beliefs, such as the belief that one should not harm members of a neighbouring camp, spread for fundamentally the same reason genes for altruism spread—because the benefits they generate fall differentially on other bearers of the same belief.

This is a hypothesis about how multi-band, ‘tribal’ social groupings originally got started. It is a speculative and unconfirmed hypothesis. It relies on cultural correlations existing in extended social networks between individuals who are more or less strangers to each other—and there is evidence of this. But the evidence is far from sufficient to call the hypothesis confirmed.

Still, it is enough to show that there is serious work for a theory of cultural inclusive fitness to do. We don’t know how large-scale social organization began in the human lineage. We don’t know how the scope of human altruism and prosociality came to extend so far beyond the network of one’s genetic kin—bucking the trend in the rest of the natural world. The concept of cultural inclusive fitness may help us develop a solution to that puzzle.

[1] This possibility is explored by Bernard Chapais in his book Primeval Kinship (2008, Harvard University Press).