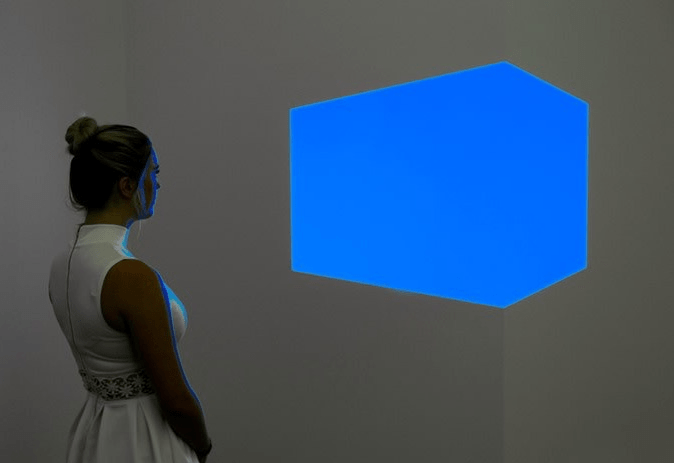 I want to thank John Schwenkler for inviting me to blog about my new book The Perception and Cognition of Visual Space (Palgrave, 2018). In this first post I outline the two major concerns of 3D vision: (1) inconstancy, and (2) inconsistency, and suggest that inconsistency can be avoided by reformulating the perception/cognition boundary.

3D vision is going through a period of transition. In the space of 20 years it has gone from being a central concern of predictive models of the brain (Knill & Richards, 1996) to not being mentioned at leading conferences (https://sites.google.com/view/tpbw2018/). If you think of 3D vision in Representational terms (as the extraction and representation of the 3D properties of the physical environment), it would appear that most of the interesting questions have been resolved and the discipline is in decline.

And yet 3D vision remains plagued by two fundamental concerns:

Representational accounts struggle to fully address these concerns, and so in recent years a number of alternative accounts of 3D vision have emerged: 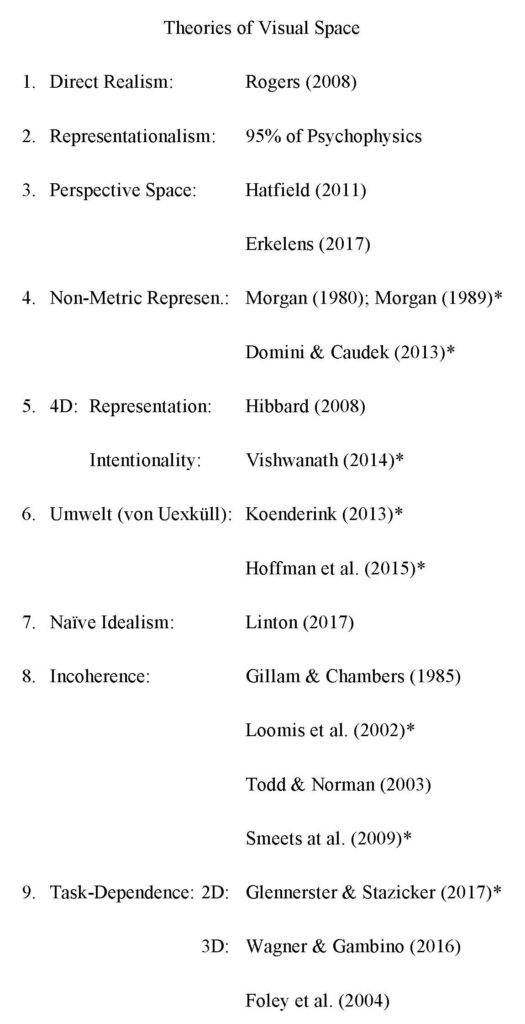 Apart from Direct Realism and Representationalism, the common theme is a shift away from the veridical representation of the 3D properties of the physical environment (see Albertazzi et al., 2010; Wagemans, 2015). In the case of the accounts marked with a *, 3D vision is refined for action in, rather than knowledge of, the environment (reflecting a more general ‘pragmatic turn’ in cognitive science: see Engel et al., 2013; Engel et al., 2016).

In this initial post I want to use the problem of inconsistency to introduce the distinction between ‘perception’ and ‘cognition’ that runs through my book. This distinction is not one that vision science has traditionally embraced. There are three reasons for this:

It is true that in recent years vision science has begun to take the distinction between perception and cognition more seriously, at least in two contexts:

But in the first chapter of my book (which is freely available: https://linton.vision/download/ch1uncorrected.pdf) I argue that such treatments don’t go far enough: First, I argue that there is a distinct level of cognition that is post-perceptual but pre-decisional, and so cannot be captured by the false dichotomy between ‘perception’ and ‘decision strategies’. Second, I argue that the distinction between perception and this species of cognition is surprisingly low-level (much lower than the ‘top-down’ influences Firestone & Scholl have in mind) and this leads us to question the fundamental building-blocks of vision itself, such as pictorial cues and cue integration.

Underpinning my account is the belief that we cannot distinguish ‘perception’ and ‘cognition’ in the abstract. Asking whether we ‘see’ higher-level properties such as causation, intention, or morality is meaningless until we have a proper litmus-test by which to understand just how low-level cognition can be. This can only really be achieved in the context of 3D vision, where we can tease out the lowest-level conflicts between what we think we see and what we actually see.

Readers of this blog will be familiar with the idea that our depth judgements are inconsistent (https://philosophyofbrains.com/2017/12/12/new-action-based-theory-spatial-perception.aspx). I want to consider three examples of this inconsistency:

By contrast, I argue that in each of these experiments what we find is a conflict between (a) our perceptual judgements (our impression of depth magnitude) and (b) our actual visual experience (as revealed by a simple comparison: e.g. closing one eye in Todd & Norman, 2003 and Doorschot et al., 2001, or attending to the difference in depth between the dot and the texture in González et al., 2010). The only way to account for this conflict between visual experience and perceptual judgement is to posit the existence of a low-level layer of post-perceptual (i.e. cognitive) processing that is automatic (we don’t have to do anything), unconscious (we are unaware of it), and involuntary (we cannot overrule it).

The purpose of my book is to explore experimental strategies that might tease apart our genuine visual experience from this post-perceptual processing, and I argue that the unconscious inferences attributed to 3D vision by a long tradition stretching from al-Haytham (c.1028-38) to Cue Integration (Trommershäuser, Körding, & Landy, 2011) are better thought of in terms of automatic post-perceptual processing.