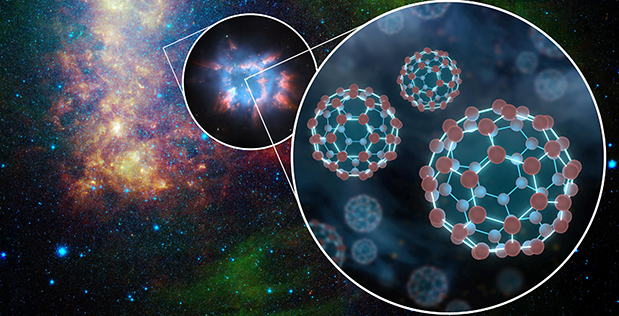 Other times the combination problem seems less like an argument, and more just a question: ‘how do particle-minds combine into human minds?’ This question is at once too hard and too easy to answer: it’s too hard to give the actually correct answer (just like it would be too hard to demand that Epicurus know the true theory of how atoms react and bond, before accepting his atomism), but too easy to just give one possible answer, to tell a speculative story in which minds combine in just the way we want them to.

In Combining Minds I offer ‘panpsychist combinationism’, trying to balance ‘work out which premise of this argument to reject’ with ‘sketch out a speculative story’, using the arguments to reveal constraints on what the story could look like. In this post I’ll focus on some of the ways that the mental combination required by panpsychism differs from the kinds looked at in the previous posts.

Here’s one: panpsychists think consciousness is a strictly fundamental property – not a superficial abstraction, not a high-level fuzzy-bordered pattern like ‘being a good listener’ or ‘macrofauna’, but one of the basic building blocks of reality, like ‘mass’ or ‘space’. And I argue that one implication of this is that panpsychists should accept unrestricted combination of consciousness. That is, we don’t divide composite things into those that do, and those that don’t, inherit consciousness from their parts. If I’m conscious because I’m made of conscious matter, so is the table, so is ‘all the air in this room’, considered as one whole, so is ‘my and all the air in this room’, considered as one whole, and so is the solar system, despite me using it in post 2 as an example of something clearly not conscious.

That’s because, while there are lots of interesting and important differences between one large-scale physical system (like me) and another (like this table), those differences are all ultimately matters of degree, with no fundamental break in between (see Goff 2013 for a longer version of this argument). It’s the same sort of stuff, just arranged differently, and in between any two arrangements, there’s an intermediate arrangement that’s more like each than the other is. On the hypothetical continuum from ‘matter organised like a brain’ to ‘matter organised like a table-leg’, there’s no non-arbitrary place to draw a sharp line dividing ‘conscious’ from ‘non-conscious’. There can differences of degree, and there can be fuzzy lines, but (I argue) fuzzy lines only really make sense for non-fundamental properties, which can be analysed into degrees on an underlying scale.

(Metaphysically-inclined readers may recognise this form of argument from David Lewis’ case for ‘unrestricted composition’, the view that any set of things in the world compose a whole (Lewis 1986 p.212 ). Even disconnected things, like the front half of some trout somewhere and the rear half of some turkey somewhere, can be treated as one and in that sense form a whole – Lewis calls this a ‘trout-turkey’.)

A lot of panpsychists, I think, see this profusion of indefinitely many overlapping conscious subjects – this ‘universalism’ – as something to avoid. They see the challenge as ‘how do we develop a panpsychist theory that doesn’t imply universalism?’ (see e.g. Mørch 2019, cf. Buchanan and Roelofs 2018) I think this is the wrong direction to go: I think universalism is the natural implication of treating consciousness as really fundamental, and really akin to the fundamental physical properties. After all, every composite of particles with mass has some mass, every composite of particles that occupy space occupies some space. In terms of the really fundamental building blocks of the universe, the differences between me and a table is superficial.

So for me, the challenge is not ‘how to avoid universalism?’, but ‘how to make ourselves ok with universalism?’ Here’s one important part of that: recognising that much of this multiplicity is ‘non-summative’ (as Sutton, referenced in post 2, would say). You don’t need to be a panpsychist to think that both my brain and I are conscious, but that this doesn’t mean there’s ‘twice as much consciousness’ as we thought. My consciousness is nothing in addition to my brain’s, and its consciousness is nothing in addition to mine. Likewise, even if ‘the solar system’, or ‘me plus this table’, or ‘me plus my friend John’ are all, strictly speaking, conscious entities, it’s not like each one is adding more consciousness to the world: they’re just different ways to ‘slice it up’. Just as a trout-turkey existing doesn’t mean there’s any extra gills or wings in the world, or any extra mass or charge, so accepting that a trout-turkey is conscious doesn’t mean there’s any extra consciousness.

(This is why I think that accepting ‘experience-sharing’, and the consequent qualification to the standard idea of mental ‘privacy’, is necessary for any version of combinationism – functionalist, panpsychist, or other.)

Here’s another part of making ourselves ok with universalism: to treat most of our talk about which things are ‘conscious’ as really about which things have a particularly interesting sort of consciousness. That’s because panpsychist combinationism is a theory about ‘consciousness’ in a quite attenuated sense. Philosophers often distinguish between ‘access-consciousness’ and ‘phenomenal consciousness’ (Block 1995), or more broadly between the various cognitive functions associated with our term ‘consciousness’ and the specific phenomenon of having an inner, subjective, experience (Chalmers 1995). The former – things like the capacity for introspection, verbal report, intelligent planning, etc. – are exquisitely complex, but in principle seem like the kind of things that natural science can explain.

We don’t yet know how evolution built a system which displays the kind of flexible goal-directed behaviour, and in particular the kind of self-monitoring, that we do, nor how to artificially construct such a system ourselves. But fundamentally it’s just a matter of getting the right causal pathways, the right input-output relations, the right information-processing. Yet no amount of those things seems to tell us why there is anything it feels like for the system to do this, anything it’s like ‘from the inside’. That ‘feeling like something’ is phenomenal consciousness, and because that’s what seems distinctively hard to explain, that’s what panpsychists posit as a general property of matter.

This means that what’s universally present isn’t consciousness in the form we’re familiar with it, associated with introspection, reflection, attention, and cognitive things like that. This kind of incredibly simple, inert, unreflective, undifferentiated consciousness is, I think, very hard for us to imagine, just because any imagining of it will be integrated into our introspection, reflection, attention, etc.

If I can quote a (panpsychism-unfriendly) comment from SelfAwarePatterns (on this post here, which I agree with Philip and Sam in thinking is attacking an absolute strawman):

“I think the relevant question for panpsychists is, are you saying that the electron has perceptions, can focus attention, has imagination, emotional feelings, memories, or any of the other capabilities we commonly associate with consciousness? If not, then whatever watered down version of consciousness is being discussed isn’t the one most of us find interesting.”

And the consequence – that this isn’t the sense of consciousness that ‘most of us find interesting’ – is completely right. It’s still a theoretically important sense, because it’s the most resistant to explanation, and it fundamentally conditions how we think about the richer sense of consciousness, but by itself it’s not what we’re usually interested in. When we ask, for instance, ‘are fish conscious?’, or ‘are plants conscious?’, the panpsychist’s easy ‘yes’ is not actually an answer to the question asked, which is better framed as ‘do fish/plants have the kind of consciousness we think is important?’ (Buchanan and Roelofs 2018 is a longer version of this point).

This is why I like to think of panpsychist combinationism and functionalist combinationism as complementary theories: the former is about bare phenomenal consciousness, and endorses an unrestricted, unconditional, sort of inheritance:

…while the latter is about the sort of sophisticated cognitive functioning that we associate with the term ‘consciousness’, and endorses a conditional sort of inheritance:

Conditional Experience Inheritance: If a part of X has an experience which plays a certain functional role, then X shares that experience, with the same or similar functional role, to the extent that the part in question is connected to the rest of X such that its experience has sensitivity to, control over, and co-ordination with other events occurring in X.  (Combining Minds, page 183)

Goff, P. (2013). “Orthodox property dualism + linguistic theory of vagueness = panpsychism.” In R. Brown (ed.), Consciousness Inside and Out: Phenomenology, Neuroscience, and the Nature of Experience, Springer: 75-91.