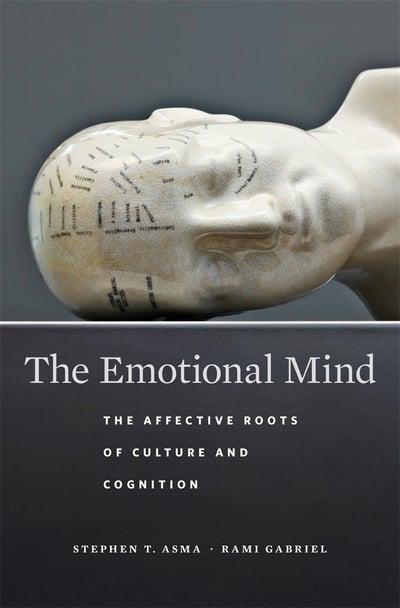 When Darwin wrote the Origin of Species, he famously closed the book with the provocative promise that “light will be thrown on the origin of man and his history.”[1] In his Descent of Man and his Expression of Emotions in Man and Animals, Darwin began to throw some of that promised light –especially regarding the emotional and cognitive similarities (homologies) of mammals.[2] But shortly after this beacon, all went dark again. The rise of positivism in the early twentieth-century, paired with the turn toward genetics, and the ascent of behaviorism effectively lowered the curtain on biological speculations about the evolution of the mind.

When researchers finally turned again to the mind in the mid-twentieth century, it was the computer that both sparked the cognitive sciences revolution and served as its exclusive investigative tool. Yet, for all the successes of artificial intelligence (and they are impressive), our understanding of biological minds seems to have gotten lost in the shuffle. While algorithmic digital computation produces problem-solving machines, such problem solving lacks the obvious motivational or conative goads and other affective triggers observed in real sentient animals. In fact, artificial intelligence and artificial life research seem to have lost interest, unapologetically, in the biological creature.

In our new book The Emotional Mind: The Affective Roots of Culture and Cognition (Harvard University Press, 2019), we argue that emotional systems are central to understanding the evolution of the human mind (as well as those of our primate cousins). Following the pioneering affective science of researchers like Jaak Panksepp, Antonio Damasio, and Fran de Waal, we bring together insights and data from philosophy, biology and psychology to shape a new research program –an alternative approach to the algorithmic assumptions of cognitive science and the post hoc stories of some evolutionary psychology.

A sufficient account of the evolution of mind needs to go deeper than our power of propositional thinking –our rarefied ability to manipulate linguistic representations in a lingua mentis. We will have to understand a much older capacity – the power to feel and respond appropriately. We need to think about consciousness itself as an archaeologist thinks about layers of sedimentary strata.

Affective science can demonstrate the surprising relevance of feelings to perception, movement, decision-making, and social behavior. The mind is saturated with feelings. Almost every perception and thought is valenced, or emotionally weighted with some attraction or repulsion quality.[3] Moreover, those feelings, sculpted in the encounter between neuroplasticity and ecological setting, provide the true semantic contours of mind. Meaning is foundationally a product of embodiment, our relation to the immediate environment, and the emotional cues of social interaction, not abstract correspondence between sign and referent. The challenge then is to unpack this embodiment. How do emotions like care, rage, lust, and even playfulness enable the social world of mammals, an information-rich niche for human learning, and a motivational system for higher-level ideational salience?

Following our late mentor Jaak Panksepp (1943-2017), we think all mammals share some foundational affective systems: FEAR, LUST, CARE, PLAY, RAGE, SEEKING, and PANIC/GRIEF.[4] Each of these has specific neural electrochemical pathways, with accompanying feeling states and behavior patterns. Other researchers draw the map slightly differently regarding what counts as a “primary emotion” but continued affective science will iron out the best taxonomy in the decades to come.

The affective systems are hierarchically structured in three layers of interpenetrating brain activities: primary, secondary, and tertiary functions. Mindbrain processing is stacked like a layer-cake, or perhaps the nested containment of Russian dolls.[5] We are well aware of the new constructivist view of emotions, typified by Lisa Feldman Barrett’s work, and we respectfully disagree with our constructivist colleagues (see our critique of Barrett et al here).

At the very bottom or at the “core” of the mindbrain are the instinctual drives, like fight or flight, and the conative motivations of intentional seeking. This primary-process layer is housed largely in subcortical areas of the brain. Panksepp describes primary-process emotions as (i) sensory affects (sensorially triggered pleasant-unpleasant feelings), (ii) homeostatic affects (hunger, thirst, etc. tracked via brain-body interoceptors), and (iii) emotional affects like sexual drive, fear, (emotion action tendencies).[6] We share these primordial affective systems with all other vertebrates. This layer heavily influences the layer above it, secondary-process emotion, which is more developed in mammals.

Secondary processing includes social emotions, like GRIEF, PLAY, and CARE. It is distinguished from the primary level because it can be sculpted by learning and conditioning. It is the layer of soft-wiring (part native instinct and part learned association), as compared to the hard-wiring of primary level emotion. Secondary-process mind includes (i) classical-conditioning, (ii) operant conditioning, and (iii) emotional habits. Emotions in primary and secondary layers are largely unconscious, and even when we are regulating them, we do not have clear introspective conscious access to their functioning.[7]

Lastly, is the top layer of the mindbrain: tertiary-process emotion. This is the layer of mind that most philosophers and psychologists tend to focus on exclusively. Here the emotions are still connected to the primary and secondary processes, but they are intertwined in the cognitive powers of the neocortex. Ruminations and thoughts, underwritten by language, symbols, executive control, and future planning constitute the tertiary-level, though they are energized by the lower level emotion. These ruminations and thoughts also serve as top-down regulators and directors of emotion.

Mammal brains consist of feedback loops between these ancient affective systems and the next layer up – the experiential learning and conditioning that the creature undergoes. At the secondary level, fear, for example, becomes more specific – rats are afraid of light, while humans are afraid of the dark. Same fear system, different threats. And, finally, in humans, another feedback loop exists between the neocortical ‘rational’ cognitive processes and the aforementioned subcortical triggers and learning systems. At this top level, the tertiary level, fear is enmeshed with higher-level conceptual and narrative thinking. Ruminations and thoughts, underwritten by language, symbols, executive control and future planning constitute this tertiary level, though they are energized by the lower-level emotion. At this third level, we arrive at uniquely human emotions, such as those elaborate and ephemeral feelings so beautifully articulated by introspective literary savants.

The biological and psychological sciences have historically isolated or focused on one layer of mind to the exclusion of others, and thereby presented partial and sometimes conflicting pictures of mind and behavior. Many computationally oriented cognitive scientists tend to focus on tertiary-level processing, while behaviorists focus on secondary-level processing.

We think the lowest layers of mind permeate, infiltrate, and animate the higher layers. The evolution of mind is the developmental story of how these layers emerged and acted as feedback loops on each other. Such feedback, however, is not strictly a brain process, but an embodied, enactive, embedded, and socio-cultural process.

[3] The mechanisms of this weighting are starting to come into focus. Damasio’s notion of “somatic marking” (1999) is a theoretical forerunner in this area, and Cecilia Heyes’ (2018) more recent discussion of “vertical associational matching” is a very compelling account of how affective values can become deeply embedded in early childhood development. Damasio, A. (1999) The Feeling of What Happens. USA: Harcourt Press. Heyes, C. M. (2018). Cognitive Gadgets: The Cultural Evolution of Thinking. Cambridge, MA.: Harvard University Press.

[4] Panksepp capitalizes the names to indicate that these specific affects are physiological/behavioral systems as well as correlated subjectively experienced emotions. But the psychological and physiological aspects are not separable in a dualistic or even epiphenomenal way. See Panksepp, J. (1998). Affective Neuroscience. USA: Oxford University Press.

[5] Frans B. M. De Waal, “Morality and the Social Instincts: Continuity with the Other Primates,” The Tanner Lectures on Human Values (Princeton University, November 19­–20, 2003).

[6] Jaak Panksepp, (2011) “Cross-Species Affective Neuroscience Decoding of the Primal Affective Experiences of Humans and Related Animals,” PLoS ONE 6, no. 8.