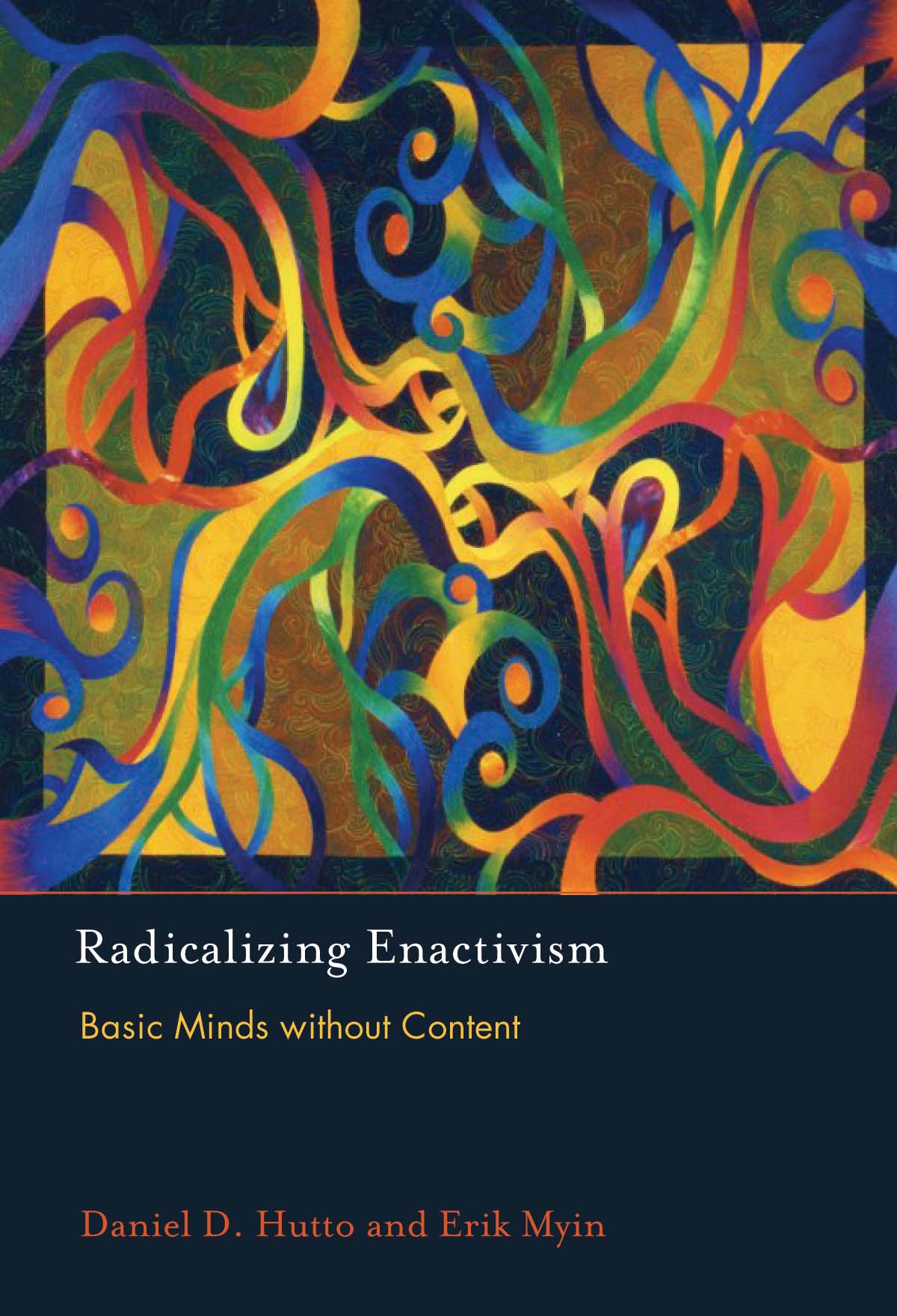 One good thing about this book is the way it carefully distinguishes various “enactivist” theses.

1. The mind is embodied, embedded, enactive, extended causally; that is, the mind causally interacts with body, environment, and whatnot. True but trivial.

2. The mind is embodied, embedded, enactive, extended in the format of its representations. Plausible on reasonable construals but pretty trivial.

3. The mind is embodied etc., constitutively; that is, parts of the body, environment, action are also parts of the mind. Possibly nontrivial  (although questionable).

4. The mind is embodied etc. constitutively in a way that rules out representationalism. Highly nontrivial!!!

Hutto and Myin defend (4) but they don’t have much new to say to defend it. Their argument is two-pronged.

The most novel point that I found is Hutto and Myin’s claim that we should simply reinterpret representational cognitive science as dwelling not in representations but in meaningless “signs”–except when we come to linguistic cognition, which is genuinely contentful. Instead of teleosemantics, they call their theory teleosemiotics–but notice that while ordinary semiotics includes semantics as a part, their teleosemiotics is about contentless signs. This sounds a lot like Stich’s syntactic theory of mind from the early 1980s (From Folk Psychology to  Cognitive Science, MIT Press, 1983), minus Hutto and Myin’s  enactivism (which plays no role in prong 2 of their argument). The big difference is that Stich wrote before teleosemantics came into the picture, so his skepticism about representation was somewhat more justified. It’s hard for me to see why we should go back to Stich’s syntactic theory after all the progress we’ve made in understanding representation during the last 30 years.

The most baffling aspect of Hutto and Myin’s book is that while they reject representation  for most of cognition, they say again and again that linguistic cognition involves representation. So, by their own standards, they owe us a naturalistic account of representation. Unfortunately, by prong 2 of their argument, such an account cannot be given. One moral is that their prong 2 “proves too much”. Modus tollens is in order.