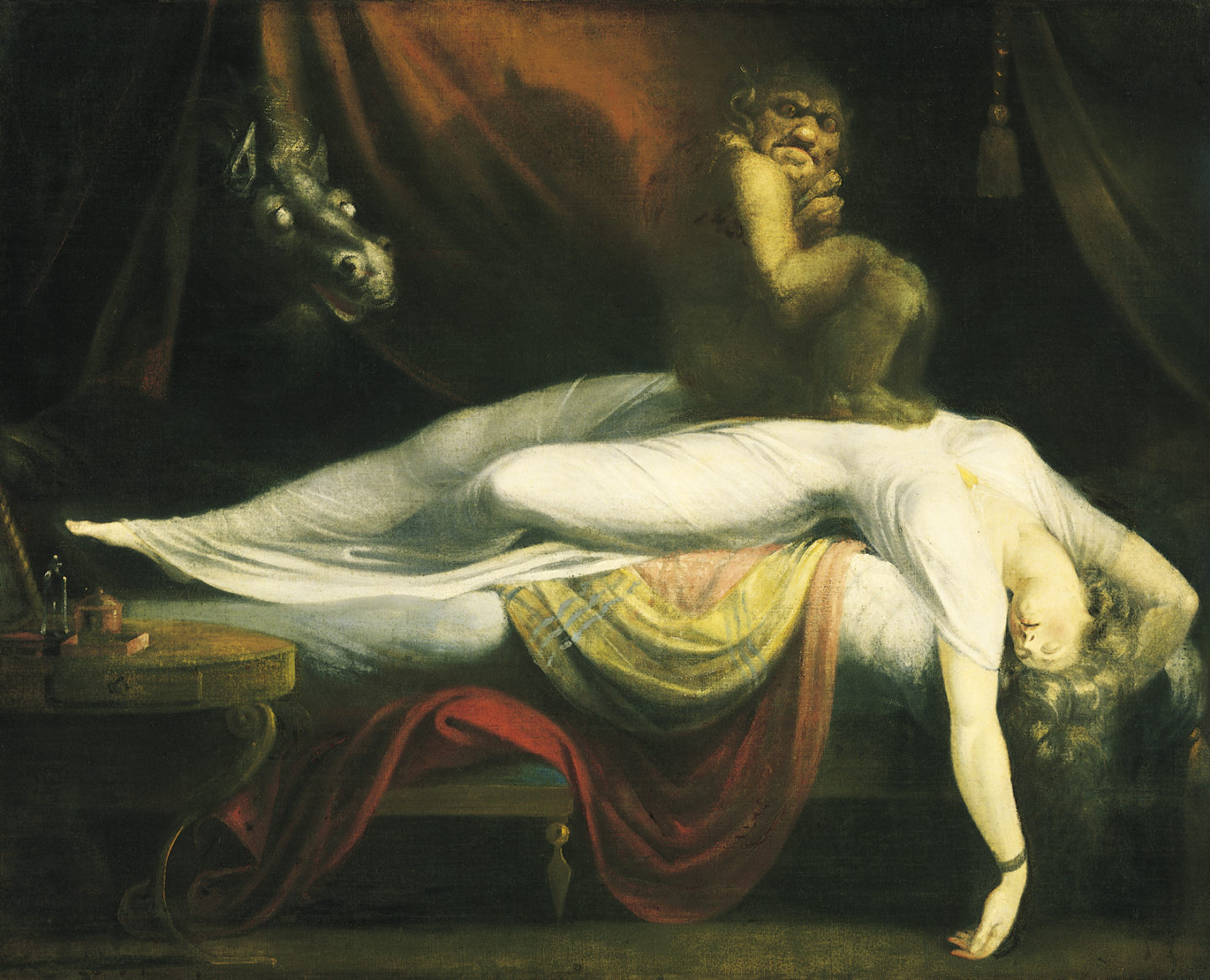 As we move from wakefulness into sleep onset and through the different stages of sleep, there are concerted changes in brain activity, the way we process external stimuli from the environment, and in the contents and structure of conscious experience. At the same time, the exact relationship between these changes remains insufficiently understood. Complex, imagistic dreams are most likely to occur in REM sleep, but rich and diverse forms of conscious mental activity occur in all stages of sleep, including sleep onset, and sometimes are indistinguishable from REM-sleep dreams (Nielsen 2000). Recently, it has been suggested that even in deep, dreamless sleep, when all forms of object-directed thought and imagery have been lost, some form of phenomenal experience persists (Thompson 2014, 2015). An upshot is that as we learn more about the different types of experiences occurring throughout sleep, sleep-stage scoring and the taxonomy of sleep stages might have to become more refined as well.

The variability of dreaming and of different kinds of conscious sleep mentation, as well as the inability, so far, to find a clear sleep-stage correlate of dreaming give rise to important conceptual problems: Where exactly does waking experience stop, and where does dreaming begin? What is the cutoff-line between dreams and forms of conscious mentation during sleep and sleep onset that do not yet count as dreaming? And is there any such thing as a phenomenal core of dreaming, a single and highly invariant phenomenal property that underlies different types of dreams? In my last post, I suggested that to answer this question, it makes sense to focus on a particular aspect of the phenomenology of dreaming: its immersive character, the sense of presence in the dream world. The question then becomes how we can further unpack this notion. What exactly does it mean to have the experience of presence in dreams?

On a purely conceptual level, we can make sense of the feeling of presence by distinguishing two components. In a spatial reading, presence involves the phenomenal here, the sense of being located at a particular point in a larger spatial expanse and at a particular distance from other persons and objects in this expanse. In a second temporal reading, presence involves the phenomenal now and a sense of duration, an anticipation of the future and a sense of pastness, of something just having happened. At least in principle, these two aspects of presence could be dissociable (Windt in press); but for now, the more important point is that we can coherently describe the notion of presence without appealing to experiences of the type commonly associated with richer, more complex forms of phenomenal selfhood, such as experiencing oneself as a thinking self and bodily agent.

Is there any reason to think that spatiotemporal self-location ever occurs in this pure, reduced form in dreams? This phenomenon has not been studied systematically, but it is striking that reports of lucid and of nonlucid dreams occasionally describe the sense of presence associated with the feeling of lacking a body or even of identifying with an unextended point in space. The dream world is still centered on the phenomenal here and now, and this appears to be sufficient for later describing the experience, in dream reports, as having involved a self. Even when other forms of imagery that characterize a majority of dreams, such as visual or auditory imagery, are lost, this feeling of presence or of self-location in a broader spatiotemporal expanse can persist. It even appears to be compatible with the experience of lacking a body, or with what I call phenomenal disembodiment (Dreaming, chapter 7). For feeling present or situated in the dream world, pure spatiotemporal self-location is enough. By contrast, when the feeling of presence is lost, there is no longer a distinction between dream self and dream world; metaphorically speaking, the dream itself dissolves. Phenomenal experience may persist, but it should no longer count as dreaming in any interesting sense of the word (for details and empirical examples, see Windt 2010; Dreaming, chapters 7 and 11).

It would be extremely interesting to study such cases of phenomenally disembodied selfhood systematically for a number of reasons. Theoretically, the phenomenology of spatiotemporal self-location might mark a point of transition between states experienced (and described) as selfless and richer forms of phenomenal selfhood: it is a candidate for minimal phenomenal selfhood, or the simplest, most reduced form of experiencing oneself as a self. This proposal extends existing work on full-body illusions and OBEs (Lenggenhager et al. 2007; Blanke & Metzinger 2009; Metzinger 2013; for the original setup, see here), suggesting that an integrated, multidisciplinary research program on dreams and full-body illusions could be a promising project for the future. The investigation of minimal phenomenal selfhood in dreams, but also of more complex forms of self-experience involving the sense of being an embodied agent, might also help make progress on a particular variant of the mind-body problem: this is what I call the body-brain-body problem, or the problem of how bodily experience in dreams, but also in wakefulness, can be understood as arising from dynamic causal interactions between the brain and the (rest of the) body (Dreaming, chapter 8).

Dreams are an interesting candidate for investigating this relationship because during sleep, and especially during REM sleep, the processing of external and peripheral stimuli is greatly reduced. This has frequently led to the claim that conscious experience in dreams is entirely decoupled from the sleeping body. On some accounts, dreaming is a naturally occurring, transient form of cranial envatment: phenomenologically, we enjoy exactly the same form of rich, phenomenally embodied experience as we do in wakefulness; yet, in sleep, this experience depends on internal brain activation only, unfolding independently of any inputs from the actual, physical body lying asleep in bed.

The view I develop in Dreaming takes a slightly different perspective on this issue. It starts out by critically assessing the empirical evidence on bodily experiences in dreams. Here, it is interesting to note that while movement is frequent in dreams, sensations of touch, pain, pressure, but also visceral, proprioceptive and ticklish sensations are described extremely rarely in dream reports (e.g. Hobson 1988; Schwartz 2000). This general pattern fits in nicely with the dreams reported by certain subject groups. For instance, phantom limb patients occasionally dream that their missing limb is still present; yet, the way it is experienced appears to be interestingly different from wakefulness. In dreams, the missing limb is seen and can be moved, but it is not felt: the unpleasant tingling and pain sensations that often characterize waking phantoms have disappeared (Brugger 2008; Frank & Lorenzoni 1989; Alessandria et al. 2011). This is not to say that we never have such bodily sensations in dreams. It would seem, however, that in a majority dreams, the self is phenomenally embodied only in a weak sense.

How does this relate to the body-brain-body problem? One reason certain types of bodily sensations are missing in dream reports (and if we take these reports seriously, as I think we should, also in dreams; see Windt 2013, Dreaming, chapters 1, 4, 7) could be that these are exactly the types of sensations that the brain does not generate when left to its own devices and when it is largely cut off, as it is in REM sleep, from the sleeping, physical body. The phenomenology of self-experience in dreams would then reflect the fact that in REM sleep, the processing of environmental and peripheral stimuli is greatly reduced. The experience of lacking a body, as in phenomenal disembodiment, might just be an extreme case of this: in minimal dreams, phenomenal selfhood associated only with spatiotemporal self-location reflects the functional, REM-sleep related disconnection from the sleeping body.

If this is on the right track, then it might not be quite correct to say that dreams are completely independent of the sleeping body. Indeed, in the 19th century, we find a view that was quite the opposite of the currently popular cranial envatment view: the Leibreiztheorie, or the view that dreams are illusions arising from a distorted perception of the sleeping body. Surely, it would be oversimplified to say that all dreams have their source in somatic stimuli; I want to propose only that in addition to investigating the neural correlates of dreaming, one might also appeal to the sleeping body to explain certain types of bodily experiences (and their absence) in dreams. Most people, for instance, have at some point in their lives dreamed of being unable to flee from a pursuer. In such dreams, the inability to move may be a reflection of the physical body lying asleep and motionless in bed. Similarly, the process of losing touch with the physical body may be reflected, on the level of phenomenal experience, as feelings of weightlessness and vestibular sensations, as in dreams of flying, floating, or falling (Schönhammer 2004, 2005).

A prediction would be that experimental stimulation of the sleeping body should leave its mark, as it were, on dreams, and in particular on the bodily dream self. And indeed, incorporation rates for real-body stimulation in dreams seem to be higher than for visual or auditory stimulation during sleep. For instance, inflating a blood pressure cuff on the leg during REM sleep frequently leads to incorporations in dreams (Sauvageau et al. 1998; Nielsen 1993). Following stimulation, subjects might report dreams of wearing strange, painful shoes that they were unable to remove, experiencing movement difficulties, or even observing another dream character’s leg being stepped on by a horse.

But my favorite example are hypnagogic hallucinations experienced during sleep onset or upon awakening. There is a long history, in many different cultures and from different times, of myths and folklore describing nocturnal intruders coming in through the window and assaulting those who are asleep in bed (Adler 2011). The descriptions of these nocturnal attacks are always very similar. Often, subjects report having woken up but being unable to move, only to find an old hag or incubus sitting on their chest, chocking or strangling them. The structure of these experiences—paralysis, difficulty breathing and sensations of pressure on the chest, as well as visual hallucinations—nicely fits in with REM-sleep related loss of muscle tone, as well as with the rapid and shallow breathing pattern that characterizes REM sleep. If these characteristic features of REM sleep persist into wakefulness, and coupled with fear, this would nicely explain the stereotyped nature of the nocturnal attacks (Cheyne 2003; Cheyne & Girard 2007). Occasionally, the experience of being awake during these episodes may itself be deceptive: a subgroup of sleep-paralysis experiences could be false awakenings, or realistic dreams of having woken up, but being unable to move (Powell & Nielsen 1998; Dreaming, chapter 10).

Either way, this is a nice example of how during sleep-wake transitions and in sleep, bodily experiences might be interestingly described as involving a distorted perception of the sleeping body. Investigating bodily experiences in dreams, but also their loss in dreams involving phenomenal disembodiment, might be a valuable way of extending current work on full-body and body-part illusions (such as the rubber-hand illusion; see Botvinick & Cohen 1998), but also of working towards a general theory of the relationship between bodily experience, the brain, and the physical body—and of how this relationship changes as we move from wakefulness into sleep and dreams.

Metzinger, T. K. (2013). Why are dreams interesting for philosophers? The example of minimal phenomenal selfhood, plus an agenda for future research. Frontiers in Consciousness Research, 4, 746.