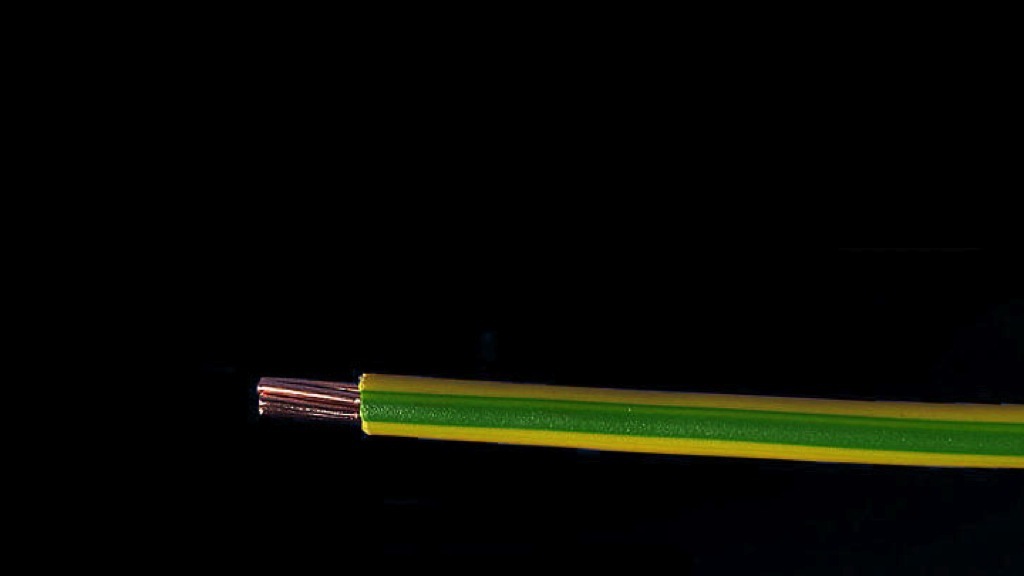 Before explaining what phenomenal expectations are and how they they solve the problem, let me first introduce a case where the problem arises.

How do four- and five-month-olds track briefly occluded objects? There is a wide range of evidence that four- and five-month-olds can track briefly occluded objects. Such evidence comes from infants’ reactions to a range of different scenarios. Some scenarios involve a comparison between the number of objects (e.g. Spelke et al. 1995), others involve infants’ abilities to track the causal effects of unperceived objects (e.g Baillargeon 1987), while others require infants to track properties such as the shape and size of unperceived objects (e.g. Wang, Baillargeon, and Brueckner 2004), or to remember the location of a hidden object (e.g. Wilcox, Nadel, and Rosser 1996). The evidence also comes from studies using a variety of different methods including habituation (e.g. Spelke et al. 1995), violation-of-expectations (e.g. Wang, Baillargeon, and Brueckner 2004), and anticipatory looking (e.g. Rosander and Hofsten 2004; Bertenthal, Gredebäck, and Boyer 2013). There seems little room for doubt, then, that four- and five-month-olds can track briefly occluded objects. But how do they do this?

The leading, best defended hypothesis is that they are able to do so thanks to a system of object indexes (Leslie et al. 1998; Scholl and Leslie 1999; Carey and Xu 2001; Scholl 2007). Call this the Object Index Hypothesis.

But what is an object index? It is ‘a mental token that functions as a pointer to an object’ (Leslie et al. 1998, 11). If you imagine using your fingers to track moving objects, an object index is the mental counterpart of a finger (Pylyshyn 1989, 68). Why do we need to postulate object indexes? Part of the answer is that a system of object indexes appears to underpin cognitive processes which are not strictly perceptual but also do not involve beliefs or knowledge states. In particular, object indexes are thought to enable adult humans to track multiple simultaneously moving objects (Pylyshyn and Storm 1988) and their directions (Horowitz and Cohen 2010), and to explain why adults are often faster in comparing features of a single object than in comparing features of two distinct objects (Kahneman, Treisman, and Gibbs 1992).

So much for adults: what about infants? The Object Index Hypothesis—according to which four- and five-month-old infants can track briefly occluded objects thanks to a system of object indexes—is supported in several ways. The presence of such a system in infants of roughly this age is supported by both behavioural (Richardson and Kirkham 2004) and neural (Kaufman, Csibra, and Johnson 2005) signatures. Further, infants’ abilities to track objects appear to be limited in ways that seem arbitrary unless they depend on a system of object indexes (Xu and Carey 1996).

There is a further, less often noted advantage of the Object Index Hypothesis. This is that object indexes are independent of beliefs and knowledge states. Having an object index pointing to a location is not the same thing as believing that an object is there. And nor is having an object index pointing to a series of locations over time the same thing as believing or knowing that these locations are points on the path of a single object. Further, the assignments of object indexes do not invariably give rise to beliefs and need not match your beliefs.

To emphasise this point, consider this scenario in which a patterned square disappears behind the barrier and later a plain black ring emerges (the figure is from Scholl 2007): 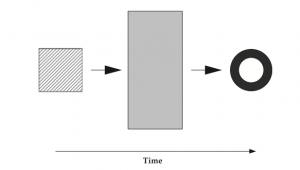 A patterned square disappears behind the barrier and later a plain black ring emerges.

So assignments of object indexes can conflict with beliefs. Why is this relevant? Earlier I emphasised the variety of evidence which shows that infants, from four months of age or earlier, can track briefly occluded objects. However, more than two decades of research strongly supports the view that infants of this age, and even infants who are several months older, systematically fail to search for briefly occluded objects (Shinskey and Munakata 2001; Meltzoff and Moore 1998; Moore and Meltzoff 2008). This suggests that four- or five-month-olds do not have beliefs about, nor knowledege of, the locations of unperceived objects. After all, a belief is essentially the kind of state that can inform actions of any kind, whether they involve looking, searching with the hands or anything else.

This is good news for the Object Index Hypothesis (and bad news for several alternatives). Since assignments of object indexes do not entail the existence of corresponding beliefs, the fact that infants of this age systematically fail to search for briefly occluded objects is not an objection to the Hypothesis.

This is the problem: What links the operations of object indexes to patterns in looking duration?

It can’t be only beliefs that link the operations of object indexes to patterns in looking duration because, as we saw above, there is much evidence that the infants in question do not have beliefs about the locations of briefly occluded objects. But then what does connect object indexes to looking times?

I suggest that it is something called a phenomenal expectation. Let me start with some illustrations. Consider this face: 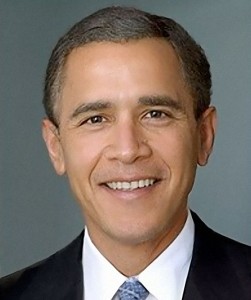 Note that the electric shock involves rich phenomenology, which varies predictably with variations in its cause (so that, for example, changes in the strength of the electric current would have resulted in an encounter with different phenomenal character). So there are sensory encounters which, despite having phenomenal characters that depend in part on which properties are encountered, are not perceptual experiences as of those properties. These are phenomenal expectations.

In general, a phenomenal expectation is an aspect of the overall phenomenal character of an experience which its subject routinely takes to be informative about things that are only distantly related (if at all) to anything that those experiences intentionally relate the subject to.

Phenomenal expectations might be thought of as sensations in approximately Reid’s sense (Reid 1785b; Reid 1785a). (There are alternatives, of course.) Sensations are:

An important consequence is that phenomenal expectations can lead to beliefs only via associations or further beliefs. They are signs which need to be interpreted by their subjects, as Reid noticed (Reid 1785b, Essay II, Chap. 16, p. 228; Reid 1785a, Chap. VI sect. III, pp. 164–5).

Phenomenal expectations provide a low-cost but efficient bridge between informationally encapsulated processes and thinking. They are a means by which cognitive processes enable perceivers to acquire dispositions to form reliably true beliefs.

The Developmental Origins of Knowledge of Objects

Answers to questions like this typically assume that whatever underpins infants’ abilities to track physical objects also provides a conceptual identification of objects and some of their properties such as location or size, or else that it involves standing in some kind of intentional relation to these things. This is true of Spelke’s suggestion that mature understanding of objects (and also number, and mind) derives from core knowledge by virtue of core knowledge representations being assembled (Spelke 2000). It is also true of claims by Leslie and others that modules provide conceptual identifications of their inputs (Leslie 1988), of Karmiloff-Smith’s representational re-description hypothesis (Karmiloff-Smith 1992), and perhaps of Mandler’s claim that ‘the earliest conceptual functioning consists of a redescription of perceptual structure’ (Mandler 1992).

The guess about phenomenal expectations linking object indexes to patterns of looking duration is incompatible with such views. Rather than assembling or redescribing representations, development must be a process of rediscovery.

Coming to know facts about physical objects is a matter of rediscovering things already implicit in a system of object indexes, or so the guess about phenomenal expectations implies. Some might object that development can’t require such rediscovery because it would be hopelessly inefficient to require things already encoded to be learnt anew. But rediscovery is an elegant solution to a practical problem. If you are building a survival system you want quick and dirty heuristics that are good enough to keep it alive: you don’t necessarily care about the truth. If, by contrast, you are building a thinker, you want her to be able to think things that are true irrespective of their apparent survival value. This cuts two ways. On the one hand, you want the thinker’s thoughts not to be constrained by heuristics that ensure her survival. On the other hand, in allowing the thinker freedom to pursue the truth there is an excellent chance she will end up profoundly mistaken or deeply confused about the nature of physical objects (especially if she’s a philosopher, it seems). So you don’t want thought contaminated by survival heuristics and you don’t want survival heuristics contaminated by thought. Or, even if some contamination is inevitable, you want to limit it. This combination is beautifully achieved by giving your thinker a system or some systems for tracking objects and their interactions which appear early in development, and also a mind which allows her to acquire knowledge of physical objects gradually over months or years, taking advantage of interactions with objects as well as social interactions about objects—providing, of course, that the two are not directly connected but rather linked only very loosely, via phenomenal expectations.

Leslie, Alan. 1988. “The Necessity of Illusion: Perception and Thought in Infancy.” In Thought Without Language, edited by Lawrence Weiskrantz, 185–210. Oxford: Clarendon.

Scholl, Brian J., and Alan Leslie. 1999. “Explaining the Infant’s Object Concept: Beyond the Perception/Cognition Dichotomy.” In What Is Cognitive Science?, edited by E. LePore and Zenon W. Pylyshyn, 26–73. Oxford: Blackwell.