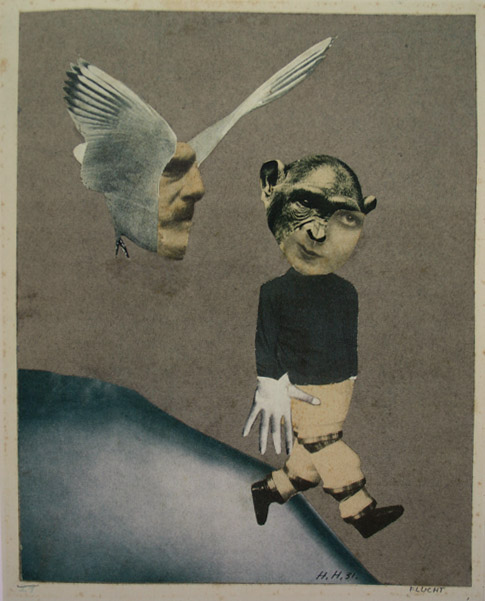 In my first post on Monday, I mentioned that emotions have a complex normative dimension and that noncognitive accounts do not pay enough attention to the normativity of emotions. Embodied accounts (as I argued in yesterday’s post) explain quite nicely the central role that internal arousal, bodily postures, and facial expressions play in the constitution of the emotions’ being meaningful and action-orienting at the same time. Yet embodied accounts are particularly constrained when it comes to accounting for the normative dimension of emotions. This is because they (usually) are committed to naturalism and externalism. Let me explain what I mean by these terms and why I think they restrain embodied accounts.

Naturalism is usually understood as involving the ontological claim that there are no supernatural entities and that methodological claim that everything there is should be explained with reference to the best sciences we have. While naturalism constrains how we can account for norms and values, externalism forces us to think of the intentional objects of emotions as being definable independently of the emotion (so we cannot account for the emotions’ intentional objects in terms of, say, response-dependent value-properties). In my book I argue that we can account for the normativity of emotions without abandoning the framework of embodied accounts just described if we also assume that emotions are about affordances.

Affordances, according to James Gibson (1986), are features of the environment that exist objectively but only in relation to the organism and its abilities. These features are of value to the organism, they offer possibilities for action, and they highlight things that should be approached or avoided. For a particular organism, certain fruits look edible; for persons of a certain size and shape, certain objects look sit-upon-able; and so on. Gibson assumes that perception always involves proprioception and thereby has intentional objects that are fundamentally observer-relative, although the external information that is picked up through perception is assumed to be real. A tree might look climbable to a squirrel but not to me, while the floor looks walk-upon-able to me but not to a fish.

Things in the environment can be perceived as being of value, insofar as they match with the organism’s needs and skills. The notion of value here can be understood as an instrumental notion. Things needn’t be construed as being in any intrinsic or context-independent sense good or bad; they are simply good or bad for particular organisms in particular environments. But, crucially, their being good or bad for the organism does not depend on the organism representing them (or responding to them) as good or bad. An animal in an unfamiliar environment might entirely lack the ability to represent some berries as indigestible. But these berries nonetheless have the property of being indigestible simply in relation to the organism and its needs and abilities.

In the case of fear, rather than only representing something’s being dangerous, we represent it as a danger-to-be-avoided. Being dangerous is a relational property that was present in the environments of our ancestors already before they were able to respond emotionally to dangerous situations. The pattern of bodily reactions that evolved in response to this relational property turns the property into an affordance: something that is not only related to us as living organisms, but also to us as agents with certain abilities.

Gibson thinks of affordances as objects that are of value to the perceiving organism: