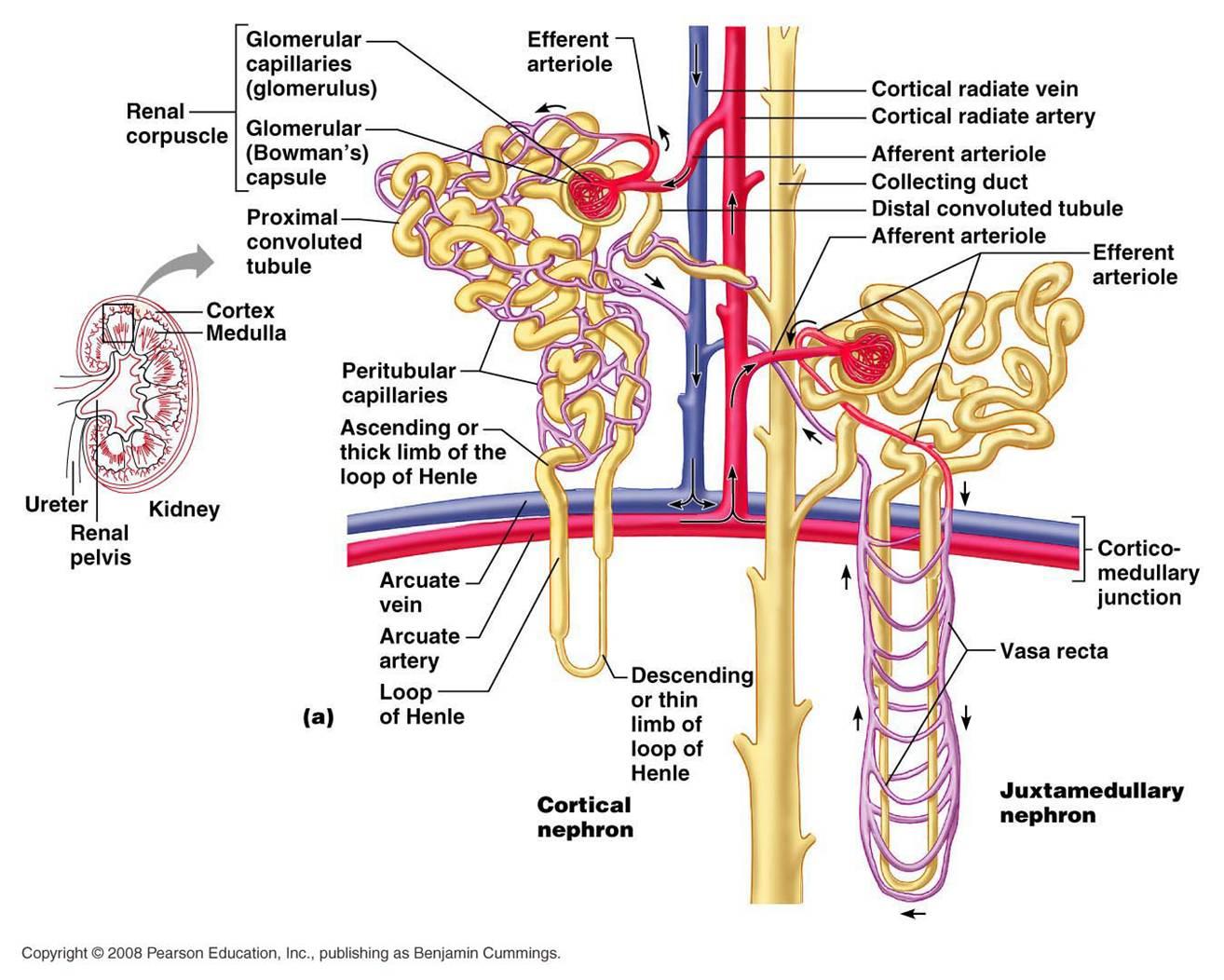 Part I of the book clears space for later work and supplies a key theoretical platform. To get us started, I briefly sketch the outlines of the scientific views to highlight how they differ from philosophical accounts of reduction /emergence; and to broach a diagnosis of how the dislocation between philosophy and the sciences arose.

In the post accompanying this one, I will focus on compositional explanation and the “vertical’ relations they posit. Since the Scientific Revolution, compositional explanations have been one of the main engines of the remarkable transformation of our understanding of nature. Consider just a few examples of compositional explanations to appreciate their features and breadth. We take the movement of the earth’s surface, including the movement of landmasses, to be explained by the movement of the continental plates and currents of magma that we take to compose the earth. We explain the motility of cells using the properties and relations of the molecules that we take to compose them. Or, as the diagram heading this post illustrates, we explain the kidney and its properties using components, like nephrons and their properties, that are taken to compose them.

One of the features I highlight about each of these views is that much is left unarticulated, but let me highlight some key features of these positions. Later posts offer my full theoretical reconstructions of the views.

Defenders of the Age of Reductionism, like the Nobel Prize winning physicist Steven Weinberg, biologists like Francis Crick or E.O. Wilson, and many others,  continue to press increasingly sophisticated views under the banner that “Wholes are nothing but their parts”. Crucially, either globally or in local examples of compositional explanation, such scientific reductionist press the point that reflection on compositional explanations leads to the conclusion that only components are determinative. An array of sophisticated, connected claims about laws, methodology and funding, are then also offered building on this core ontological claim.

In contrast, I detail how scientific emergentists also focus on cases of compositional explanation but defend a very different picture of their import. The scientific emergentists of this generation, like Laughlin or the other condensed matter physicist Philip Anderson, chemists such as Ilya Prigogine, neuroscientists like Walter Freeman, and many in systems biology or the sciences of complexity, still defend ontological positions claiming that “Wholes are more than the sum of their parts”, but the new wave of emergentists now make the latter claim alongside views that I contend can be sloganized as “Parts behave differently in wholes”. In particular, I highlight how scientific emergentists use our empirical findings to defend “downward” determinative relations from composed entities to their components.Such scientific emergentists are not offering an “emergence of the gaps” based upon ignorance. Instead, they focus on very well understood scientific cases where we actually have quantitative accounts of components alongside qualitative treatments. Thus the problematic cases of consciousness and quantum mechanical phenomena beloved of many philosophical proponents of “emergence” are not the focus of scientific emergentists. The following gives an illustrative list: high-energy superconductivity (Laughlin (2005)); thermodynamical systems (Prigogine (1968)); Benard cells in chemistry (Nicolis and Prigogine (1989)); the eukaryotic cell (Boogerd et al. (2005); Harold (2001)); slime mold ((Garfinkel (1987); Nicolis and Prigogine (1989)); neural populations (Freeman ((2000a), (2000b)); the behavior of eusocial insects like ants and bees (Wilson and Holldobler (1988)); and flocking behaviors in vertebrates (Couzin and Krause (2003)).

Overall, my survey of these scientific positions highlights a number of commonalities between scientific reductionism and emergentism. Each position defends integrated nomological, semantic and methodological views apparently driven by their opposing ontological claims about the implications of compositional explanations and other empirical evidence. The two scientific groups overlap in their common failure to articulate their key ideas and arguments leaving us with harmful theoretical deficits in under described arguments, notions and positions. But the two groups are also clearly pursuing the metaphysics of science by engaging ontological issues arising from within the sciences.

Against this background, turn to philosophical debates starting with the famous philosophical debates over “reduction”. The immediate point to note is that philosophers have long focused on the “semantic”, or “Nagelian”, picture of reduction outlined by the Positivists. Thus philosophical debates over ‘reduction’ have often followed the Positivists by focusing upon their semantic model of reduction that (i) uses the Deductive Nomological account of scientific explanation excluding compositional explanation, (ii) focuses upon the relations of semantic entities like statements, (iii) entails that higher sciences are dispensable and lower sciences are semantically omnipotent, and (iv) implies that there is no macro-world. Unfortunately, the semantic model of reduction, and the accounts of nature and the sciences it implies, fit very poorly with what we know of both nature and the sciences. And this view of reduction is plausibly labeled “metaphysics for science”, since it is a theoretical view plausibly imposed upon scientific phenomena by the Positivists for programmatic reasons.

Interestingly, although mainstream philosophy of science has abandoned the Deductive Nomological model of explanation, the associated semantic view of reduction is still widely held. The reason for this is that it is semantic reduction that is attacked by the famous philosophical critiques of “reduction” offered by Putnam, Fodor, Kitcher, Wimsatt and others. These writers used features of compositional explanation to critique many claims of Positivism, including its semantic account of reduction. Thus the so-called “Multiple Realization Argument” was taken to show we cannot get the identities needed for semantic reduction and the “Predicate Indispensability” was taken to establish predicates of higher sciences are indispensable for expressing truths about nature even though the semantic view of reduction implies lower sciences can, in principle, express all the truths.

More recently, philosophers like Jaegwon Kim have pioneered ontological approaches to reduction in the sciences with greater connections to the views of scientific reductionists. However, in presenting his views Kim, and many following him, utilize a framework for the “vertical” relations posited in compositional explanations that is drawn from standard ‘functionalist’ accounts in the philosophy of mind developed for other phenomena. Similarly, much recent work in philosophy of science takes a similar tack towards such relations, in what I term “neo-Causal” approaches, but instead borrows frameworks developed for causal relations and then seeks to shoe-horn compositional relations, and explanations, into these alien frameworks.

The latter moves, to differing degrees, again raise the specter of metaphysics for science, i.e. imposing theoretical frameworks upon the scientific phenomena. In the accompanying post, I examine in more detail (as I do in Chapter 2 of the book) the nature of compositional explanations and also whether the latter frameworks are adequate by looking at standard ‘functionalist’ accounts, in the so called Flat or Subset view of realization, and also work from the philosophy of science based on manipulability. In the next post, I detail some of the reasons why each of these approaches do indeed fail to capture key features of scientific notions of composition and hence fails to provide an adequate account.

My work points to a diagnosis of the genesis of the dislocation between scientific and philosophical approaches to reduction/emergence residing in the tumultuous turn against ‘metaphysics’ in philosophy in the middle of the twentieth century. After this radical turn in philosophy, scientific debates over reduction and emergence have been left as the area most directly pursuing the metaphysics of science in their focus on the ontological implications of scientific concepts of composition, whilst philosophical debates have ended-up pursing metaphysics for science, to lesser or greater degrees, in the application of scientifically alienated frameworks in understanding composition, reduction and/or emergence in the sciences. This diagnosis also provides further reason to believe that the scientific debates are indeed in closer contact with the real issues about reduction/emergence in contemporary science than the received philosophical frameworks.

My surveys also suggest an obvious remedy for the dislocation: Construct an adequate theoretical framework for the foundational scientific notions of composition (and compositional explanation), use this framework to reconstruct the positions and arguments of scientific reductionism and emergentism, and then use these reconstructed positions to refresh our understanding of debates over reduction and emergence. This is the strategy I pursue in the book and in the next post I briefly survey my beginning framework for scientific composition.