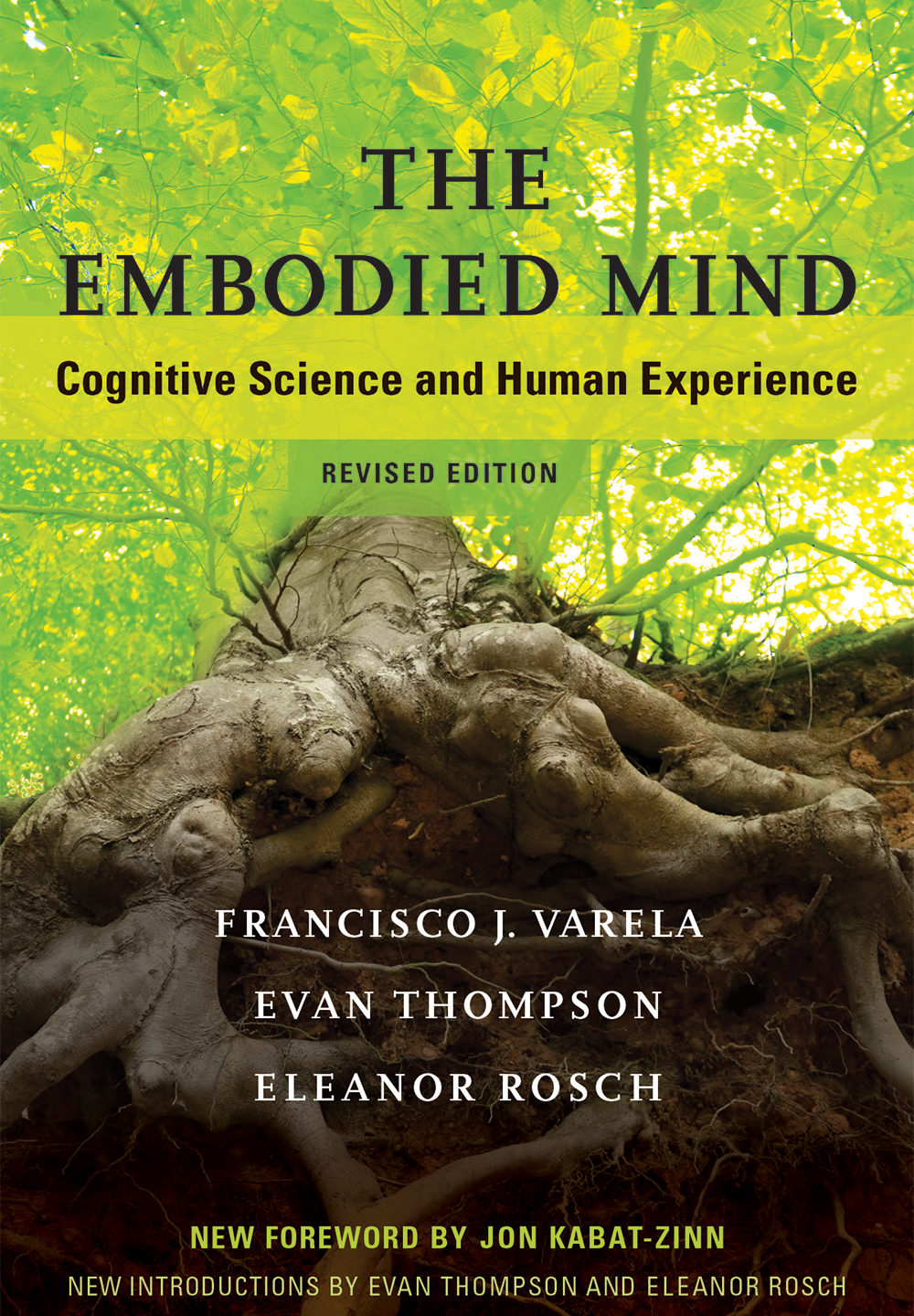 Thanks to John Schwenkler and The Brains Blog for giving me this space to write about the new, revised edition of my book, The Embodied Mind: Cognitive Science and Human Experience, co-authored with neuroscientist Francisco J. Varela (1946-2001) and psychologist Eleanor Rosch. The MIT Press first published the book in 1991; the revised edition, published in January 2017, leaves the original text unchanged (except for some minor corrections) but adds two new introductions, one by me and one by Eleanor Rosch, as well as a new foreword by Jon Kabat-Zinn.

Let me begin by telling you a little bit about how the book came to be written. Varela and I started working on it just over thirty years ago, in the summer of 1986, in Paris, so when I look at the book now, let alone try to write about it, I feel a kind of retrospective vertigo. Back then I was a first-year Ph.D. student in Philosophy at the University of Toronto and Varela had just moved to the Ecole Polytechnique and the Institut des Neurosciences.

We had met in 1977 when he came to a conference at the Lindisfarne Association, an educational institute and community founded by my parents, William Irwin Thompson and Gail Thompson, in Southampton, New York. My father and Gregory Bateson, who was our scholar in residence, led the conference, called “Mind and Nature.” (Bateson’s book, Mind and Nature: A Necessary Unity, was published in 1979.). Varela in turn was our scholar in residence in 1978 at Lindisfarne in Manhattan, where he finished his book, Principles of Biological Autonomy, while doing research at the NYU Brain Research Laboratories. Living together in Manhattan, he became a member of our family—a combination of uncle and older brother to me, as well as my intellectual mentor. That relationship was the context in which we worked together on The Embodied Mind in Paris from 1986 to 1989.

Varela had moved to Paris by way of the Max Planck Institute in Frankfurt (where he collaborated with neuroscientist Wolf Singer) in order to set up his lab investigating the neurophysiology of vision. I had graduated from Amherst College, where I had majored in Asian Studies, focusing on the Chinese language and Buddhist philosophy. I was about to write my Ph.D. dissertation at the University of Toronto in cognitive science and the philosophy of mind. Varela suggested that I use color vision science, specifically the comparative investigation of color vision in different animal species, as a lens for focusing on philosophical issues about perception. Color vision in birds was one of his main areas of experimental work at the time, so I learned color vision science and wrote my dissertation in his lab while we worked together on The Embodied Mind.

Eleanor Rosch joined us in 1989. I had moved to UC Berkeley, where I was a Visiting Postdoc in Philosophy, and where Rosch was a Professor of Psychology. (Varela and Rosch had been friends for many years.) The three of us finished the book in 1989-90.

Our central aim in the book was to create cross-fertilization between cognitive science and the phenomenology of human experience. Cognitive science was dominated by the computer model of the mind, which treated lived experience as epiphenomenal or irrelevant to understanding the workings of the mind, while phenomenology had retreated into the textual analysis of works by dead phenomenologists. Our approach was twofold. First, we reconceptualized cognition as a form of embodied action while reframing cognitive science as the investigation of embodied cognition. Second, we used Buddhist philosophy and accounts of Buddhist meditation practices to reinvigorate phenomenology. Out of this cross-fertilization came a new approach, which we called the “enactive approach.”

In the intervening years, many things have happened that make the book more immediately accessible than when it was first published. The embodied cognition research program is central to cognitive science and the enactive approach is well known. Whereas the dominant model of the brain in early cognitive science was that of a stimulus-driven, sequential processing computer, it’s now widely recognized that brain activity is largely self-organizing, nonlinear, rhythmic, parallel, and distributed. The idea that there is a deep continuity in the principles of self-organization from the simplest living things to more complex cognitive beings is a mainstay of theoretical biology and neuroscience. Subjective experience and consciousness, once taboo subjects for cognitive science, are important research topics in the philosophy of mind and cognitive neuroscience. Phenomenology in the tradition of Husserl and Merleau-Ponty plays an active role in the philosophy of mind and informs areas of experimental cognitive science. Meditation practices are increasingly used in clinical contexts and are a growing subject of investigation in behavioral psychology and neuroscience. And Buddhist philosophy is recognized as an important philosophical tradition and interlocutor in contemporary philosophy. None of this was true when we were working on The Embodied Mind. It’s fair to say, I think, that the book has had a hand in these advances.

Three decades later, I see the effort to create a new kind of relationship between science and human experience as the book’s original and lasting contribution. We argued for enlarging cognitive science to include transformative experiences of the self and the world, and for enlarging human experience to include insights from cognitive science. This back and forth “circulation” between cognitive science and human experience is the heart and soul of the book. It makes the book “about something real,” to borrow the opening words of Eleanor Rosch’s new Introduction, while also making the book “not fit easily into any of the usual academic disciplines.” It’s also responsible, I believe, for the book’s continuing influence in the study of embodied cognition—not just in cognitive science, but also in the arts and the humanities, as well as in somatics and the bodywork disciplines.

At the same time, when I reread the book now I can’t help but see it as limited by several shortcomings, ones that have become increasingly apparent to me over the years and that need to be left behind in order to advance the book’s vision. I’ll talk about these shortcomings in my next post.