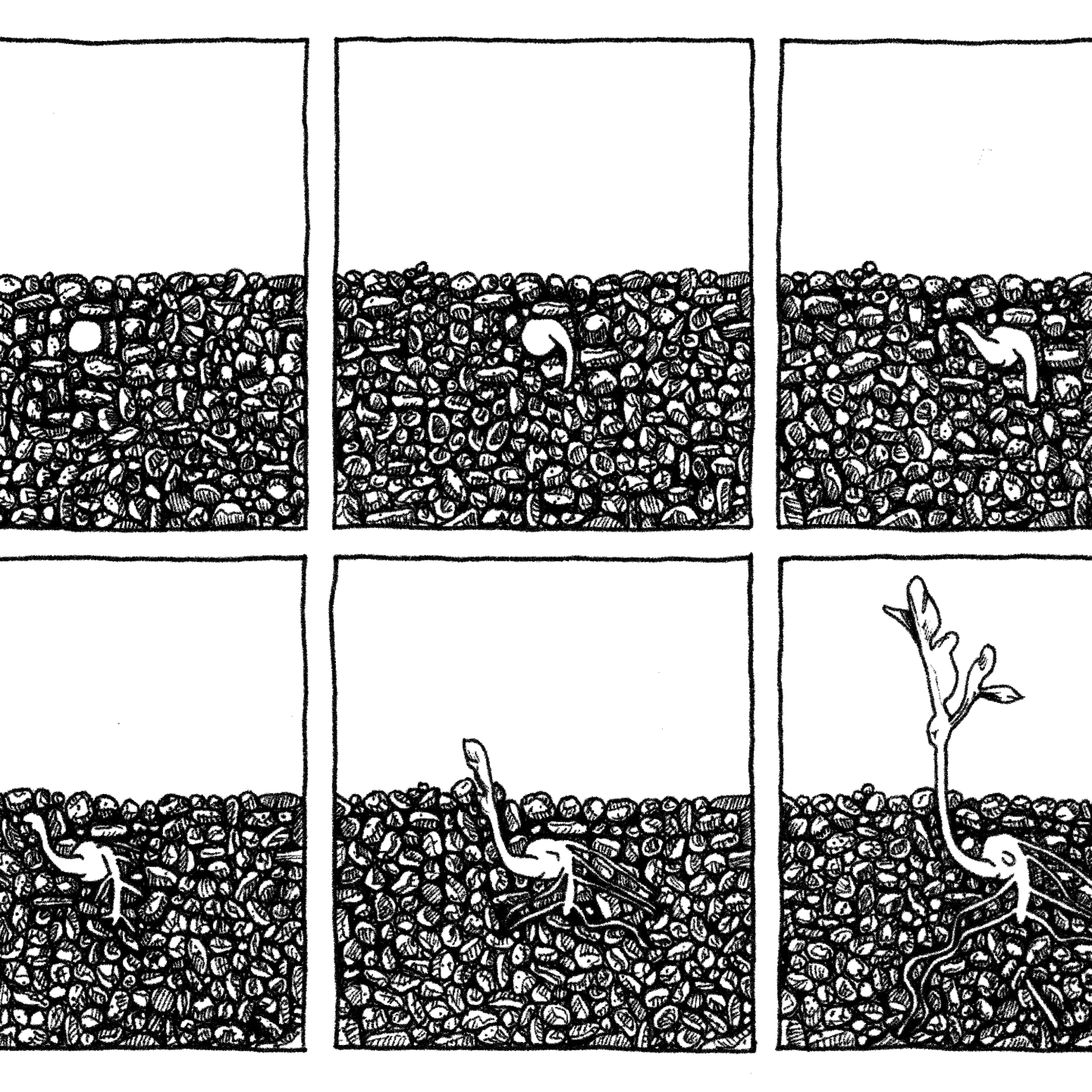 In What a Plant Knows, Daniel Chamowitz reports what plant biologists apparently have known for a long time: although plants generally stay in one place (they’re sessile), they actively negotiate their environments. Not just their cells, like all living cells, constantly do things, but whole plants and their parts—their roots, shoots, and leaves—respond to their environment.

For instance, plants use sunlight to convert water and carbon dioxide into energy. But plants don’t just get or fail to get sunlight. Most seek it. They grow towards it. If light illuminates one side of an oat seedling for long enough, that seedling will bend toward the light. If the light moves to the other side of the seedling, the seedling will in time bend in that direction. This is phototropism. A tropism is an oriented response to a stimulus. In phototropism, the plant does not merely respond to light—say, by getting warmer or starting photosynthesis—it responds to the direction of the light, either towards it (positive phototropism) or away from it (negative phototropism).

I have been talking of plants, as if they are all the same, but they are impressively diverse. There are mosses, liverworts, sequoias, and daffodils.

The vast majority of plants are vascular. Their tissues are typically arranged concentrically, one sort of tissue nested within another, roughly like a series of cylinders. Cells of different tissues are different; some have stronger walls, providing support; others have special coatings, providing protection, or impeding movement of certain substances; others are for transporting substances, such as water. Most vascular plants have roots, shoots, and leaves. Roots anchor the plant, also supplying it with water and minerals absorbed from the soil. These are then transported to the rest of the plant through the xylem, tissues of dead cells that are roughly tube-like, connected end to end, extending upward through the shoot and outward to the branches. The xylem are commonly arrayed in a ring around the center (the pith) of the plant. Leaves are the primary site of photosynthesis, which generates food (glucose) for the plant. This food moves to the rest of the plant through the phloem, which is similar to the xylem, forming a ring of channels ordinarily positioned just outside the xylem. Together, the xylem and phloem count as the vascular system.

The majority of plants are vascular, bear seeds, and flower. A seed is a fertilized egg of a plant in a protective coating. Seeds allow plants to propagate across great distances, borne by wind or water or stuck to other organisms. Flowers are the reproductive parts of the plant, the sex organs. Typically, flowers have both “male” and “female” parts, ones that can produce a small gamete (pollen) and a large gamete (egg). Since flowering plants are the most common, it is appropriate for us to focus on them.

Phototropism and gravitropism thus can tempt us to say that plants perceive.

Not so fast, you might say. True, plants respond to some aspects of their environment, but so too do rocks and puddles. Puddles evaporate when the temperature rises sufficiently, but they don’t perceive anything.

Maybe so, but plants are not merely responsive to their environments. Many of a plant’s responses have a goal, purpose, or point. Very roughly, phototropism has the goal of exposure to light. A puddle’s evaporating has no goal.

Fair point, you might admit, but human artifacts, such as a water wheel, have goals and they perceive nothing. A water wheel’s goal is to power a mill, but that doesn’t imply that in rotating in response to rushing water the wheel perceives that water or its rushing or anything at all.

Ah, here some of our initial questions sprout. Some non-organisms, such as water wheels, might indeed have goals, but they nevertheless differ importantly from plants. A water wheel does not aim to maintain itself. By contrast, a plant does aim to maintain itself. Furthermore, machines and plants have their goals in different ways—exogenously and endogenously, we might say. A water wheel’s goal is imposed on it by something other than itself. If the wheel goes awry, the miller addresses it. A plant’s goal is not imposed on it by something other than itself. If its shoots or roots go awry, the plant itself addresses it.

The urge to say plants perceive is rooted not simply in their responsiveness, or even their goal-directed responsiveness. Rather, some plant responses plausibly qualify as perceptions because they serve self-maintenance in a changing environment.