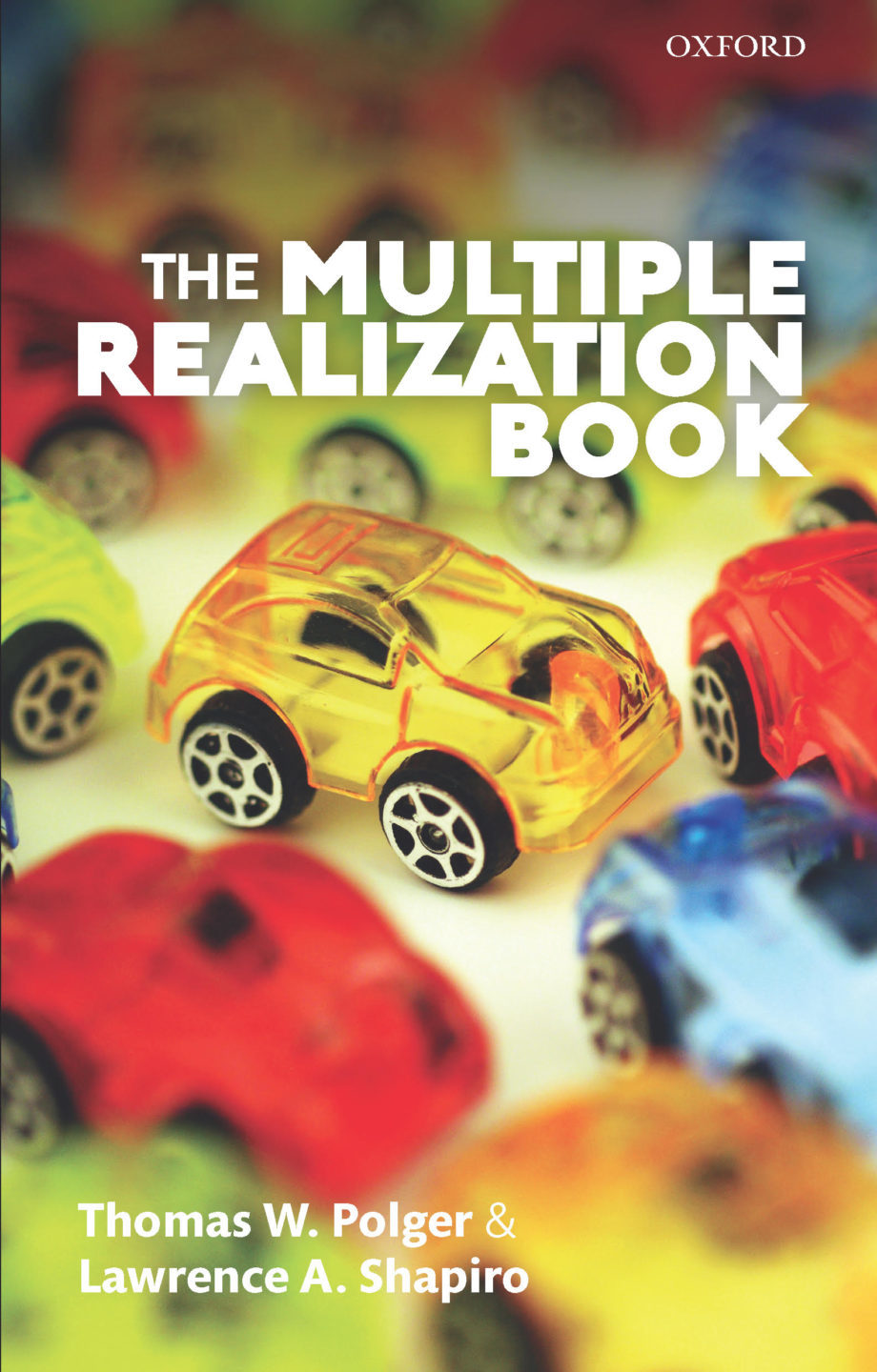 First, we’d like to thank John Schwenkler for giving us the opportunity to talk about The Multiple Realization Book (OUP 2016) on Brains. For about twenty years we’ve each been trying to understand the phenomenon of multiple realization and its importance in philosophy of mind and philosophy of science. In the mid-1990s we each, independently, became dissatisfied with the state of debates over multiple realization in the philosophy of mind and the cognitive sciences, e.g., those that focused on philosophical reconstructions of scientific categories or that centered around the question of what counts as reductive explanation. We each concluded that the very idea of multiple realization had been insufficiently articulated, and we each became convinced that a better understanding of the phenomenon was necessary, and we each had the hunch that the result would be favorable to brain-based or mind-brain identity theories. The initial parts of the inquiry went into Shapiro’s “Multiple Realizations” paper and his book The Mind Incarnate (2004), and into Polger’s paper “Putnam’s Intuition” and his book Natural Minds (2004). When writing our first books we became aware of each others’ work, and by 2005 or so we had begun to collaborate. The Multiple Realization Book is a consolidation and extension of the arguments we’ve been working on during this time.

We are philosophical naturalists. Of course ‘naturalism’ is a term that covers many sins. For us the main upshot is doubly methodological: First, philosophical questions are questions about the world, broadly construed, and should be approached by the same methods and standards of inquiry that are used for any other questions about the world. In particular, we think that all claims about the world can be evaluated in terms of their evidential support. Second, inquiry into the nature of minds (or anything else) does not begin de novo, but rather against the background of what we (i.e., we human beings) already know about the world. And what we know, we think, is that all the phenomena in the world that we know about are broadly physical. It’s famously hard to say just how physicalism as a general doctrine should be defined. But in the special case of the nature of minds, it’s generally clear what physicalist theories look like. (If we follow our approach and end up with a borderline case, then we’ll cross that bridge when we come to it—and we anticipate some of that bridge crossing in the second to last chapter of The Multiple Realization Book.)

Given our methodological commitments concerning where to start our inquiry and how to proceed, we agree with Jaegwon Kim when he says: “the mind-body problem—our mind-body problem—has been that of finding a place for the mind in a world that is fundamentally physical” (1998: 2). And since the mid-twentieth century, the main choices have been brain-based approaches (e.g., the mind-brain identity theory), varieties of behaviorism, and varieties of functionalism or other realization-based theories.

As will be familiar to many readers, the functionalist or realization theories have been ascendant since the late 1960s. Ask any undergraduate who has taken an introductory course in philosophy of mind why these theories became popular, and you will get a story about how behaviorism was refuted by Putnam and Chomsky, and how multiple realization refutes the brain-based theories. Functionalist or realization theories are “the only game in town.” But it is often forgotten that the reason for favoring realization-based theories is that they purport to do the best job of balancing the demands to account for the reality and explanatory saliency of psychological processes, on the one hand, and the diversity of psychological beings, on the other hand. Realization theories are preferable because the world is full of psychological unity despite physical disunity. This phenomenon is multiple realization—the hypothesis that a variety of physically distinctive creatures (systems) can—despite their physical dissimilarities—nevertheless have or be in the very same psychological states, e.g., pain, belief, desire, hunger, and so on. That multiple realization is actual or ubiquitous, or even possible (i.e., that psychological states are multiply realizable even if not multiply realized), is widely thought to be incompatible with brain-based theories of the mind, and therefore to strongly favor functionalist and other realization-based theories. (Behaviorism is generally thought to falter by providing an inadequate basis for the reality and explanatory saliency of psychological processes.)

It’s at this point that the other component of our methodological naturalism kicks in. Historically philosophers have sometimes thought that the “mind-body problem” is different in kind from other explanatory projects. But from our current vantage point, “our mind-body problem” (as Kim says) is just like any other explanatory challenge, and we have well established methods for approaching it. Once we recognize that the choice among theories of the nature of minds is a challenging but otherwise ordinary example of theory choice in the sciences, then we can bring our familiar methods for making such choices to bear. Chief among those is to carefully evaluate the evidence supporting various options.

As a gloss: multiple realization requires that realizers be the same but different (i & ii), and differently the same (iii & iv).

Finally, third, we consider the fallout from our arguments against multiple realizability. We have to make sure that our arguments against multiple realization don’t undermine other theoretical desiderata. Is our theory eliminativist or antirealist rather than realist? (No.) Can we account for causal explanation of and by the mental? (Yes.) Does our account fit the actual practices and methodologies of the cognitive and brain sciences? (Yes.) And can we justify the explanatory value of psychology and the cognitive sciences? (Yes.)

In subsequent blog posts we explain a bit more about our approach, our arguments, and their wider implications. But of course the devil is in the details—and the details are in The Multiple Realization Book.

Note: All citation details can be found in the references of The Multiple Realization Book.