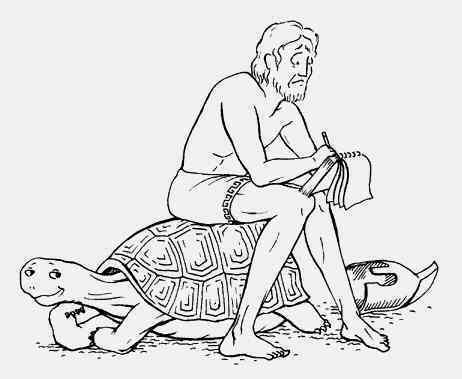 I find the challenges to the coherence of inferentialism much more powerful than the objections inherent in alternatives. That’s why I devote more time in the book to making the case that inferentialism is coherent, and to explaining what form it could take.

For instance, it’s natural to think of perceptual experience as something we come by passively, and something that we can’t explicitly think our way into, the way we can reach a verdict on a question through active inquiry and reasoning.  When you think through whether it would be better to leave town today or tomorrow, you bring to bear various considerations and somehow figure out what’s best. But nothing like this, it seems, could issue in a perceptual experience.

My strategy for answering this version of the first challenge is to distinguish between modes of passivity and argue that none of them are distinctive of perceptual experience, but apply to belief as well. And so if these kinds of passivity were grounds for precluding experiences from being potential conclusions of inference, they’d be grounds for precluding beliefs from the same. This argument comes in Chapter 3.

A second version of the challenge appeals to the difference between perception and cognition. Some ways of drawing this distinction appeal to the format or structure of perceptual states. For instance, according to a tradition inspired by Bertrand’s Russell’s theory of acquaintance and Gareth Evans’s theory of demonstrative thought, perceptual experiences (putting aside hallucinations) are differentiated from thoughts by virtue of their structure. They’re structured by an acquaintance relation to objects you perceive. On this family of views, which is sometimes called Naive Realist Disjunctivism (and other times the Relational view of perceptual experience), it might seem hard to see how a state structured by a perceptual relation could be the result of an inference.

I am not entirely sure how to answer this challenge.  I suspect that inferentialism is compatible with Naïve Realism in its letter, though perhaps not in its motivation, to the extent that it is motivated by the idea that the kinds of experiences it’s analyzing are precisely those in which certain qualities in the world “announce themselves” to you, independently of whatever other psychological states you’re in.

A second type of challenge to inferentialism’s coherence is that something in the nature of inference precludes it from having experiences as its conclusions. For instance, a natural idea, defended by Frege and others, is that drawing an epistemically appraisable inference from state X to state Y has to involve taking X to support Y. After all, not any old transition from X to Y will be an inference. The mind might just blankly move from believing P, and believing If P then Q, to believing Q. Not every such transition is an inference. But if the thinker takes P and If P then Q to support Q, then this ‘taking’ seems like a good candidate for differentiating between blank  transitions in which the mind is potentially ignorant of any relationship at all between Q, on the one hand, and both: P and If P then Q, on the other.

Does the idea that inference involves a ‘taking’ condition challenge inferentialism? I think it does. If inferentialism is true, and if it can explain the epistemic downgrade of Jill’s experience, then the inferences that lead to experience will occur outside Jill’s awareness. That’s why it’s hard to see how Jill could both infer her experience (presenting Jack as angry) from her fearful suspicion that he’s angry, and be in total ignorance of the fact that her fear has influenced her experience.

The idea that inference involves a ‘taking’ condition faces difficulties, starting with how to differentiating the ‘taking’ from another premise. (If it’s a premise that: both (P and If P then Q) support Q, a regress threatens – the one discussed by Lewis Carroll in “What the Tortoise said to Achilles”). Valiant efforts have been made to avoid the regress, by explaining how the ‘taking’ condition could have a status other than another premise.  But even if these efforts succeed, I think an important conceptual challenge to inferentialism remains. According to the challenge, if inferences are epistemically appraisable, then the subject has to in some way regard the inference’s conclusion (the experience) as rationally related to the inferential inputs. And there’s no way for Jill to regard her fearful suspicion as rationally related her experience, consistently with her being so completely unaware that it’s influencing her experience.

My answer to the challenge from inference is to outline a theory of inference that does not involve a taking condition, and to illustrate using a range of clear cases of inferences how they could occur, consistently with ignorance of the sort we find in Jill. This is the topic of Chapter 5 of The Rationality of Perception. At the end of the chapter, I argue that this kind of inference could in principle be found in the phenomenon of memory color. Memory color is a phenomenon in which stored information about things (such as that bananas or banana-shaped things are yellow) influences color perception. (Zoe Jenkin, a graduate student at Harvard, is writing a thesis arguing that intra-perceptual processes including the ones involved in memory color are epistemically appraisable, but not due to inference – due to the other rational relationships between experiences and their precursors).