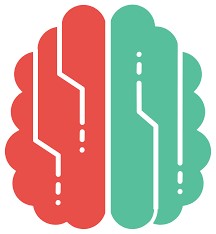 I am thrilled to introduce our first symposium in a series on articles from Neuroscience of Consciousness, on Nicholas Shea and Chris Frith’s “Dual-process theories and consciousness: the case for ‘Type Zero’ cognition.”  We have three excellent commentaries on the paper, by Jacob Berger, Nick Byrd, and Elizabeth Schechter, along with a response by the authors, each of which can be linked to below.

According to some, consciousness primarily interrupts well-tuned subconscious processing, leading to decreased performance on tasks that are more effectively done without conscious deliberation.  Others argue that conscious reflection helps us overcome biases in our thinking, and even that some types of tasks require consciousness.  This second camp is often populated by “dual systems” theorists, who argue that cognition comprises two systems: a fast, heuristic, non-conscious one; and a slow, deliberate, conscious one.

Shea and Frith argue that the dual systems perspective fails to adequately carve the types of cognitive processing, and a better taxonomy can overcome the air of paradox in the “consciousness hurts” versus “consciousness helps” results.  They make two key moves towards this end.  The first is to pull apart two distinctions that are run together in the dual systems position:  conscious versus non-conscious representations on the one hand, and automatic versus deliberate processes on the other.  The second is to deny that we should be looking for tasks that necessitate consciousness, and instead think of consciousness as facilitating certain kinds of mental functions.

Shea and Frith’s taxonomy explicitly posits three types of cognition.  “Type 0,” on their view, consists in automatic processes occurring over non-conscious representations.  These processes tend to have small domains of operation and be extremely well-tuned to those domains.  Examples include learning probabilistic action-outcome contingencies, as well as motor control, for which consciousness can indeed be a hindrance.  If one is a skilled typist for instance, consciously attending to one’s movements tends to make performance worse.

“Type 1” cognition, which is the type not recognized by dual systems theorists, consists in automatic processing of conscious representations.  Conscious representation, according to Shea and Frith, allows for interactions between different domains of information.  These connections are facilitative in, for instance, recognizing patterns and coordinating behavior, but come with a cost.  Without defined domains, problem spaces are poorly constrained, and this promotes heuristic reasoning.  As is well-known from the heuristics and biases literature, heuristics can be tricked into producing wrong answers.  Shea and Frith agree with dual systems theorists that “Type 2” cognition, which is deliberate processing of conscious representations, can play a role in overcoming such biases.

Hence, consciousness can both help and hurt, and which occurs depends on the context of reasoning and the problem being solved.  One interesting corollary to Shea and Frith’s proposal is that we may be able to think of deliberative Type 2 reasoning processes as consciously controlled sequences of Type 1 processes.  A second is that there is another possible type of cognition, involving deliberate processing over non-conscious representations.  Shea and Frith suggest that this type may in fact never be instantiated, and if that turns out to be the case, we will have learned something interesting about relationship between consciousness and deliberation—namely that deliberative reasoning requires the representations it manipulates to be conscious.

Thanks very much to the authors and commentators for participating.  Thanks also to Jakob Hohwy and the other editors of Neuroscience of Consciousness, and to Oxford University Press.  Please feel free to comment in the discussion board below!

Nick Byrd, Can Domain-Familiarity Make Sense of Puzzling Answers on the Cognitive Reflection Test? Comments on Shea and Frith, “Dual Process Theories and Consciousness: The Case for Type-Zero Cognition”

Daniel is co-managing editor of Brains. His research focuses on a wide range of topics, most of which stem from an interest in how to functionally decompose complex cognitive and biological systems.
View all posts by Daniel Burnston →