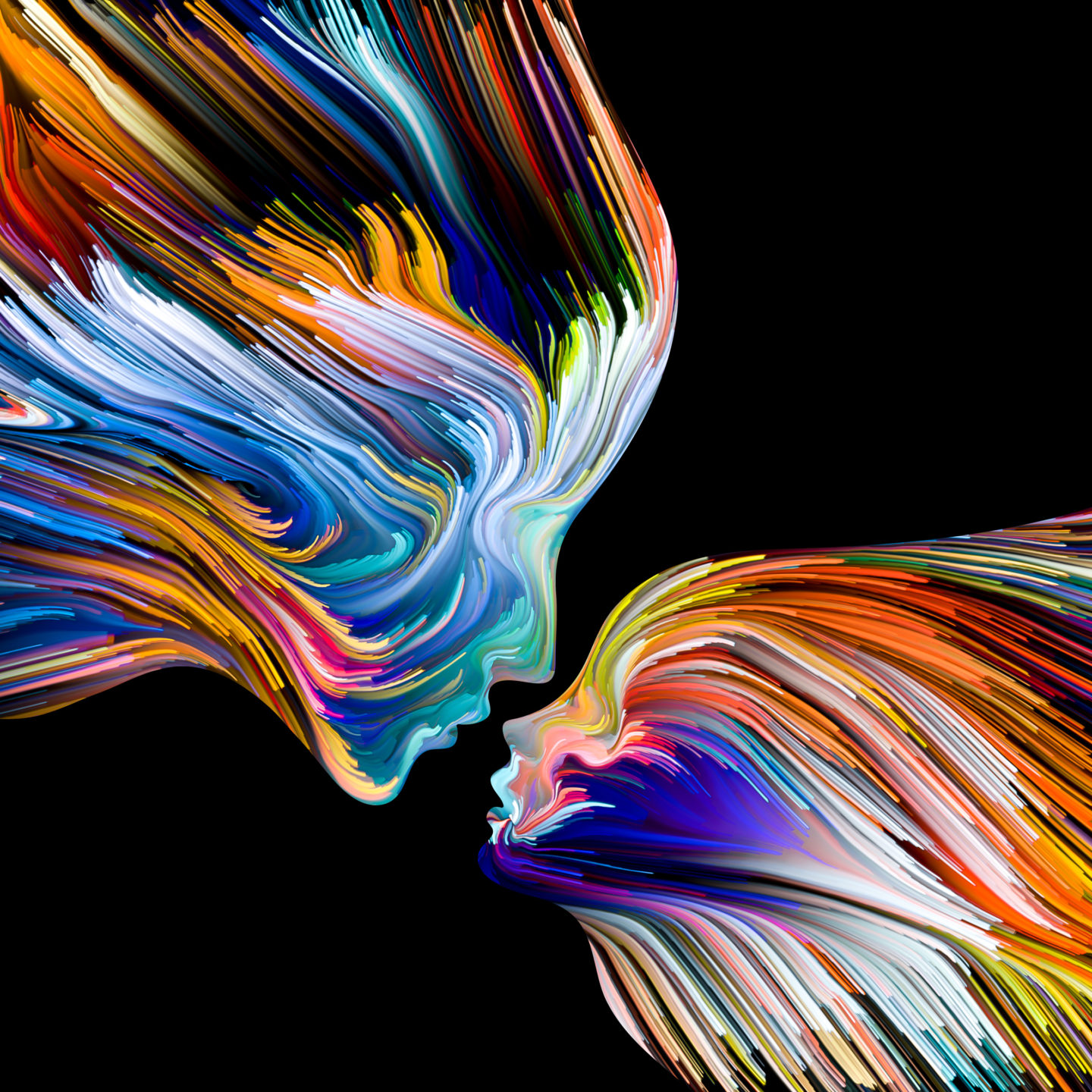 Many parents who look into the eyes of their newborn baby encounter something wonderful, and awe inspiring. There in those eyes they get a glimpse of a new perspective, a new point of view on the world. A new consciousness. The idea that consciousness is the subjective perspective we each have on the world is, as simple as it is, what inspires fascination, awe and wonder about consciousness. It is by being different perspectives that our experiences differ. To begin to occupy a radically different perspective can be transformative:  one may not know what it would be like to look into those eyes before one sees them. And from a different subjective perspective, the parent’s experience may seem sentimental, or as foreign as that of an echolocating bat.

This post is about what attention may teach us about the nature of consciousness, that mysterious subjective perspective I have just described.

Much of the philosophical and scientific study of consciousness has concentrated on better understanding the place of consciousness in nature. Some researchers ask about the substrate or the neuronal correlate of consciousness in the brains of us and other animals. And some think that was present already in the fundamental physical particles, long before brains appeared in evolution. But we also need something else. We need a theory of what consciousness is, if we are ever to find its place in nature.

In my view, too much work on the nature of consciousness – on what it is to be phenomenally conscious – has been guided by one of two impoverished ideas.

The other influential idea – in extreme opposition to the first idea –  is to think of consciousness not as something inner but as a way the outside world is given to the subject. On this view, consciousness consists in the appearance of a world. In Structuring Mind, I call this the appearance view of consciousness. Many proponents of this view think of experience either as an intentional state, or as a form of acquaintance with the world. In support of their view, they invite us to think of a simple experience, such as the experience of a red apple. When we attempt to describe the qualities of our experience of the red apple, they suggest, we end up describing only the qualities of the apple. According to the appearance view, consciousness becomes simply an encounter with a specific part of the environment or, as in the case of the headache, a part of our own bodies: it’s the way the world is given to each subject. But now the subjectivity of consciousness disappears: in the end, this view has the radical consequence, I argue together with others, that what it is like for you is “out there in the world”[1]. The apple and its red color are there for everyone.

In the last chapter of Structuring Mind, I offer an alternative to both of these pictures. We should think of consciousness as specific kind of activity. It is a way of engaging with the world around us – by taking a subjective perspective.  Consciousness is the stance we take on the world by focusing our attention on some things rather than on others.

My argument for this view is that it provides a unifying explanation of three necessary features of consciousness whose co-occurrence would otherwise be highly surprising.

First, by connecting phenomenal qualities into structures of center and periphery the activity of attending ensures that consciousness is phenomenally unified. There is not only something it is like to listen to jazz, to look at the scenery, or to taste dark chocolate. There is also something it is like to do all of these things together. There is a single total experience of which those specific experiences are proper parts. On the view I offer, this unity is explained by the fact that the specific experiences are connected through nets of phenomenal relations. Phenomenal structure weaves the qualities of consciousness together: the worldly qualities are merely the yarn. The single, total experience just is the activity of attending.

Second, attending – the activity that binds experiences together – also ensures that every total conscious experience is indeed a perspective on the world, as the intuitive picture I began with suggests. The perspectival character of consciousness has not been much theorized. But I think it is important. What is perspectival is what cannot be integrated with other perspectives. What is perspectival about consciousness then is that one total experience cannot be integrated with any other total experiences. The perspectival character of consciousness thus is the flip-side of its phenomenal unity: where unity ends there is disconnect. Unlike appearances, I argue that phenomenal structures do not integrate with each other. But since phenomenal structures are filled with appearances, they are still a perspective on what is out there in the world.

Third, the fact that attention is an activity we can actively control (though we do not always control it) explains the special access we each have to our own experience. The perspective of consciousness is an intelligible perspective. It is rational for me to believe that I am conscious – and not, for example, a mindless Zombie – simply because I am, in fact, conscious. Conscious experience by itself can make self-ascription rational. I argue that introspective access to consciousness is explained in the same way as introspective access to agency. Just as actively guiding the movements of your finger makes it rational for you to believe that you are moving your finger, so does actively attending to something make it rational for you to believe that you are actively attending to that thing. Because attention is an activity, I can –  by actively guiding my attention – gain agentive awareness of attention, a non-observational form of awareness of what I am doing. By actively attending to the world we also gain introspective knowledge of our own minds. But attending, as argued above, just is the activity of connecting experiences in a single total experience. Agentive awareness of attending thus makes it rational for you to believe that you are enjoying that total experience. Awareness of attention thus makes consciousness introspectively accessible.[2] The unified perspective of consciousness is intelligible from the first-person point of view, only because we can actively control our experiences.

With the picture I argued for in the second half of Structuring Mind, we can thus explain the unity, the perspectival character, and the intelligibility of consciousness by showing them to be aspects of a single underlying phenomenon: the conscious mind is a structuring mind.[3]

Consciousness, in my view, thus doesn’t mean that the lights are on in our heads, special lights that only we can see, as a qualia view would have it. But consciousness is also not a passive encounter with an apparent world, where its character – what it is like for us – is in the world, rather than in our heads, as the appearance view conceives of it. Instead, consciousness is something we do. It consists in actively taking a unified, intelligible perspective on the world. Taking a radically new perspective might transform us, and it is awe inspiring that with each baby another way of engaging with the world has begun. In my view, this makes consciousness at once much more mundane and much more interesting than magical glitter.

Thanks to everyone who has been reading or commenting this week. It’s been fun for me. If you enjoyed it as well, consider reading the book for more!

[2] I argue further, that – consistent with empirical results – introspective access to an aspect of experience will be blocked exactly when a subject cannot form guiding intentions with respect to a specific part of a phenomenal structure.

[3] This view raises an interesting further question regarding the self : is the self a mere construct out of attention, that actively structuring mind, or is the self an independent substance that does the structuring?