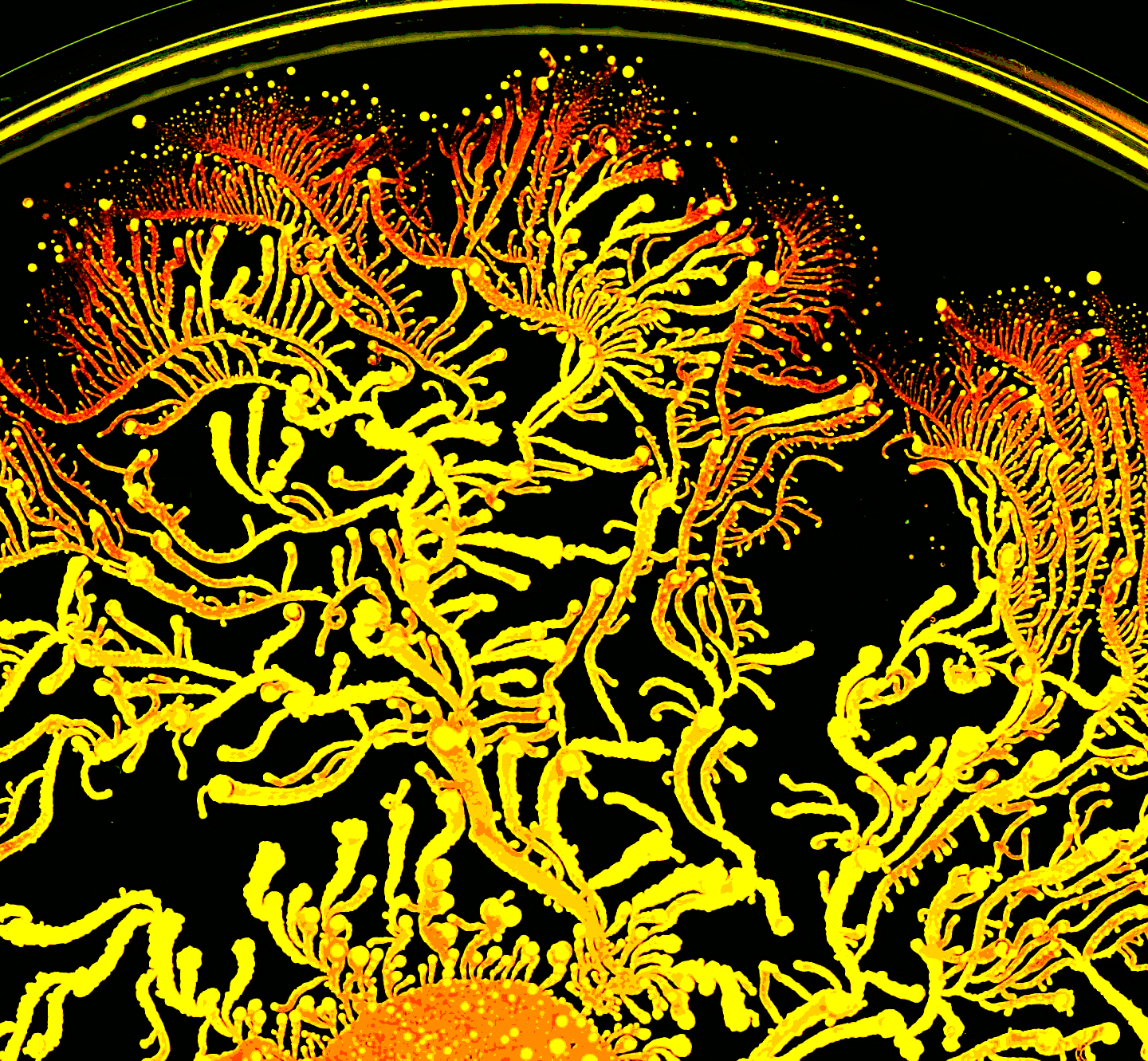 Thanks to John Schwenkler for inviting us to guest-blog this week about our new book Evolving Enactivism: Basic Minds Meet Content (Cambridge, MA: MIT Press, 2017).

It is often said that two minds are better than one. Though ‘mind’ is a count noun, we don’t imagine that people really have multiple minds. Even so, the major theme of our new book, Evolving Enactivism is that distinguishing forms of cognition that are basic from those which are not is philosophically important and explanatory useful.

Basic forms of cognition, we argue, are best modelled on activities of living systems: They are fundamentally interactive, dynamic, relational and –most importantly– contentless. Thus, rejecting a long-established tradition in philosophy of mind and cognitive science, we contend that cognition is not fundamentally content-involving. It is neither representational, at root, nor does it involve picking up and processing informational contents that are used, stored and reused to get cognitive work done.

Yet some non-basic forms of cognition are content-involving. As such, they are marked out by having the additional, special feature of possessing satisfaction or correctness conditions. That is, some cognitive acts involve specifying, claiming or stating how things are with the world in ways that can be true or false, accurate or inaccurate, and so on.

Distinguishing basic and content-involving minds enables us to draw a principled line between the features of cognition that are in play when we engage the world as merely adaptive agents, on the one hand, and the features of cognition that are required for representing the world as being a certain way, on the other hand. REC claims that, however impressive it is, cognition of the basic variety only requires being informationally sensitive to worldly offerings, perhaps in quite complex and temporally removed ways, without having to represent or be aware of those things as such. This is so regardless of which sort of being is engaged in the cognitive activity – be it bacteria, plants, non-human animals or us (Fulda 2017). Accordingly, content is not the mark of the cognitive. Cognition is not essentially contentful, nor is it essential non-contentful.

In a nutshell, these are cornerstone commitments of a Radically Embodied, Enactive conception of Cognition, or REC. They were introduced and defended in our previous joint effort, Radicalizing Enactivism. REC is radical in virtue of its wholesale rejection of textbook representational-cum-computational conceptions of cognition. It is radical compared to any account of cognition that conservatively embraces representationalism and computationalism –the twin pillars of cognitivism– to some degree (EE, Ch. 1).

Evolving Enactivism is an attempt to further clarity REC’s core commitments and open up new lines of research based upon them. Reflecting that ambition, the book’s motto, taken from the Johnny Mercer song, is “Accentuate the positive, Eliminate the negative, [and] … Don’t mess with Mister In-Between”.

When it comes to accentuating the positive, it is crucial not to confuse REC’s ‘no content policy’ about basic minds with an eliminativist, scorched-earth positon that regards intentionality and content as simply illusory (see Rosenberg 2014, 2015). Rather Evolving Enactivism attempts to establish that there is room for, and reason to believe in, a form of contentless Ur-intentionality – a basic intentionality that exhibits targeted directionality even though it lacks correctness conditions conceived of in representational terms.

In a related vein, EE attempts to motivate a move beyond the idea cognition always and everywhere involves the processing of information, replacing this with an alternative vision of information sensitivity of a kind that is better suited to understanding a contentless neurodynamics.

Also, since RECers are not content deniers, we are obliged to explain how and where content arises in the world. This drives our ambition to account for the natural origins of content. We seek to do that by appeal to socio-culturally scaffolded capacities. In this book, we prepare the ground for that work, demonstrating that –pace many critics and doubters– there is no in principle barrier to providing such account and the resources for doing so are available.

Eliminating the negative requires continued, sustained efforts of philosophical clarification and argument. In our previous book, we worked hard to show that, given the current state of play, conservatives don’t have and are unlikely to provide the sort of naturalised theories of content they require to ground their theories of cognition. Yet, we also argued we don’t need such theories of cognition since REC has all that is needed to do the relevant explanatory work.

Many passages of the new book are still given over to defending the radical line against conservative critics. Why so? Simply, because fresh challenges to the starting assumptions of our sort of program are constantly issued by those who maintain that, “anti-representationalism has dramatically failed” (Rescorla, 2017, p. 16).

In steering clear of Mister In-Between, we show how it is possible to interpret promising accounts of cognition in REC terms and why it is advantageous to do so (see Chs 3 and 7). In particular, we attempt to rescue what is best from progressive and interesting proposals that risk remaining theoretically ill-founded ‘halfway house’ positions due to the conservative interpretations they embed or can receive. For example, in this regard we give special attention to the Predictive Processing account of Cognition (PCC), looking closely at Andy Clark’s (2016) rendering of it. Our concerns about Clark’s continued conservativism echo those of Noë in his review of Surfing Uncertainty. We especially concur with Noë’s concerns about the hollowness of positing inner models in cognitive explanations.

Should REC carry the day, would that constitute a revolution in our thinking about minds? Given what counts as the mainstream in the cognitive sciences, we think so. Though the adjustments we proposed are subtle, they are not small tweaks, they require major shifts in how we conceive of minds and cognition. Still, it might be more useful to think of REC as an evolving philosophical framework from which to evaluate a range of possible theories of cognition, checking these to see what resources they have and whether they can be brought under the REC umbrella. We provide sketches of how we would need to adjust and interpret PPC, ecological psychology, sensorimotor theory and autopoietic-adaptive enactivism in order to make such theoretical alliances possible (Chs. 3 and 4).

Evan Thompson’s review of Evolving Enactivism –which appeared as we pen this blog– is pretty negative about the book’s positive achievements in this regard. He expresses serious doubts specifically about REC’s style of assimilative approach and its ambitions. The review usefully identifies a number of topics and issues that warrant further clarification and investigation.

Yet putting such details aside, we see nothing amiss with the general methodological assumption that there is much to be gained from looking to see how various existing research programs and proposals might be modified and made REC-friendly and potentially combined to improve our general understanding of cognition. We think of such construction as a kind of tinkering approach to the philosophy of mind, requiring a piecemeal assimilation of theories. Our working assumption is that this type of clarificatory work –work for philosophical gadflies, to resonate with the closing line of Thompson’s review– is precisely what is needed to move philosophy of mind and cognitive science forward. In this regard, we are inspired by Clark’s observation that what the sciences of the mind need now is ‘a meeting point’ not another ‘new science of the mind’ (see p. 56 of EE).

Of course, the real proof is in the pudding. Bearing this in mind, Evolving Enactivism puts its duplex account of cognition to work, demonstrating how that understanding of various cognitive phenomena –perceiving, imagining, remembering– is empirically adequate and explanatorily valuable (ch. 7, 8 and 9). Each of these investigations are first pass proofs of concepts. Those case studies are designed to show the positive value of REC’s approach to philosophy and scientific theorizing, yet we anticipate that if those analyses hold good they will also show their worth in practical applications that reach beyond the academy.

Rosenberg, A. 2014. Disenchanted naturalism. In Contemporary Philosophical Naturalism and Its Implications, ed. B. Bashour and H. D. Muller. London: Routledge.