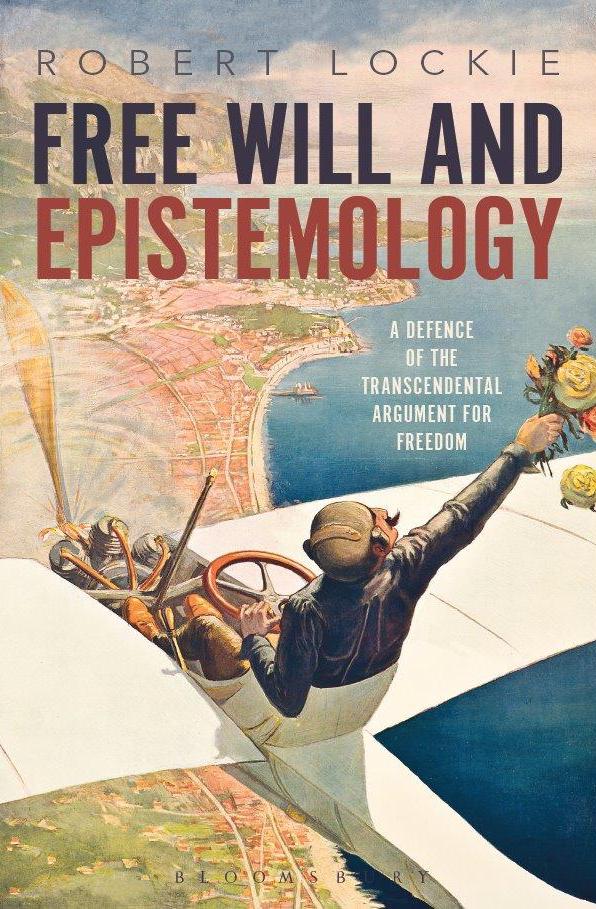 [The following is a guest post by Bob Lockie. — JS]

He who says that all things happen of necessity can hardly find fault with one who denies that all happens by necessity; for on his own theory this very argument is voiced by necessity (Epicurus 1964: XL).

Epicurus’s famous fragment is one of the earliest examples of a peritrope or ‘reversal’ argument – what we, after Kant, would call a transcendental or ‘self-refutation’ argument. It is also the first deployment of this argument type in perhaps its most classic area of application: the free will debates. This argument has never gone away.

Free Will & Epistemology is a monograph concerned with normative epistemology, free will, and the relationship between these. The book’s summational aim is to defend a modern (i.e. not merely scholarly) version of the famous transcendental argument for free will: that we could not be justified in undermining a strong notion of free will, as a strong notion of free will is required for any such process of undermining to be itself epistemically justified. This is the first professional, in-depth defence of this argument for many decades, and the first to marshal the resources of modern epistemology in its development.

The incompatibilist freedom that this work argues for (‘self determinism’) is a freedom to be the source of one’s own actions, including mental actions. This idea of self determinism is separately defended with strongly emergentist arguments – arguments which make reliance on the neuroscientific and cognitive-psychological literature. It is these psychological and neuroscientific arguments that the readers of The Brains Blog may find most of interest in the book. Chapter Four, the longest chapter of the work, articulates an account of epistemic freedom – of freedom of thought – which stands in stark opposition to much philosophical commentary on the sciences of cognition: commentary which emphasises the involuntary, automatic, fast, parallel, triggered, old mind, lower-brain or more posterior cortical, mandatory operation, (often modular) nature of cognition. In contrast, this work emphasises the distinctively human powers of executive functioning – of slow, serial, largely conscious, controlled, new-mind, often language-mediated, high level, abstract, values-laden, rational and (at least potentially) justified cognition.

Chapter four, and the book as a whole, provides an exhaustive account of our powers of executive, controlled, agential thought, and an account of epistemic justification in terms of thinking how we ought. This chapter involves a fairly exhaustive review of the neuropsychological and psychological literature on executive functioning – generously conceived, to include cognate, overlapping areas in psychology more generally. The influence of Luria, Fuster, Shallice and the clinical neurology literature make their presence felt – alongside Baddeley, Miyake & Friedman, Badre & D’Esposito, Koechlin and the more experimental neuropsychological literature. Additionally, the clinical and educational self-regulation literatures and the extended and embodied cognition literature inform this chapter. A freedom of executive control is defended against charges of homuncularism or regress. It is argued that our high level thought involves mental agency, where that involves efferent as well as afferent cognition – what Fuster calls ‘perception-action cycles’. It is argued that the deflationary tendency in epistemology and the philosophy of the cognitive sciences has greatly over-emphasised the afferent, passive and automatic in human thought; to the exclusion of the efferent, agential and executive. Against this deflationary tendency, it is painstakingly argued with reference to a wide range of overlapping neuropsychological literatures that we have very considerable powers of freedom of thought and self-determination more generally: that we are cognitive agents.

These constructive, scientific arguments, coexist in the book with the more sweeping, aprioristic transcendental argumentation – that we have to presuppose freedom. Were determinism true, the argument goes, we would lack the control over our cognition needed to think how we ought – the levels of control needed for our thought to be epistemically justified. But then, the argument goes, we would not be epistemically justified in anything at all – including our deflationary arguments against freedom. Those interested in deciding whether to invest the time and effort to read the work as a whole can find a specimen chapter (Chapter 8: admittedly one of the most aprioristic) here. Commentary on the work and a 35% discount code for readers of the Brains Blog may be found here.