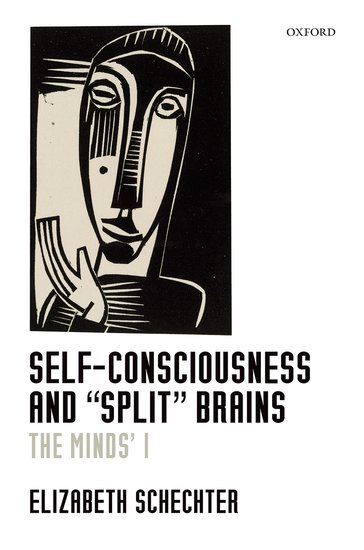 Thanks, John, for this opportunity to talk about my book, and thanks, everyone else, for reading.

The book is an empirically informed work of personal identity about the split-brain phenomenon. “Split-brain surgery” is a colloquial term for a surgery that cuts through the corpus callosum (and sometimes additional white matter fiber tracts connecting the two cerebral hemispheres). A number of these surgeries were performed on adult human beings in the United States in the second half of the twentieth century, as a treatment for severe cases of epilepsy. And a number of these split-brain subjects later agreed to participate in research experiments studying the psychobehavioral consequences of corpus callosum section. These consequences constitute the split-brain phenomenon.

The duality intuition is most clearly evoked by split-brain subjects’ behavior under experimental conditions. Split-brain experiments have two paradigmatic design features. The first design feature is stimulus lateralization: stimuli are presented in such a way that they will be at least predominantly processed by only a single hemisphere. In the case of visual stimuli, for instance, these stimuli are presented not exactly at the point at which the participant has their eyes focused (the central fixation point) but either to the right or left of this point. Visual information from the right visual field (RVF) is received especially by the left hemisphere (LH), while visual information from the left visual field (LVF) is received especially by the right hemisphere (RH). The second design feature is response lateralization: a study participant is directed to respond to a stimulus using some response modality that is believed to be at least predominantly under the control of a single hemisphere. In particular, the participant is asked to respond either using the left hand (predominantly controlled by the RH), the right hand (predominantly controlled by the LH), or vocally (predominantly controlled by the LH). The rationale for these design features is to allow the experimenter to test the capacities of and communicate with the two hemisphere systems independently, to the extent possible.

Consider a sample observation that would evoke the duality intuition. Suppose that a split-brain subject, S, sits looking at a central fixation point on a screen, and that you flash two words—“KEY” and “RING”—one on each side of that point, with “KEY” on the left and “RING” on the right. (Stimulus lateralization: distinct stimuli have been directed to each hemisphere.) Then, after the screen goes blank, you ask the subject to say what he saw. (Response lateralization: the subject is asked to respond vocally, either ensuring or encouraging LH-origination of the response.) He says he saw the word “RING” in the RVF (LH). He denies having seen anything in the LVF (RH), or says that he doesn’t know what it was. Then you present to him, in free vision, an array of images, one depicting a key, one depicting a ring, one depicting, let’s say, a keyring, and ask him to point to the picture corresponding to what he saw named on the screen earlier. When asked to point using his right hand (LH), the subject selects the card depicting a ring; when asked to point using his left hand (RH), however, he selects the card depicting a key. With neither hand does he select the picture of the keyring.

Why does this first result evoke the duality intuition? Because of generalizations about how mental states (and conscious ones in particular) cause behavior. In this case, since the subject said “Ring” and not “Key,” it’s as if someone (S1) saw “RING”, but not “KEY”—but since the subject also pointed to a picture of a key (using the left hand) when asked to indicate what he’d seen, it’s also as if someone (S2) did see “KEY”—and, apparently, S1 ≠ S2.

The second significant feature is a deficit (sometimes a frank incapacity) for cross-integration—for interhemsipherically integrating the perceptual and/or cognitive information processed in each hemisphere with that processed in the other. The behavioral evidence suggests that the subject saw the word “KEY” and that he saw the word “RING”—apparently consciously, since responding to a question like “Please select a picture of [the referent of] the word you saw on the screen before” would seem to be an intentional act of communication. But the subject gives no indication of having seen the word KEY-RING. And this is presumably because each half of the compound word was directed to and received and processed by a distinct hemisphere system, whose internal states are no longer interacting, interhemispherically, in the way that they do in non-split subjects. Indeed, if you asked the subject whether the word in the RVF was the same or different from the word in the LVF, he would have to guess (see Kingstone and Gazzaniga, 1995, for results of this kind).

Why does this latter result evoke the duality intuition? Well, suppose that you were communicating by email with, say, the customer service branch of an organization, but you didn’t know whether you were communicating with the same agent over and over again or with different agents on different occasions. If the replies you received back reflected understanding of the integrated significance of your various messages, this might suggest that you were communicating with the same agent on each occasion. (Of course, it could also just mean that multiple agents were sharing with each other your messages to each of them.) If instead each reply you received back reflected understanding of only the most recent message and no understanding of the integrated significance of that message with any of your previous messages, this would suggest that each of your messages is being routed to and responded to by a different agent. And that is what the absence of interhemispheric integration in the split-brain case seems to show.

But there is something else too, and this concerns how you can get, e.g., the subject above to finally come to say the word “key”, presented in the LVF (RH). If you allow him to point with the left hand, and he points to the picture of the key, and then you ask him to say what he’s pointing to, then (so long as he can see what he’s pointing to in free vision, i.e., using both hemispheres), he’ll say he’s pointing to the key. Now if you ask him why, he may say that he doesn’t know, or he may just confabulate an answer. But he may also infer from the fact that he has pointed to a picture of a key that the word presented in the LVF had been “KEY” (see Levy et al., 1971, for an example of this kind). That is, he may draw an LH inference of this kind. In such a case, RH and LH mental states have interacted: the RH percept of the (LVF) stimulus has, eventually, caused an LH judgment about the identity of the (LVF) stimulus. Of course, percepts reliably cause perceptual judgments in the ordinary case as well. But the interaction is strangely indirect; it is like the way in which my mental states would interact with yours, in the case in which I were told that you had seen something on a screen, and then listened as you were asked to select a picture of what you’d seen, and then watched you point to a picture of a key.