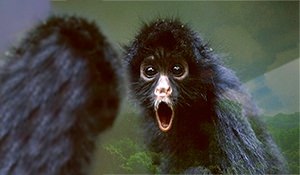 Spontaneity can give rise to actions that seem “unowned.” Tremble and shake on a glass platform suspended over the Grand Canyon, and you might ask, “I know I’m perfectly safe, so why is my body acting like I’m not?” Have a friend point out to you that when asking questions at a conference you address the men as “Professor So-and-So” and the women as “Alice” and “Margarita,” and you might think, “that’s terrible, since I really do believe that men and women speakers are due equal respect.” In both cases, maybe because your behavior seems uncontrollable, or you were unaware of it, or it conflicts with your considered judgments, what you do conflicts with who you (think?) you are.

The same dynamic plays out in cases of virtuous spontaneity. People who have acted heroically and spontaneously—like Wesley Autrey, the “Subway Hero” who jumped on the tracks to protect a man who had fallen while having a seizure—often say that they their action came “out of nowhere.” They never thought of themselves as heroic. They “just reacted.” In sports, too, the most exemplary stars often explain their imaginative and innovative moves in the most banal and impersonal ways. “I don’t know how I did it,” Kimberly Kim said, after winning the U.S. Women’s Amateur Golf Tournament, “I just hit the ball and it went good.”

Spontaneity can give rise to actions that seem unowned because many of these actions lack the usual trappings of responsible agency. And yet they are actions nonetheless, not utterly divorced from the persons who do them. The central aim of Part 2 of The Implicit Mind is to make the case that paradigmatic spontaneous action are “attributable” to agents, and then to consider the ramifications of this claim for questions about moral responsibility and the nature of the self. In saying that paradigmatic spontaneous actions are attributable to agents, I mean that they reflect upon the character of those agents. They license “aretaic” evaluations, like “honorable,” “selfish,” “imaginative,” or “cowardly.”

There is, of course, extensive literature about the meaning of attributability (and associated terms, in particular, “accountability” and “answerability”), about the appropriate conditions of its application, and so on. In wading through this literature, I develop my own not-entirely-novel approach, based on the notion of “caring.” The basic idea here is that an action can reflect on your character when it reflects upon something you care about. To care about something is for that thing to matter to you, in some sense. Caring can be quite basic, though; on my view, we can care about things without knowing it, or despite judging that we don’t. Caring is about having motivational and affective ties that persist over time in one’s thoughts, feelings, and action. The upshot of this is that spontaneous actions are not just instrumentally valuable or regrettable, or good and bad as such. Evaluations of these actions need not be shallow or merely “grading.” In virtue of them, we may be admirable or loathsome, compassionate or cruel, worthy of respect or disrespect.

This conclusion raises a number of difficult questions, though. I take my stab at each of the following. What exactly is the relationship between “cares” and action, such that an action can “reflect upon” what one cares about? When an action reflects upon what one cares about, is one thereby responsible for that action? If spontaneous actions are attributable to us, does that mean that they reveal who we really truly are, “deep down?” And finally, what role ought agents’ considered judgments play when we think about attributability and spontaneity, if actions that conflict with our considered judgments can be attributable to us?