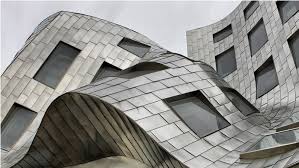 Part 1 of The Implicit Mind makes the case that “implicit attitudes” are mental states that cause us to act in relatively spontaneous ways, sometimes for better and sometimes for worse. I offer an unorthodox description of implicit attitudes, distinguish implicit attitudes from other folk psychological kinds, and show how implicit attitudes help to explain paradigmatic cases of spontaneous action. Put a bit less formally, what I’m after in this book is an understanding of whether and how some spontaneous reactions can be better than others, and not just because of luck or fortuitous circumstances. What is happening with the person who knows how to smile reassuringly to someone in the grips of anxiety, at the right time, in the right way? But crucially, how can we understand what is happening with this person without losing sight of the similarity between her and the one who (let’s suppose) is disposed to see the very same expression on white faces as anxious but on black faces as threatening?  My account of implicit attitudes is meant to make sense of these two faces of spontaneity.

Drawing on earlier work with Alex Madva (Brownstein & Madva 2012a,b), which was in turn inspired by Tamar Gendler’s (2008a,b) work on “alief,” I define implicit attitudes in terms of 4 co-activating components. These are (1) noticing a salient Feature in the ambient environment; (2) feeling an immediate, directed, and affective Tension; (3) reacting Behaviorally; and (4) moving toward Alleviation of tension in such a way that one’s spontaneous reactions can improve over time. These components, on my view, are relatively automatic and co-activating, but they are also dynamic, in the sense that agents’ “FTBA”reactions can improve over time.

Here’s an example: imagine a tennis player in the middle of a point. She registers a salient feature of her opponent’s shot, perhaps the underspin and arc of a drop shot. Her perceptual experience has an “imperatival” quality; in virtue of her goal of winning the point, it commands a particular reaction. Her reaction is shot through with a particular kind of bodily tension, one she might describe as pulling her toward the net to retrieve the short ball. If all goes well, her behavior—a hard charge to the net—will alleviate this felt tension, as she prepares to play the next shot. If she charges too hard, though, or not hard enough, her mistakes will feed back into future FTBA reactions in similar circumstances.

The core claim of Part 1 is that implicit attitudes are mental states with co-activating FTBA components. I explore the content of the perceptual experience of noticing salient features in the environment; the affective processes underlying felt tension; and prediction-error theories of learning, which I argue help to show how relatively automatic states can nevertheless improve over time. Crucially, I also map this cognitive structure onto paradigmatic examples of the vices of spontaneity, in particular, implicit biases. To return to the example from my first post, consider an encounter between a police officer and a black man, whom the officer perceives as exhibiting “furtive movement.” Noticing the man’s gesture may set off a feeling of tension as a result of associations in the officer’s mind between black male faces and the concept danger. This feeling may activate fight or flight reactions in turn, depending on the context. The outcome of the officer’s spontaneous reaction—perhaps to assume an aggressive posture or reach for a weapon—will feed back into future reactions in similar circumstances.

This description of implicit attitudes raises a thorny metaphysical question, one which has garnered considerable attention in related literature. In the taxonomy of the mind, what are these things?! Most of the debate has played out in terms of theorizing about the metaphysics of implicit bias specifically. Are implicit biases ballistic reflex-like stimulus-response reactions? Or perhaps they are associations learned on the basis of spatiotemporal contiguity. Alternatively, some have argued that implicit biases are pedestrian beliefs, perhaps conscious, perhaps unconscious. And some have suggested that they are belief-like, but not quite beliefs. While each of these approaches is consistent with relevant data on implicit social cognition, I argue that none adequately explain the full scope of the phenomenon, particularly when the full scope of the phenomenon is acknowledged to include not just morally problematic biases but useful, intelligent, and even sometimes virtuosic spontaneous inclinations (in, for example, sports and the arts).

Part 1 concludes with a discussion of the kind of “guidance” implicit attitudes might provide us in decision-making and behavior. Drawing on Hannah Ginsborg’s conception of “primitive normativity,” the final section proposes that there is normativity inherent in these states, but a kind that is only provisional, providing only pro tanto warrant for our actions. This connects up with the theme of Part 2, which questions how we relate to our spontaneous inclinations and dispositions.  Are implicit attitudes “ours,” in the sense that they reflect on our character? Commonly we think of our beliefs, hopes, values, desires, and so on in these terms, as “person- level” states. Do implicit mental states reflect on who we are in this sense? Relatedly, under what conditions are we responsible for spontaneous and impulsive actions, that is, those that result from the workings of the implicit mind?