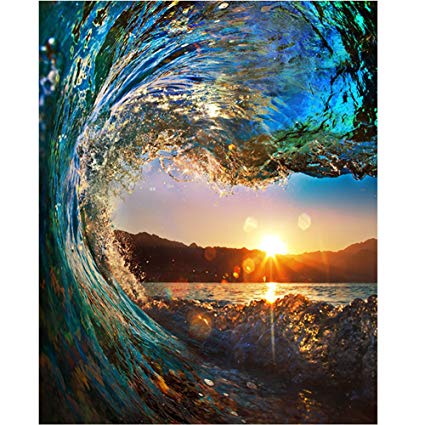 Thanks to John Schwenkler for the invitation to guest-blog this week about our book Extended Consciousness and Predictive Processing: A Third-Wave View (Routledge, 2019):

Where does your (conscious) mind stop, and the rest of the world begin? We defend what has come to be called a “third-wave” account of the extended mind. In this post we will aim to give you a sense of what the debate is about within the extended mind community. Second we will sketch our third-wave interpretation of the predictive processing theory of the mind. We don’t consider how the third wave perspective on the extended mind might be criticised, an issue we take up in later posts.

The “wave” terminology is due to Sutton (2010), and is used to distinguish the following three lines of argument for the extended mind.

First-wave extended mind is good old fashioned role functionalism, associated either with common- sense functionalism (Clark & Chalmers 1998) or with psychofunctionalism (Wheeler 2010). First-wave theorists (as we saw in our first post) argued for the extension of minds into the world on the basis of the functional equivalence of elements located internally and externally to the individual. If those elements make similar causal contributions in the guidance of a person’s behaviour, they should be treated equally. More specifically, we shouldn’t exclude the external element from being a part of a person’s mind simply on the basis of their location outside of the biological body.

Second-wave arguments turn on the different but complementary functional contributions of tools and technologies as compared with the biological brain. Thus notional systems for doing mathematics for instance, complement the brain’s inner modes of processing, resulting in the transformation of the mathematical reasoning capacities of individuals, groups and lineages. Second-wave arguments may seem to suggest a picture in which internal neural processes have their own proprietary functional properties that get combined with public systems of representation such as systems of mathematical notation that likewise have their own fixed functional properties. Something genuinely new then emerges (e.g. capacities for mathematical reasoning) when these elements with their own self-standing functional properties get combined or functionally integrated.

Third-wave arguments are in agreement with the second-wave in taking material culture to be transformatory of what humans can do as thinkers. However, the third-wave view takes this transformatory process to be reciprocal and ongoing. Human minds continually form over time through the meshing together of embodied actions, material tools and technologies, and cultural norms for the usage of these tools and technologies. Individual agents are “dissolved into peculiar loci of coordination and coalescence among multiple structured media” (Sutton 2010, p.213). Control and coordination is distributed over and propagated through the media taken up in cultural patterns of activity. The constraints (the local rules) that govern the interactions between the components (internal and external) of extended cognitive systems need not all arise from within the biological organism. Some of the constraints may originate in social and cultural practices, in “the things people do in interaction with one another” (Hutchins 2011, p. 4). The boundaries separating the individual from its environment and from the collectives in which the individual participates are “hard won and fragile developmental and cultural achievements” (Sutton 2010, p. 213).

Unlike the previous waves in theorising the extended mind, a commitment to extended consciousness falls naturally out of third-wave arguments for the extended mind. We follow Susan Hurley in thinking of the material realisers of consciousness as extended dynamic singularities (Hurley 1998, 2010). Hurley uses this term to refer to a singularity in “the field of causal flows characterised through time by a tangle of multiple feedback loops of varying orbits”. Such causal flows form out of the organism’s looping cycles of perception and action, where the complex tangle of feedback loops is closed by the world. The extended dynamic singularity she says “is centred on the organism and moves around with it, but it does not have sharp boundaries” (Hurley 1998, p.2). We depart from Hurley however in allowing for a decentering of extended dynamic singularities. As the cognitive anthropologist Ed Hutchins notes, some systems “have a clear centre, while others have multiple centres, or no centre at all” (Hutchins 2011, p. 5). The propagation of activity across various media is coordinated by a ‘lightly equipped human’ working (sometimes) in groups, and always embedded in cultural practices.

Third-wave arguments thus highlight the need for rethinking the metaphysics within which arguments for extended minds are developed. Unlike the standard notions of constitution, realisation or composition, all of which are atemporal or synchronic determination relations, we propose to understand such metaphysical determination relations in temporal or diachronic terms. Cognitive processes are “creatures of time” (Nöe 2006), i.e., they are dependent for their existence on temporal unfolding over various media: some neural or bodily, others involving other people and the resources provided by an environment shaped by our cultural activities and patterns of practice. Extended minds are constituted diachronically. We summarise four key tenets of the third-wave view in the following table:

–          Post 5: The diachronic constitution of extended consciousness: Adopting our third-wave perspective on predictive processing entails a new metaphysics of the constitution of conscious experience as diachronic, not synchronic.