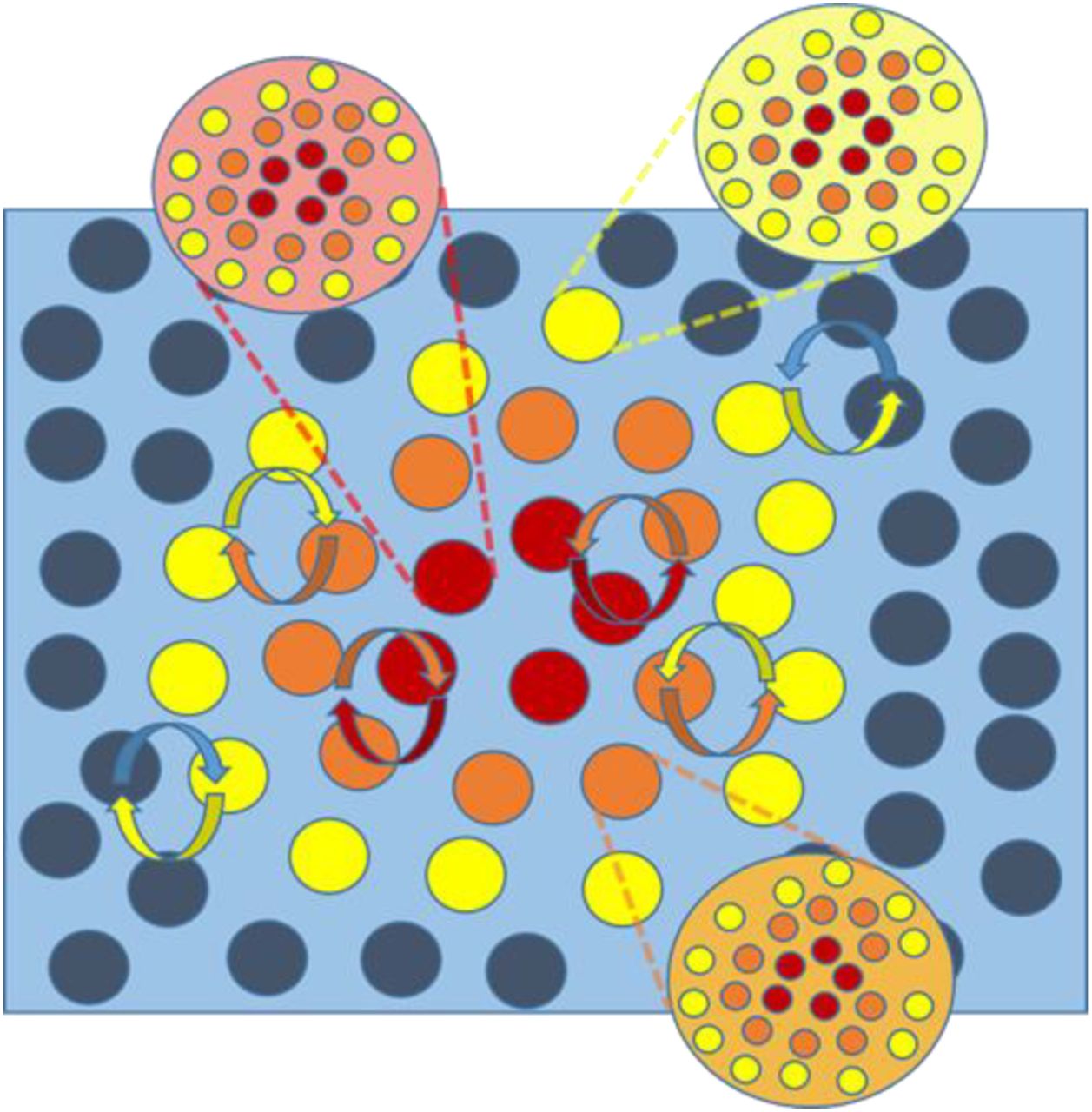 Common-sense suggests that it is perception and action that delineate a boundary for the mind. Perception is the interface where the world impacts on the mind, and action is where agents make a causal difference in the world. Chalmers (2008, 2019) suggests that this common-sense view presents the most difficult challenge for extended consciousness, given that “what precedes perception and what follows action is not truly mental.” (2008, p. xi) This challenge to the extended (conscious) mind can be formalised using the notion of a Markov blanket. The Markov blanket allows one to define a system in a way that delineates it from the environment in which it exists. It yields a formal way by which to define what it means for internal and external states to be conditionally independent of one another given a third set of states: active and sensory states. Specifically, the partitioning rule of a Markov blanket states that internal states can only influence external states via active states, while external states can only influence internal states via sensory states (Friston 2013).

In this post we assess the claim that the Markov blanketed mind must be inferentially secluded and segregated from its environment (Hohwy 2016, 2017). The Markov blanket formalism serves as an attractive statistical framework for demarcating the boundary of the mind, including the conscious mind. Yet we dispute the conclusion that the Markov blanket forms a boundary for the mind around the brain. Before we make our argument we must briefly explain how Markov blankets have been put to work in the predictive processing theory of mind.  The idea in a nutshell is that any system that succeeds in minimising prediction error in the long-run will also thereby maximise the evidence for its own existence. Agents are conceived as being models of their environment. Thus a system that maximises evidence for its model will also thereby maximise evidence for its own continued existence. Any system that consistently maximises evidence for its own existence will thereby produce and maintain its own Markov blanket, segregating states that are internal to the system from those that belong to its environment. Thus, systems that succeed in minimising long-term prediction error will in the process also produce and maintain their own Markov blanket.

Hohwy has argued on this basis that the Markov blanket around the mind constitutes an “evidentiary boundary” placed around the central nervous system, just as we have seen Chalmers claim on common-sense grounds. Anything located outside the brain should be formally treated as a hidden cause to be inferred prior to it having any influence on behavior. Thus external elements “located in the environment cannot strictly speaking be said to be constitutive parts of our minds because things in the environment are outside [the Markov blanket], as are other people and their mental states” (2016, p. 269). Our book develops a response to Hohwy’s important challenge, using our third-wave interpretation of predictive processing.

Consider that the statistical structure of the Markov blanket is scale-free. It can be found at many different scales of life, from macromolecules to organelles, organs and humans (Allen & Friston 2016; Clark 2017; Kirchhoff et al. 2018; Palacios et al. 2017). This raises the question of which scale is the right scale for using Markov blankets to delineate a boundary for the mind? Second, the partitioning rule of the Markov blanket precludes direct coupling between internal and external states. However, this particular kind of statistical delineation between states only arises given coupling. At the same time as internal states separate themselves from external states, they remain statistically coupled to their niche given the states that define their Markov blanket (Palacios et al. 2017). So any system that can produce and maintain its own Markov blanket will also be an extended dynamical singularity (Hurley 1998).

Third, a central requirement for agents that succeed in minimising prediction error is that they do a good job of managing error on average and over the long run, where the prediction error an agent must minimise is defined relative to its phenotype, and the niche in which it develops. The Markov blanket we suggest must for this reason be placed around the whole embodied agent. This raises the possibility of thinking about the agent as an extended phenotype. Consider the spider and its web as forming a single system that work together in the service of catching the critters the spider relies upon for its food. The web extends the sensory surface of the spider, such that the Markov blanket can be placed around the spider and its web. The sensory and active states that are produced and maintained form a boundary around the spider and its web. The web is thus an extension of the spider’s body. It is a part of the system that is continuously produced and maintained over time relative to which the spider is able to minimise long-term prediction errors.

As a second case, consider Otto and his beliefs (Clark & Chalmers 1998). The notebook and the actions Otto perform on it are we suggest a part of the model relative to which prediction error is minimised. Otto’s ongoing maintenance of his notebook is part of the long-run maintenance of the parameters of the model that enable Otto to remain on average in low error states. If Otto did not consult his notebook he would remain in states of high prediction error, for he would not be able to make his sensory observations fit with his prior expectations. Otto’s actions of consulting his notebook are part of the processes by which he is able to maintain a reasonably tight grip on the shifting dynamics of his local environment.

We started this post by showing how predictive processing would seem to lend support to the common-sense intuition that perception and action form the boundary of the mind. However, we have shown how such an argument fails. The Markov blanket that delineates a boundary for the mind forms in action and is negotiable, allowing for items located in the environment to be incorporated into the prediction-error minimising machinery of the mind.