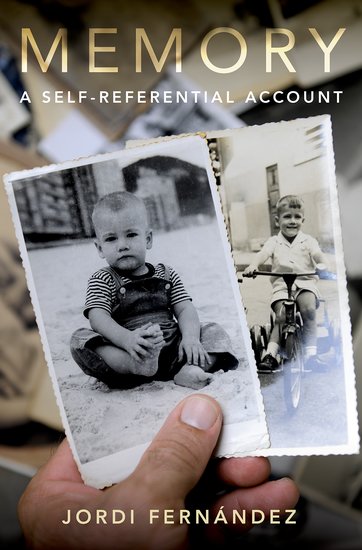 This week, I’m writing a series of posts on my new book Memory: A Self-Referential Account (Oxford University Press, 2019). The post today concerns the topic of chapter five, the phenomenology of memory and, in particular, the feeling of a memory as being one’s own (a ‘feeling of mineness’ in what follows).

I defend the view that the feeling of mineness is real, and I offer a proposal about the nature of this feeling. The defence of the feeling of mineness is made on the basis of a mental disorder, disowned memory, wherein the subject is aware of having some memories that, nonetheless, they disown. There is one relatively clear case of this disorder; the case of patient R.B. discussed by Stanley Klein and others. If the best explanation of why patient R.B. disowns some of his memories is that he does not experience them as being his own, then it seems that the experience of having a particular memory can be dissociated from the feeling of the memory as being one’s own. And if those two features of the phenomenology of memory can be separated, as it seems they are in the case of patient R.B., then we should conclude that they are distinct and, therefore, that the feeling of mineness in memory is real.

Accordingly, I propose an alternative answer to the question of what the feeling of mineness in memory amounts to. I propose that it amounts to experiencing the relevant memory as matching the past. This idea is consistent with the details in patient R.B.’s reports mentioned above. The idea is that patient R.B.’s memories are presenting scenes to him which appear to have involved him. But they are not presenting those scenes to him as having happened in the past. Instead, they seem to be neutral on that matter.

The remaining question is what, if anything, could be responsible for this feeling in the contents of our memories. I appeal, once again, to the view according to which memories represent themselves as being caused by perceptions of some facts in the past. And I focus on the fact that, according to this view, perceptions (that is, veridical perceptual experiences) of some facts are meant to be part of the contents of our memories. It seems reasonable to think, then, that if a memory represents itself as coming from a perception of a fact, then it represents itself as matching the past. And this, I claim, is where the feeling of mineness for our memories comes from.

A substantial assumption is needed to make this move, just like it was needed with regards to the temporal phenomenology of memory. This is the intentionalist assumption that the phenomenal features of mental states are due to their intentional features.