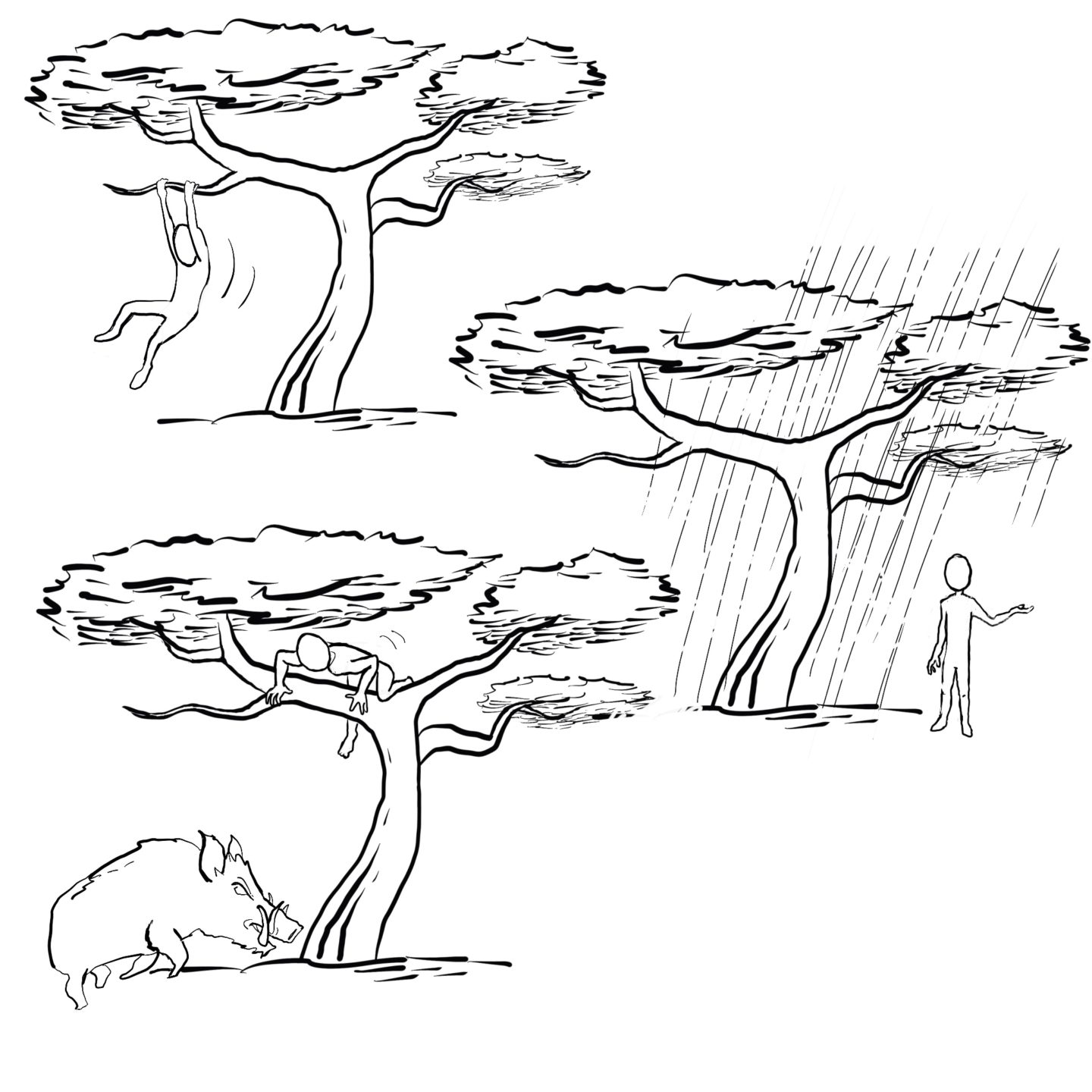 The study of emotions, the so-called affective turn, allows us to rethink crucial elements in psychology and philosophy of mind. There has been a concurrent surge in creative research and theory in the field of ecological psychology.[1] In our book, we seek to clarify the function of affective sentience in perceptual experience and navigation to make a conversation between affective neuroscience and ecological psychology a helpful tool for the larger explanatory purposes of psychology.

The basic role of affect in an allostatic system is to provide the animal motivated direction in its exploration of the world.[2] Basic affect thus conceived as conative motivation allows us to understand how the phenomenal experience of value is a form of biological intentionality (see Chapter Two). Affect thus plays a crucial role in shaping act-planning via the elaborations of mnemonic scaffolding developed in learned associative relations between mind, body, and world.[3]

Ecological psychology has enlarged the range of behaviors to which we can emphasize body-world loops of psychological causality. It embraces the dynamic nature of reality by insisting on the fundamental properties of change and the intrinsic and relational properties of organism-environment interaction. Recent work has broadened such an approach to the situatedness of behaviors elicited in dyadic relations, and all the way to how behavior is elicited by features of architectural space.[4]

We argue that direct perception, as well as reflection on the role of developmental factors like niche construction, have allowed us to understand how human (and broadly mammalian) behaviors from locomotion to affordances garnered during social interaction can be located in perception-action processes that are open to a significant role for the emotions as an interface between perception-action and motivation.

An organism’s exploration of the environment includes prospective control, i.e. goals to be realized, and perceived affordances which cause behaviors through an invariant combination of properties of substance and surface taken with reference to the animal.[5] One possible mechanism for this process we discuss in the book is the indicative/imperative nature of Ruth Millikan’s (1986) pushmi-pullyu representations which provide body-world loops that elicit goal-directed behaviors. Intentions-in-action are thus embodied in the relational locomotive performance of cognitively capable creatures.

In addition to physical ecology, our niche is socio-cultural: people afford ‘the whole spectrum of social significance’.[6] That is to say, the sociality of homo sapiens is such that individuals need other individuals, from care relationships to coalition-building, to apprentice learning of sophisticated skills, like flint knapping.[7] Interactions between people thus take place in a socio-cultural extended evolutionary niche, wherein communication and social position provide signals that may quickly be read as affordances.[8]

The social function of emotions in emotional display relate to the mutual concerns that develop in relationships.[9] As such they can be understood as nonconceptual skillful engagements with the world for the purposes of influencing the perception and behavior of conspecifics.[10] For example, Fischer & Manstead (2015) argue that the primary social function of emotions at the interpersonal and group levels is social distancing or affiliation.

The notion of affordances can be extended from the traditional sensorimotor varieties to intentional shared attention, and even institutional affordances, like organizational structures of social interaction.[11] Indeed, social institutions serve as an implicit background for interpersonal interactions, they are producers and maintainers of affordances.[12] Cultural affordances include the remains of history and civilization which enable the developmental acculturation of humans.[13]

The direct perception approach depicts behavior as an ecological mode of resource usage in which perception functions as an embodied, enacted manifestation of the felt affective need for regulating the homeostatic system of the body.  From niche construction to the landscape of affordances, highlighting the situatedness of behavior aids theoretical reflection upon the relational nature of agential navigation.

We integrate elements of ecological psychology and affective neuroscience by suggesting a model of the function of affect as a conative embodied appraisal of perceptual affordances in the context of the mnemonic scaffolding of body-world information loops. Affordances are depicted as learned vehicles of imperative informational transfer between the creature and the learned context of the social and spatial environment.[14] This can be illustrated by empirical work on salience in social processing as represented in the prefrontal cortices that may serve as embodied intentions in perception and option-outcome selection via affective goads dynamically motivated by homeostatic needs, leading to adaptive action patterns and information-seeking behaviors.[15] Such work bears upon the nature of the relation between emotion, cognition, and attentional working memory functionality.[16]

In the next post we continue this affective and perceptual analysis of the evolution of mind by offering a theory of proto-linguistic systems of representation in body and task grammar.

[4] McCall, C., & Singer, T. 2015. Facing off with unfair others: introducing proxemic imaging as an implicit measure of approach and avoidance during social interaction. PloS one, 10(2), e0117532; Robinson S. & Pallasmaa, J., Mind in Architecture: Neuroscience, Embodiment, and the Future of Design. Cambridge: The MIT Press, 2017.