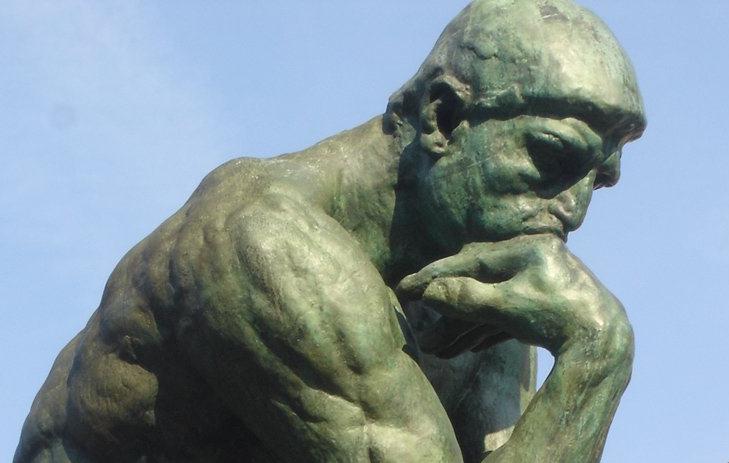 In this post I want to approach the topic of the previous post from a different angle. I raised two questions about the U&C study: whether people believe the comparative ratings (Question 1), and what inference, if any, leads them to their ultimate verdict (Question 2). Either question would be natural to raise on its own. But besides having this in common, the questions are related in a deeper way. Here I want to explain how I take them to be related.

When we were discussing Question 2, we explored different sets of claims that participants might have taken to support the verdict that Michael would make a good police chief. We ended up with roughly two types of proposals.

At the other extreme, the inference operated only over propositions that you could read off from the ratings that the participants were asked to make. That was the inference that I (perhaps wrongly) took John to emphasize (in connection with Matt Boyle) when he suggested that if participants believe that Michael would make a good police chief, then there must be something they would take to be a reason for this belief.

So there are the psychological factors that seem to most directly explain why the participants reach the verdict, and then there are things people offer as reasons for their verdict. In short, explanatory reasons come apart from defensive reasons. They come apart in Uhlmann and Cohen’s study, and in many other studies and everyday situations as well. The defensive reasons don’t control the verdict, and to that extent they’re not explanatory. The explanatory reasons aren’t ones that participants take themselves to be inferring from, and for that reason they wouldn’t show up in their own explicit defense of the verdict.

Some philosophers refuse to use the label ‘reasons’ for factors that are inaccessible to the subject in the way that the explanatory reasons are. I’ve been using “reasons” without that restriction.

Each kind of reason brings into focus a different dimension of what it might be to ‘take some considerations to support a conclusion’. That’s why cases where they come apart challenge us to refine our account of the kinds of inferences that bear on the rationality or irrationality of the subject.

“To make a judgment because we are cognisant of other truths as providing a justification for it is known as inferring.”

As various philosophers have pointed out (e.g. Boghossian 2013, Chudnoff 2013), Frege’s insight remains if you expand the relata of inference to include more than judgments (e.g., supposition. Or for that matter, perceptual experiences). And it remains even if you relax the factive dimension of being ‘cognisant of providing justification’, so that you can infer Q from P even if P doesn’t really support Q, but you take it to. Frege’s main idea about inference  survives these adjustments. His idea is that you infer Q from P, only if you in some way take P to support Q.

Why does it matter whether participants believe the comparative ratings?

A chunk of the literature on inference is devoted to illuminating what kind of psychological states are involved in ‘taking’ some considerations to support a conclusion. If participants don’t believe the comparative ratings in the U&C experiment, then can they take them to support the verdict?

Well, the comparative ratings belong to the participants’ defensive reasons for their ultimate verdict. And didn’t I just write that there are two dimensions of taking – roughly: controlling (done by explanatory reasons) and reciting (enabled by defensive reasons)?

But here I think we need to distinguish between two kinds of defensive reasons: the ones you believe, and the ones you don’t believe but merely recite.

What if you don’t believe the comparative ratings? What if the shiftiness brought out by the experiment precludes you from believing them? Then it seems wrong to say that you are taking them to support the conclusion. (I’m assuming that there isn’t any other belief-like relationship you have to the propositions, such as supposition, intuition, or perceptual experience, that would make those propositions available as inputs to the inference). If you don’t believe that Socrates can fly, then you won’t take the proposition that Socrates can fly to support the verdict that Men can fly, with help from the proposition that Socrates is a man. You might recognize the corresponding argument as valid, but that’s not enough for you to use it in drawing an inference.

So the question about whether you believe the comparative ratings bears directly on whether it figures in an inference, when inference is constrained by Frege’s insight.

We could speak loosely and relax the notion of inference by letting go of Frege’s insight. That would leave us with something like superficial inference. Reciting things you don’t believe in defense of a verdict is a way of making noises that are typical of inference without actually making an inference using the propositions expressed by those noises (did you ever try to sing the prosody of philosophical argument to a toddler?). The participants may still be reaching the verdict via inference. But we should look elsewhere to find out which inference they’re making.

If the comparative ratings aren’t believed and don’t figure in any inference to the ultimate verdict, but the verdict is reached by inferences, then that leaves the stereotype (perhaps in the unpacked version Nick outlined) as inputs to the inference.

Some readers of the last post resisted the idea that the verdict was reached via inference at all. The factors leading to belief struck them as the wrong kind of thing to be involved in inference. In the next post, I want to discuss the difference between inputs to inference (such as the beliefs we’ve been exploring), and factors that regulate which inferences you make. If you thought that the stereotypes in the U&C case were not belief-like enough to be inputs to inference, they might still regulate which inferences a subject makes. In the next post I want to discuss that kind of regulative role by focusing on fears and preferences.