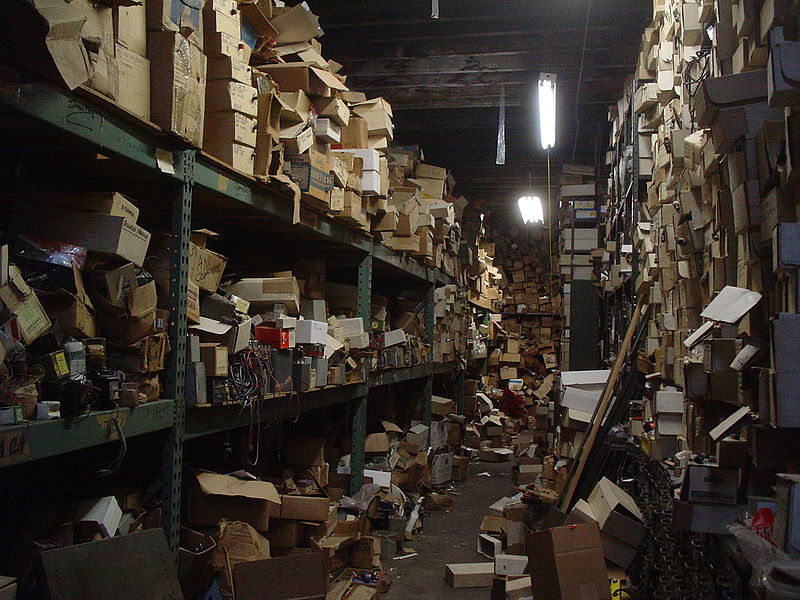 When you were a kid, did your room ever get really messy? Of course it did. Did its messiness bother you? Quite possibly not. Lots of kids are not at all bothered by their messy rooms. (Question: Does it even look messy to them, or does it look orderly? We may revisit this question in a subsequent post). But parents often take offense at their kids’ messy rooms. They issue stern directives (e.g., “Clean up your room!”). Do the kids say: “My goodness, you’re right. What a mess! I’ll clean it up right away.” ? No. The typical response is some kind of resistance.

The kid’s situation is ripe for rationalization. They may well offer a reason as to why it really doesn’t make sense for them to clean up their room. “I can’t clean up my room, because… [my <knee, foot, arm, shoulder, nose, etc> hurts, I have to practice violin, I’ve got to finish my homework, etc.] But these reasons do not reveal the real reasons they have for the refusing to clean up their room, and the kid knows it.


So let’s switch to an example about belief where there’s a disconnect between the factors that actually explain why a person has a belief, and the reasons they give for the belief. First I’ll give you the example. Then I’ll raise the questions.

To make things spicy, I’ve drawn my example from an experiment about discrimination in hiring. We didn’t need experiments to tell us that people sometimes don’t reveal the real reasons for their beliefs when you ask them. But it’s often important to figure out what the factors leading to specific beliefs are.

My example is adapted from a 2005 study by the psychologists Uhlmann and Cohen, where they were investigating the role of gender stereotypes in hiring decisions. (It’s called “Constructing Criteria: Redefining Merit to Justify Discrimination”. Psychological Science 16/6, 2005.

Uhlmann and Cohen were looking for the psychological mechanisms of discrimination that would explain why Michael (a male candidate) was consistently rated more qualified than Michelle (a female candidate with exactly the same qualifications). The experiment includes some candidates have strong streetwise qualifications, but little formal education, and other candidates with strong formal education, but little policing experience. When evaluating these candidates, participants had to decide how important the relative strength of each characteristic was.

Where’s the rationalization in this picture? Apparently, people reach the verdict that Michael would make a good police chief and should be hired. They don’t reach either verdict about Michelle. <Oversimplification alert – but that’s the gist.>. What do they think makes Michael a strong candidate? Going by the ratings in the experiment, the participants’ official reasons are these: he’s got more education than experience, and education counts more than experience for succeeding as police chief.

But these don’t seem to be their real reasons. Q: Why isn’t their real reason that: Michael has more education than experience, and education is more important than experience for being a good police chief? – A: In the analogous “Michelle” condition (where Michelle is just like this Michael, and has more education than experience), participants seem to say that experience counts more than education. What’s pulling the strings in their verdicts about who would be a good police chief does not seem to be their ratings about which qualifications matter more, because those ratings are not stable. It seems to be stereotype. Their ratings about relative importance of education an experience are pushed around by the stereotype. And since their verdicts on who should be hired go with those ratings, their verdicts seem to be pushed around by the stereotype as well.

(Side note: you may have heard about the CV studies, in which the same CV is sent to (real-life) prospective employers, sometimes with male names and other times with female names (Dovidio 2000), and male candidates got called back more often. A natural explanation of this result (and the usual explanation, so far as I can tell) is that the same qualifications are perceived as counting for more in male candidates than female ones. So you might wonder that uneven weighing of the same qualifications happens in this study too. But it doesn’t. Participants count Michael as equally qualified as Michelle when it comes to education, when their CVs are exactly the same. The effect that Uhlmann and Cohen find seems to stem from the shift in relative importance of education vs. experience).

Here are three questions about belief and inference raised by this sort of example.

Q1. What do the participants believe about whether education matters more than experience for being a good police chief?

Q2. Assuming that they reach the conclusion that Michael would be a good police chief by inferring it from the information they get from his file, what are the components of their inference?

Q3. If they don’t reach the conclusion that Michael would be a good police chief by inference, how do they reach it?

On Q1: What do the participants believe about whether education matters more than experience for being a good police chief?

This is the kind of thing that people have beliefs about. And those beliefs seem on the face of it like beliefs that we can find out about by asking people. But when U&C ask people in the experiment, they do not get a straight answer. Some options:

A2: They believe what they say, because the shifty, stereotype-influenced settings determines belief. Whatever the participants say they believe about the relative importance of education vs experience in the experiment is what they believe. What they believe about this matter is sensitive to other things they are thinking and other information they have – such as whether they’re evaluating candidate Michael or candidate Michelle for police chief, and whether that candidate has more education than experience, or vice-versa. When the stereotype ‘pushes around’ their beliefs, it does so through reasoning: the participants reason unconsciously that male candidates tend to be more qualified, infer that whichever qualification Michael has more of (experience of education), that qualification matters more.

I think each of these proposals is problematic, but also each is also somewhat plausible in its own way. I’ll save further discussion for the comment thread or a subsequent post. Please comment on any of the options (or on anything else) if you’re interested.

On Q2: Assuming that they reach the conclusion that Michael would be a good police chief by inferring it from the information they get from his file, what are the components of their inference?

If you’re a participant in this experiment, you go through what seems like a paradigmatic case of reasoning. You consider how well qualified each applicant is, how important the two kinds of qualifications are, and you make a judgment about who should be hired. It would be natural to expect this process to include some explicit reasoning leading to the ultimate verdict about who should be hired.

It’s a bit different in the messy room case. The kid who declares her refusal to clean her room may not be under any illusion about her reasons for not cleaning up. (If the negotiation or discussion goes on too long, she might talk herself into them though!) Another disanalogy: the kid is (not very successfully) hiding the real reasons from the parents. If the participants is hiding real reasons from anyone, their hiding them from themselves.

Assuming that the participants are drawing an inference to the conclusion that Michael should be hired, what are the inputs to this inference?

A flat-footed answer to this question is that their inference is something like this:

P1. Michael has a good background in education.

P2. Education is more important than experience in being a good police officer.

[ancillary premises – Michael has no disqualifying features, and other background features that are strong]

Inference is often characterized as “forming acceptances for reasons of other acceptances” (that formulation is from Crispin Wright in a recent paper on inference in Philosophical Studies, responding to a paper by Paul Boghossian in which he says something similar about what inferences are). Let’s focus initially on belief, rather than ‘acceptances’ in general (‘acceptance’ is a somewhat elusive category). On this standard picture, if you form a conclusion-belief by inference, then at a minimum, your inference from some inputs (such as the beliefs in the premises) explains why you form the conclusion.

Does a belief in P2 explain why the participants draw the conclusion that Michael would make a good police chief? If participants don’t believe P2, then the answer is No.

Perhaps there is some other attitude toward P2 besides belief that is an input to this inference. For instance, maybe they are accepting P2 for the sake of getting through the experiment, but on reflection they wouldn’t endorse it. Let’s call any old attitude toward P2 (belief or otherwise) that they respond to when they reach the conclusion a “P2-attitude”.

But even if the participant has a P2-attitude, that attitude seems incidental to their reaching the conclusion. Like the kid in the messy room, the participants in the experiment do not seem to be voicing the real reasons for their verdict. If Michael had a lot of streetwise experience, then their ratings of importance wouldn’t match P2. They’d rate experience as more important than education. Because it is incidental to the conclusion, it does not seem to explain why they reach the conclusion. It’s just along for the ride.

If the participants are not reaching their conclusion via inference from P1 and P2, what other inferences might they be drawing? Here are some ideas.

A1: Inference from the stereotype. Participants infer directly from “Michael is male” and “Men make good police chiefs” to “Michael would make a good police chief”. If this is their inference, then despite all the trappings of consulting the application, no inferring from P1 and P2 is going on at all.

A2: Two inferences (re-basing). Participants initially make the inference in A1. Then they ‘re-base’ their belief that Michael would make a good police chief on P1 and P2.

A3: No inference: They reach the conclusion without making any inferences at all.

This is long enough already so I’ll save discussion of the merits and drawbacks of these options for later. Option A3 raises our third question: if participants do not reach their conclusion by inference, then how do they reach it?