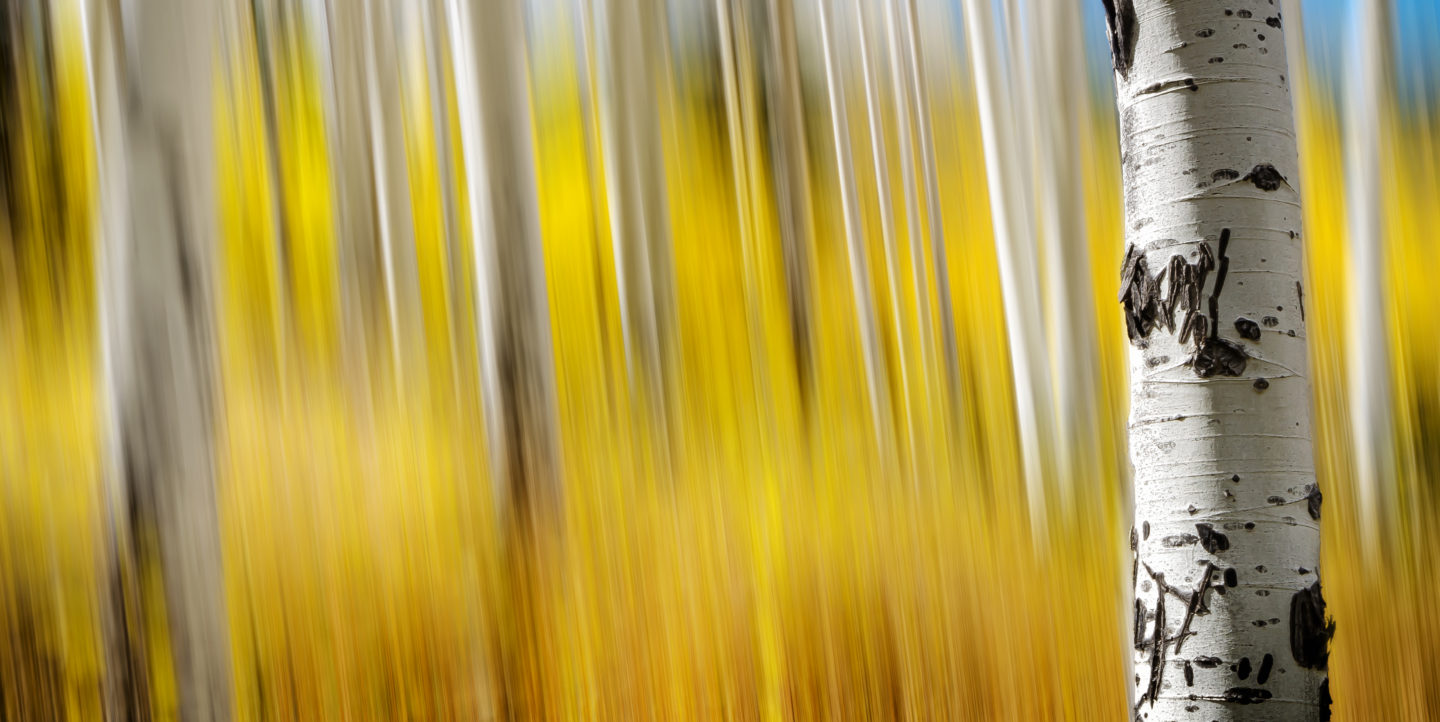 While we argue that consciousness and attention must be largely dissociated, there is some overlap between the two. Conscious attention is this overlap and can be described as the “reportable” form of attention that is part of conscious awareness (i.e., where the contents of attention are consciously accessible such that one could report detecting this information). It is not the case, however, that attentive processes always produce conscious experience—lots of attention happens outside of our awareness. On the flip side, it is also possible, according to some studies in cognitive psychology, that not all conscious experiences rely on attentional processing, but this claim is harder to substantiate. Nevertheless, we can focus on the overlap of conscious attention to tell us more about consciousness in general.

One could outline the evolution of attention (although not many have) based on adaptations that were required as organisms had more complex interactions with their environment—such a theory would not cause much controversy. Attention ranges from simple forms of feature detection to more complex integration of information from multiple modalities. Talking about the evolution of consciousness is a little more problematic, since, as we said earlier, there is no clear functional role for phenomenal consciousness. The age-long question of “what is the purpose of phenomenal experience?” continues to be debated, and many would argue it is simply a spandrel of sorts. Conscious attention may give us a way to talk about consciousness from an evolutionary perspective. That is, there may be a few reasons why conscious attention evolved based on some findings from recent studies and this has implications for our theoretical understanding of consciousness.

Some functional roles for conscious attention include the integration or mapping of information across modalities, especially for action-related tasks (e.g., binding information together in a ‘global workspace’ so that they are considered to belong to the same object or event). It can also enable forms of empathic understanding that promotes social interaction, which inherently requires a level of self-awareness. It can also interact with emotional systems to force an agent to fully engage in its environment, which can be best exemplified when some environmental factor (e.g., pain, or spotting a predator) produces a state of fear that requires instant and focused attention for survival. These are a few examples of conscious attention, which we argue needs to be studied in more detail.

So, while we think that consciousness and attention are largely dissociated, conscious attention is a critical area of overlap that could advance our understanding of consciousness. [And to plug our recent work, we discuss this in more detail in chapters 4 and 5 of our book and give an introduction to these arguments in a recent Psychonomic Bulletin & Review paper.] 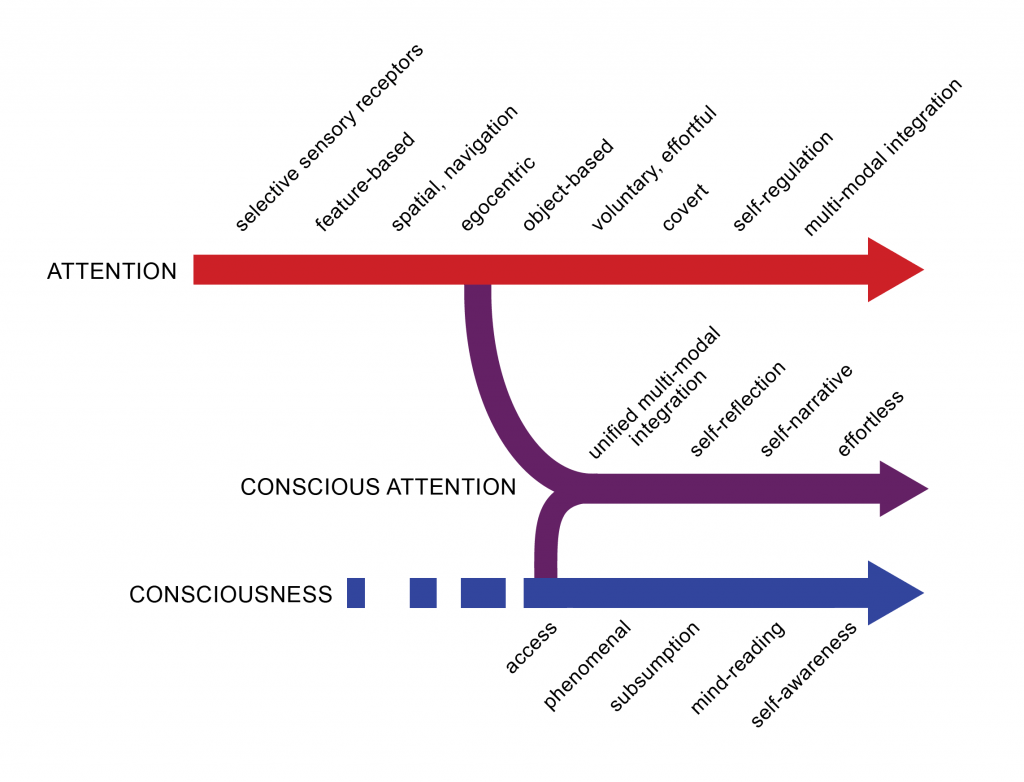 A hypothetical sketch of the consciousness-attention dissociation, and the overlap of conscious attention, with the x-axis representing abstractly the temporal patterns of appearance for the different forms of attention and consciousness (this does not imply a strictly linear progression). The main idea is that attention appeared earlier as an adaptation to serve various functions, which evolved over time, while consciousness appeared later with no clear functional role. Conscious attention may serve some adaptive/functional roles, but this requires empirical support. [Illustration adapted from our book Consciousness, Attention, and Conscious Attention (MIT Press, 2015).]