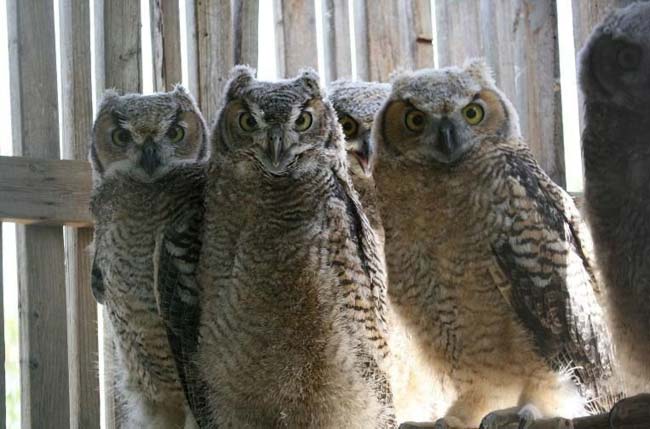 A couple of months ago I got an amazing book called Owls of the World that more or less summarizes all the knowledge that humanity has gathered so far on the 250-odd species of owl inhabiting the earth. It gave me a glimpse into the kind of work a zoologist working on owls engages in. Much of it involves trying to explain owl phenomena: typical food and hunting styles, social behavior and communication, breeding habits, migration patterns, etc. Sometimes we learn things from the “deep essence/hidden nature” of the owl: recent DNA analysis, for example, suggests that owls are closer to parrots than to falcons!

But what struck me most is how much of the book – and apparently, of the owl zoologist’s workaday – is taken up with just describing owls. The heart of the book consists of 72 color plates with drawings of hundreds of different types of owls (different species, genders, and ages), with next to them descriptions of the following style

There are hundreds of these, by the way, making up the core of the book. On reflection, it makes perfect sense: it’s all very nice to explain X, but first you need to get clear what needs explaining. That is, before you launch into an explanatory project, you need to describe the explanandum.

It is a curious feature of philosophical work on consciousness that far away most of the “research energy” goes into explaining consciousness. Mostly what’s at issue is reductive explanation of consciousness in terms of underlying neural substrate. Sometimes there’s interest in broadly causal explanation, say of the evolution of consciousness. You’d think that before we embark on these explanatory projects, we’d take the time to put in place a sound description of the explanandum. In practice, however, we often rest content with a sentence for insiders about what it’s like to see red and/or what it’s like to feel pain and then launch into the explanatory project that’s our real interest.

The idea behind my book The Varieties of Consciousness, which John Schwenkler has kindly asked me to blog about and around, so to speak, was to pause for some 300 pages on the matter of describing consciousness. The idea is not just that getting a fuller portrait of the phenomenon up for explanation might help or reshape the explanatory project. It was also, and primarily, that the descriptive project is interesting and worth pursuing in its own right. It has not only instrumental intellectual value, but also intrinsic intellectual value.

In the book, I took for granted that there a phenomenal experience of perceiving and a phenomenal experience of pleasure and pain (“algedonic experience,” as the cool kids are calling it). Those are the paradigms that always come back. The first is a kind of sensory phenomenology, the second a kind of sensuous phenomenology. The question I raise in my book is: what if any other types of phenomenology, neither sensory nor sensuous, do we find in our conscious life? For example, there has been a lively debate for the past decade over the existence of sui generis phenomenology of thinking – so-called cognitive phenomenology. There’s also a somewhat similar debate on the phenomenology of agency. I’m going to blog about these debates and others like them in the days to come. But the general question I wanted to raise in my book is:

(Q) How many types of phenomenology do we need to posit to just be able to describe the stream of consciousness?

I actually offer an answer* in the book: six! (The asterisk is there because the answer is very tentative, and it’s offered as an answer not quite to Q above, but to a descendent of Q arrived at through some conceptual and metaphysical weed-clearing…) More specifically, I discuss four types of phenomenology, beyond the perceptual and the algedonic, that I claim are independent from each other (mutually irreducible) and indispensable for a full description of consciousness. They are: cognitive phenomenology, “conative” phenomenology, the phenomenology of entertaining an idea or a proposition, and the phenomenology of imagination.