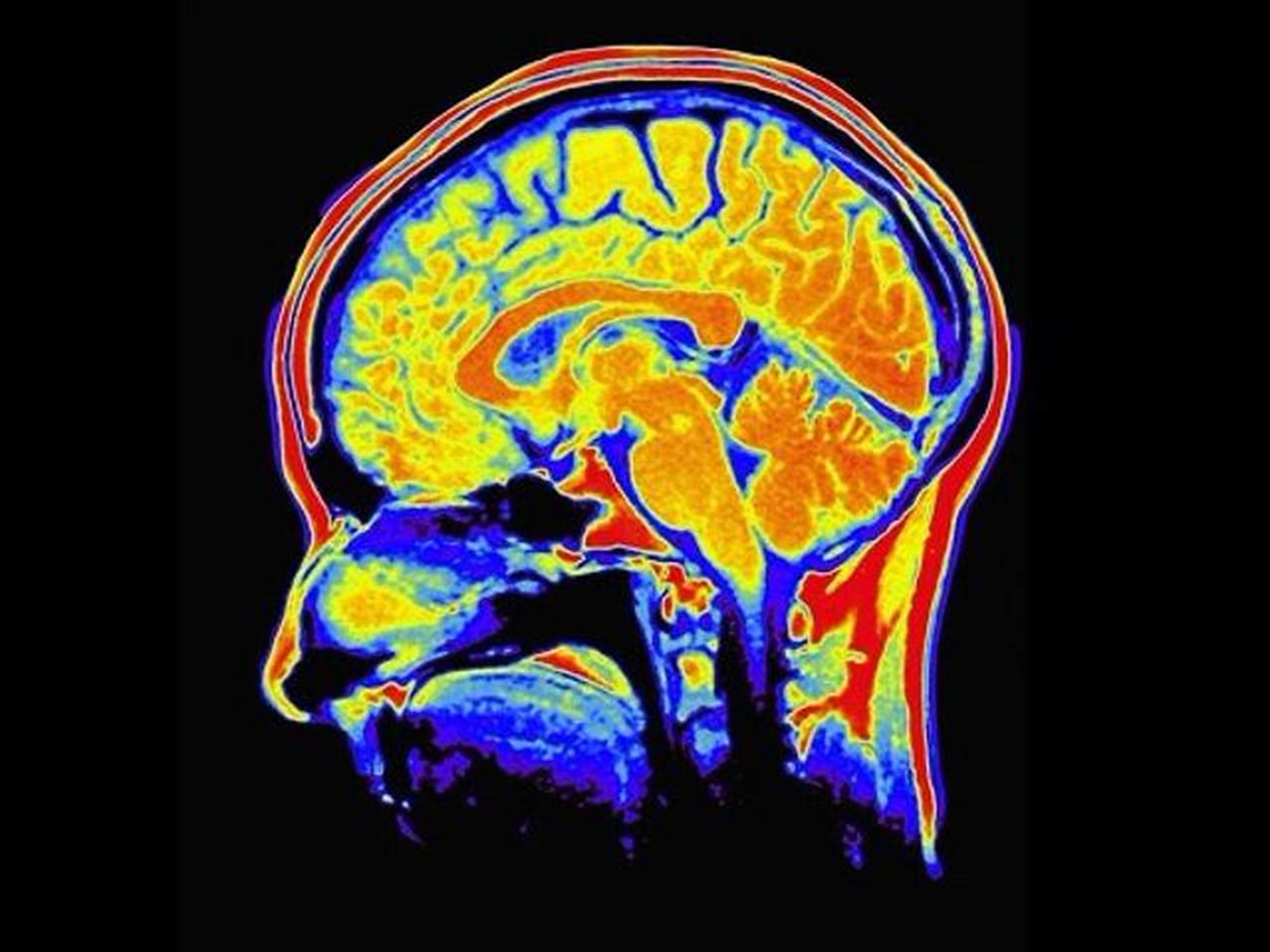 [[This is a guest post by Matt Faw, a filmmaker who together with Bill Faw is the author of a recent paper in WIREs Cognitive Science, “Neurotypical subjective experience is caused by a hippocampal simulation”. The post is a précis of their article.]]

Consciousness. One of the problems in finding its neural cause is that the word itself is too ill-defined, and means too many things. Often, consciousness is postulated as a command-and-control process, an ersatz self that interprets sensory information, thinks about their meaning, imagines possible responses and their potential outcomes, decides the best course of action, and controls the body into behavior.

This definition of consciousness runs into conflict with the evidence of modern neuroscience. Brain imaging and pathologies reveal that brain processing is highly distributed throughout various structures, which we’ll call ‘nodes’. These nodes are semi-autonomous processing centers which work in parallel to each other, each taking on the most fitting part of any mental task. A robust communication scheme links various nodes into networks, and allows them to communicate with each other. However, no node or network of nodes is responsible for all the functions ascribed to consciousness in the paragraph above.

Another view of consciousness, first started by Immanuel Kant, questions whether the phenomenon is what it seems to be. From the 1st-person view, I seem to be a united perceiver / thinker / imaginer / decider, not a network of nodes. Perhaps that 1st-person view is inaccurate, an accident of evolution. After all, in dreams I also seem to be perceiving, thinking, imagining and deciding, even though none of those semblances are accurate to what my sleeping organism is doing. Both waking and dreaming feature this internal experience of being a self in the world, so maybe the experience is misleading. Maybe experience is a story that my brain tells itself, a form of mental movie that strategically depicts a unified mind and body, interacting with the real world, even though that united mental self may be a fiction.

Indeed, the current commonly-agreed upon philosophical definition of consciousness is just ‘subjective experience’ or the inner moment-to-moment virtual-reality movie of being a mind and body in the world. It is the working definition of consciousness, because although we can all agree that the appearance of an inner self is compelling, there is not yet evidence to suggest that the appearance is correct. Neurotypical subjective experience (NSE) is what our theory sets out to explain.

Subjectively, we already recognize that episodic memory is a form of inner movie which, when recalled, closely resembles the original experience. This is especially true, immediately after a salient event, when it is possible to re-experience that event in vivid detail, including thoughts and feelings.

It has always been assumed that episodic memory occurred downstream of consciousness, and just recorded what consciousness was already processing. However, studies of the HF reveal that it is the one place in the brain where the entire experience comes together. The HF is at the apex of a ‘pyramid of reports’, multiple parallel processing hierarchies within which granular input is refined into increasingly meaningful conclusions. The salient final conclusions from each processing hierarchy are sent as reports to the HF, which binds those reports into one simplified but highly contextualized inner movie of experience.

We hypothesize that the inner movie of episodic memory is then shared around the brain, for error correction, to drive predictive processing, and to share one common story of ‘what just happened’. It is the activation of target regions by the brand new memory that we believe gives rise to the sense of experiencing.

We analogize this process to a news media outlet, receiving newsworthy reportage from all around the brain, stitching those reports into one simplified but contextualized ‘news report’, and then broadcasting that master report back around the brain, for a global experiencing of the big picture. Of course, no part of the brain is ‘watching’ the news report; rather they are activated by the new memory, and that activation gives rise to experience (just as the visual cortex does not ‘watch’ the outside world, but is rather activated by it).

This is a very brief outline of the mechanism by which NSE is generated, according to our theory. For the sake of brevity, we have left out large sections of the argument, particularly how the reports of both the body and the mind are generated, and included in the brand new memory. In our paper, we also deal with H.M. and similar patients with adult-onset complete bilateral hippocampal damage, investigating how they function without NSE. We briefly explore some mysteries of subjectivity, like dreaming, anosogonosia, alien hand syndrome, language and image thought, etc. and try to show how they may be explained by the model. Plus, we make a much more thorough anatomical argument for how sensory data becomes coupled with conceptual models and joins environmental models within the HF for the sake of memory generation.

Since we cannot encapsulate the entire argument in this blog, we encourage interested readers to seek out the original at the publisher’s site (currently not behind a paywall): https://onlinelibrary.wiley.com/doi/10.1002/wcs.1412/full or the same text at the authors’ site: https://drive.google.com/open?id=0B-3NAbdjTZEIOU5yc2s3OG5xam8

In conclusion, the mysteries of neurotypical subjective experience may be less mysterious than we’ve thought. We already know about a system which receives final conclusions from all around the brain, and which generates an inner movie of being a mind and body in the world. We already know how this inner movie can trigger a global brain experiencing (as in memory recall). The only inhibition to understanding how NSE is created in the brain is our intuition that the perceived self is the true agent of the brain and that the perceived mind is the actual cognition of the brain. If we are able to accept that the self and the mind are not what they seem to be, but are rather news reports from various nodes, stitched together into the overall gestalt of experience, then we can accept that NSE is caused by a brand new episodic memory, output from the hippocampal formation.

[[Questions about this theory can be addressed to the lead author, Matt Faw at: mattfawfilmmaker@gmail.com. More information about the documentary we’re producing is available at consciousness3d.net.]] 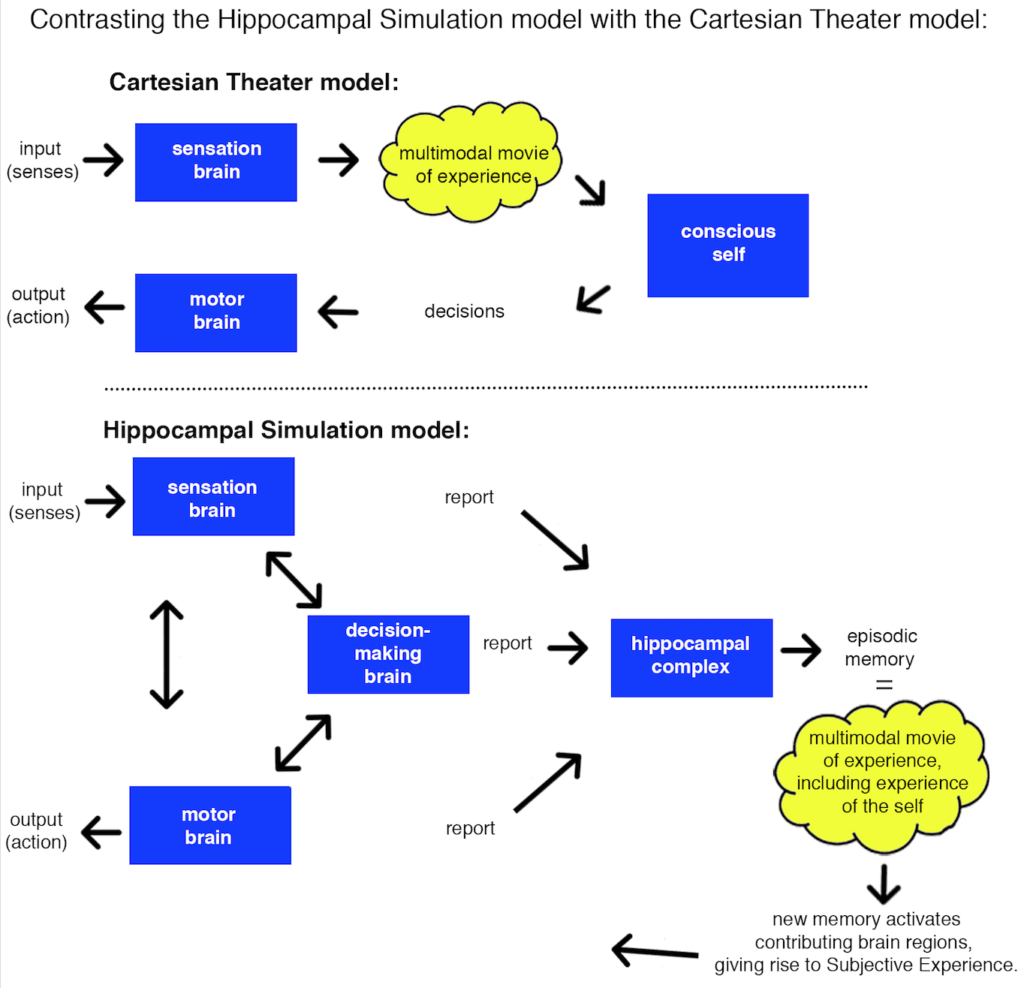