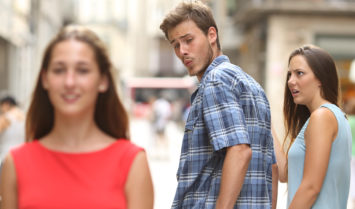 In the first post, I considered the 4-E objection that mindreading is not an important, frequently used tool in our folk psychological toolkit. I argued that mindreading accounts can withstand this challenge. We do regularly attribute mental states to others and explain and predict their behavior. Nevertheless, such challenges open the door to reconsidering the notion of mindreading. In that spirit, there is a cluster of objections to the orthodox view stemming from pluralistic accounts of folk psychology to which I am much more sympathetic.

Pluralistic folk psychology maintains that we have lots of different methods for understanding and interacting with others and mindreading is just one of these methods. On the pluralistic view, the folk psychological literature has paid far too much attention to mindreading, explanation, and prediction and far too little attention to trait attributions, stereotypes, behavioral schemata, and the way in which we employ these folk psychological tools to regulate our own and others’ behavior.

Kristin Andrews (2012), one of the first to propose this view, argues that some non-human animals clearly are capable of attributing personality traits to others but there is little evidence that they are capable attributing propositional attitudes like beliefs. Similarly, people on the autism spectrum are capable of attributing traits and employing schemata for social interactions but nevertheless have difficulty attributing beliefs and desires. These dissociations suggest the attribution of traits, schemata, etc. do not require mindreading. Andrews argues that humans and others species can function socially quite well with these other social practices. She argues that we mindread only to explain anomalous behavior that we are interested in explaining, and mindreading is just one amongst many social practices that make up our folk psychological toolkit.

Victoria McGeer (2007) offers a related version of folk psychological pluralism that she calls regulative folk psychology. On McGeer’s view, mindreading is more central to folk psychology than on Andrews’ view. McGeer argues that we regularly attribute to ourselves and to others beliefs, emotions, traits, etc. In contrast with the standard mindreading story, however, she emphasizes more than just belief and desire attributions, and she argues that the function of such attributions often is to regulate our own and others’ behavior, not to explain and predict behavior. When I attribute to you the trait of being nurturing, I am using this personality trait to make sense of your past behavior but also, and often most importantly, I am implicitly saying to myself, to someone else, or to you that you ought to behave in a nurturing way because that is who you are. The normative role of folk psychology is not at all well captured by the standard mindreading story.

Finally, Tad Zawidzki (2013) argues that our folk psychological practices primarily aim at what he calls mindshaping rather than mindreading. In ontogenetic development and in adults’ ordinary social interactions, our social practices aim to shape minds to conform to predictable patterns of behavior. Mindshaping comes in the form of imitation, pedagogy, conformity to norms, attribution of traits, narrative self-constitution, etc. By attributing traits and mental states to others, we are attempting to make others’ minds more coherent and more predictable, which enables cooperation, the development of tools and language, and even mindreading. Thus, the primary function of our social practices is to get ourselves and others to conform to certain ways of thinking and behaving to facilitate cooperative engagement.

Pluralistic folk psychology raises two important questions for mindreading theories. First, if one accepts that we can navigate the social world using methods other than mindreading, are mental state ascriptions a necessary or central part of our social interactions? Do we need mindreading at all, or can we just get by with schemata, scripts, personality trait inferences, and stereotypes? My answer, which I defend in chapters 3 and 4 of my book, is that we have a broad repertoire of methods for understanding others and these methods interact in messy ways. Some of these are methods have received little attention from mindreading theorists. I shall argue in the next post that social categorization and stereotypes are deeply influential in our social interactions. They shape how we see others’ behaviors before we even attempt to interpret their mental states. The influence of social categorization and stereotypes is so deep that we might not even recognize that we are employing these social practices until someone with different ways of categorizing and different stereotypes points out that they see the social interaction radically differently. Thus, an adequate account of mindreading ought to take into consideration the effect that these other social practices have on mindreading. (See, for example, Spaulding (2017), Westra (2017a, 2017b).)

The influence goes the other way around, too. Mental state ascriptions can influence the personality trait inferences we make and the scripts we employ. For example, inferring that someone is nurturing or ambitious may require that you make assumptions about their desires and intentions, which may make certain schemata or scripts more readily available. In real-life social interactions (as opposed to abstract, simplified examples employed in the philosophical and empirical literature), these various social practices interact and influence each other in messy ways. We are never just attributing a personality trait or just attributing a desire or just attributing a stereotype. We often are doing all of these things without much reflection on the subtle and complex ways in which mental state attributions, trait attributions, schemas, and stereotypes influence each other. Thus, there is good reason to doubt we can pull apart these social practices in real-life social interactions. This puts pressure on the idea sometimes implicit in pluralistic folk psychology that we can separate mindreading from these other social practices (Andrews 2012, Zawidzki 2013). We cannot, which is all the more reason for the mindreading theorists to embrace the spirit of the challenge from pluralistic folk psychology.

A second question that pluralistic folk psychology raises is whether mental state ascriptions serve as causal explanations and predictions or rationalizing and regulating explanations. The most sensible answer seems to be that our mental state ascriptions serve both of these roles, and others as well. Again, it is messy. As I will argue in future posts, the folk psychological literature has paid virtually no attention to the variety of goals we have in a social interaction, the different approaches to mindreading that correspond to these goals, and the different kinds of products of mindreading. Our goals and corresponding approaches to mindreading have a profound impact on the kind of explanation we generate and what we do with that explanation. Mindreading serves many purposes. In real-life social interactions, the different explanatory roles of mindreading are difficult to pull apart because they shift as our goals and the dynamics of an interaction change. It is not helpful to assert a dichotomy between causal explanations and rationalizing explanations because mindreading can generate many different kinds of products. I shall argue in the next few posts, we have good reason to support pluralism about our repertoire of social practices, the kinds of explanation we generate in social interactions, and what we do with those explanations. A broad, overarching theme of this book is that our social interactions are much messier, more complicated, and more diverse than the empirical and philosophical literatures on folk psychology indicate.

(For those interested in pluralistic folk psychology, Evan Westra, Kristin Andrews, and I are co-editing a special issue in Synthese on this topic. See the call for papers here.)

Spaulding, S. 2017. “Do you see what I see? How social differences influence mindreading.”  Synthese.