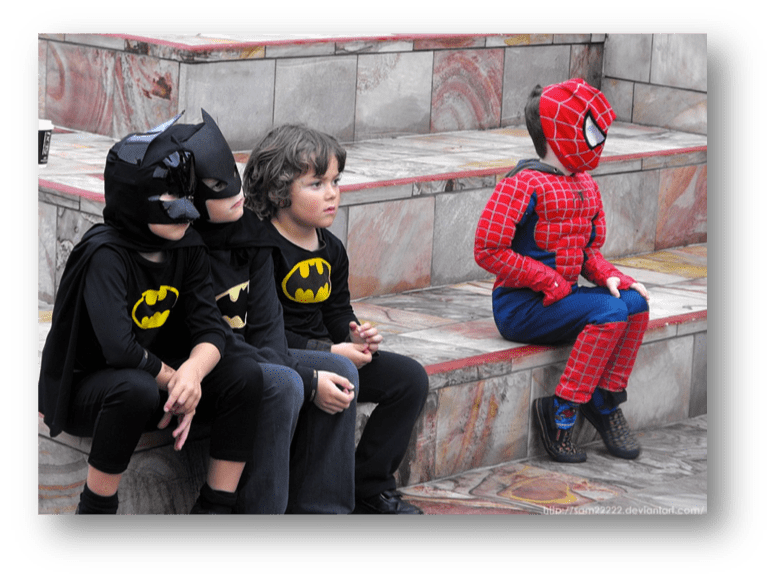 In the previous two posts, I examined challenges to the view that we regularly attribute mental states to others and explain and predict their behavior. Although these challenges do not show that mindreading is a rarely used or relatively unimportant tool, they do highlight how limited the ordinary conception of mindreading really is.

Typically, philosophical and empirical discussions of mindreading focus on the concept of belief, how and when we attribute beliefs, and whether infants and non-human animals attribute beliefs. The mindreading literature also covers desires, emotions, and intentions, but discussions about belief dominate the literature. (See Spaulding (forthcoming) for a deeper dive into how and why belief came to dominate the mindreading literature.) The belief concept is important, and we do explain and predict behavior on the basis of belief attributions. But there is so much more to understanding others – more to mindreading – than just belief attributions.

Left out of the standard mindreading story are the ways in which situational context influences in-group dynamics, which behavioral patterns and stereotypes are salient, the personality trait inferences we make in various contexts, and the biases that shape how we interpret a social interaction. These factors play a role in filtering the available information in a subject’s environment, what kind of mindreading we engage in, and the kind of mindreading product we generate. My claim is not simply that these factors influence how we subsequently use our mindreading judgments. Rather, the input, processing, and output of mindreading vary along many dimensions, which makes constructing an empirically adequate account of mindreading significantly more challenging than typically recognized. I don’t have the space here to talk about all of these different factors, so I will focus on just a few here.

One major source of variance comes from how we socially categorize people behavior and events. Social categorization is reflexive and very fast. Within 100 milliseconds of seeing a face, we can sort people by age, gender, and race (Ito, Thompson, and Cacioppo 2004, Liu, Harris, and Kanwisher 2002). We tend to sort people by the most salient category, and age, gender, and race often are the most salient categories in heterogeneous, multicultural societies. However, the categories we employ can be modulated by various factors (Wheeler and Fiske 2005, Gilbert and Hixon 1991). Context, cognitive load, and our goals influence what is salient to us, and what is salient determines which social categories we employ when we reflexively sort people into social groups.

The social categories we sort people, behavior, and events into are associated explicitly and implicitly with various characteristics. For example, we tend to associate old with incompetence, female with warmth, and baby-faced with unthreatening. We also employ stereotypes of social categories. We rely on beliefs about how certain groups of people behave, and this helps us interpret their behavior quickly and efficiently, and it helps us anticipate what they will do next (Westra 2017b). Even when we interpret or anticipate behavior that deviates from the stereotype, it is often against the backdrop of a relevant stereotype. Different social categories will be salient to people with different goals and backgrounds, and they may also have different associations with and stereotypes of these social categories.

Further, on the basis of rapid facial recognition, we spontaneously infer personality traits, as well, e.g., trustworthiness, competence, aggressiveness, dominance (Olivola and Todorov 2010, Rule, Ambady, and Adams Jr 2009). We make such inferences very quickly (somewhere between a tenth of a second to a second and a half) even when we are under cognitive load, (Todorov and Uleman 2003, Malle and Holbrook 2012). Inferences about personality traits play an important role in the mental states we attribute to people and our interpretation of their behavior. If I infer that someone is, say, aggressive (on the basis of a very narrow slice of behavior, like a glimpse at his facial expression) this will influence how I interpret his behavior, whether I perceive him to be like me or different, whether I like him or not, etc. All of these subtle effects of spontaneous personality trait inferences shape my perspective on the target before I even begin to form beliefs about his mental states (Westra 2017a).

We tend to have more favorable attitudes toward and empathize more with in-group members, especially people who share our gender, race, age, religion, or nationality than toward people do not share these features (Rudman et al. 1999). The effects of in-group favoritism are especially strong in a context of competition or threat, where innocuous preferences for members of one’s in-group turn into more pernicious out-group bias (Cikara et al. 2014). These tendencies manifest in regarding in-group members as more capable of experiencing secondary emotions (such as pride and guilt) and as having richer, more complex mental experiences than out-group members (Haslam 2006). We tend to attribute more simplistic, caricatured mental states to those we perceive to be unlike us. We offer more charitable interpretations of the behavior of those we regard as part of our in-group and tend not to look for or notice similarly charitable interpretations of the behavior of out-group members. Indeed, recent empirical evidence suggests that we are more likely to focus on mental state terms when we are explaining the behavior of in-group as opposed to out-group members (McClung and Reicher 2017). Even 5 to 6-year old children are more likely to spontaneously attribute mental states to in-group members than out-group members (McLoughlin and Over 2017). These data suggest that we tend to think about the motivations, reasons, and emotions that bring about in-group members’ actions, but when it comes to out-groups, we simply consider the behavior itself without thinking about the mental causes of that behavior. All of this indicates that in-group/out-group dynamics have a significant, though subtle effect on how we interpret others’ behavior.

In addition to variance in what we take as input to mindreading, the goals we have in a social interaction influence the process of mindreading. Most contemporary mindreading theories presuppose that our primary goal in mindreading is to attribute beliefs in order to accurately explain behavior. We may have an assortment of goals in mindreading, including accuracy, social manipulation, efficiency, and self-interest. We may adopt more than one of these goals, and the priority of our various goals may shift as the social interaction proceeds. These goals correspond to distinctive strategies for mindreading, including careful deliberation, heuristics like projecting and stereotyping (depending on whether or not the target is part of a relevant in-group), and various kinds of motivated reasoning. We may adopt multiple mindreading strategies, which may also shift and influence the implementation of other strategies over the course of the interaction.

This relatively brief exploration of the data shows a couple things. First, the information one takes as input to mindreading varies depending on the situation, one’s goals, how we socially categorize, and whether we are interacting with in-group or out-group members. A related point is that to the extent that people vary with respect to their goals, social categories, and in-grouping/out-grouping, they will pay attention to different subsets of information and therefore their mindreading judgments will be based on different information. Second, our motivations in a social interaction, and whether we are interacting with in-group or out-group members, determine what kind of mindreading process we employ. So, it’s not just that we pay attention to different information, what we do with this information varies as well. The final point I want to make in this already-too-long post is that almost none of these phenomena are discussed by standard theories of mindreading. Those discussions focus narrowly on how and when we attribute a handful of mental states and often ignore the interesting, messy, and (as I shall explore in a future post) ethically complicated way that our goals and social biases affect mindreading. An adequate account of mindreading ought to explain these phenomena. In the next post, I will argue the Model Theory of mindreading has the potential to be the kind of broad, encompassing theory of mindreading we need.

Ames, D. R. 2004a. “Strategies for social inference: a similarity contingency model of projection and stereotyping in attribute prevalence estimates.”  Journal of Personality and Social Psychology 87 (5):573.

Malle, B. F., and J. Holbrook. 2012. “Is there a hierarchy of social inferences? The likelihood and speed of inferring intentionality, mind, and personality.”  Journal of Personality and Social Psychology 102 (4):661.