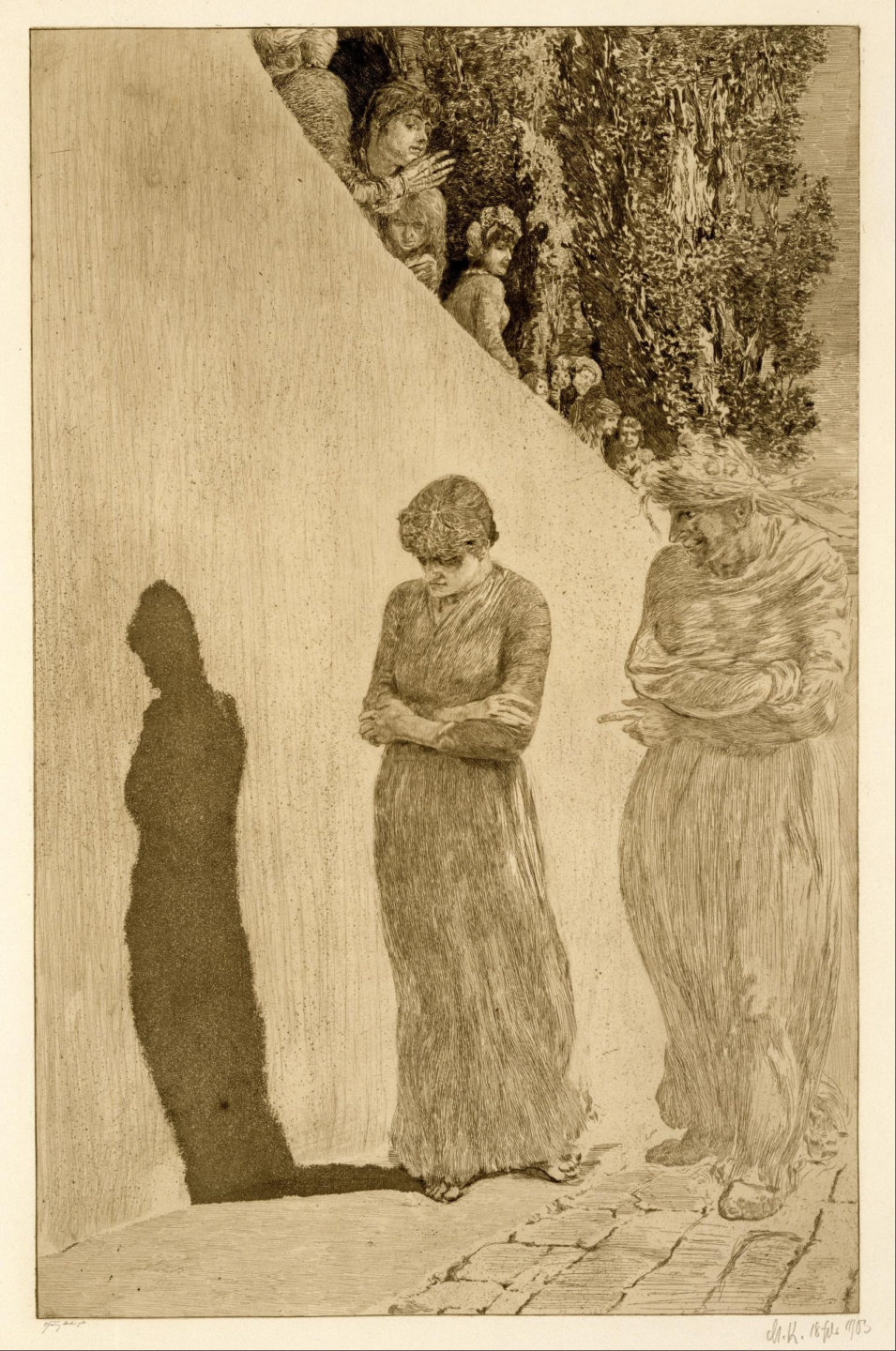 In part three of Self and Other, which carries the title The Interpersonal Self, I return to the earlier established contrast between the experiential self and the normatively enriched and narratively extended self. We are here dealing with two notions placed at each end of a scale. On the one hand, we have a minimal take on the self that seeks to cash it out in terms of the first-person perspective. On the other hand, we have a far richer normatively guided notion that firmly situates the self in culture and history. Whereas the former notion captures an important but pre-social aspect of our experiential life, the latter notion most certainly does include the social dimension, but it does so by emphasizing the role of language. Given the difference between the two notions, it is natural to wonder about the developmental trajectory. How do we get from one to the other? A possible answer, that simultaneously suggests that the two notions are in need of a supplement, is to point to pre-linguistic forms of sociality with a direct impact on the formation and development of the self.

In Self and Other, I propose that our experience of and subsequent adoption of the other’s attitude towards ourselves, i.e., our coming to understand ourselves through others, contributes to the constitution of a new dimension of selfhood, one that brings us beyond the experiential self, while not yet amounting to a full-blown narratively extended self. Following Neisser, we might call this dimension the interpersonal self, i.e., the self in its relation to and interaction with others (Neisser 1991). We develop as interpersonal selves, not only by experiencing ourselves in our interaction with and emotional response to others, but also by experiencing and internalizing the other’s perspective on ourselves. The interpersonal self has clear presuppositions of its own, including the possession of a first-person perspective and a capacity for empathy. But it also feeds into the subsequent development of a more normatively enriched and diachronically extended narrative self, and can thereby serve as an important bridge between the two previously discussed dimensions of self.

Although there is still some disagreement about how early the infant is able to be aware of itself as the object of the other’s attention, there is widespread consensus that this understanding is manifest in a whole range of emotions. The presence of emotions such as shyness, coyness and embarrassment indicates that the infant has a sense of herself as the object of the other’s evaluation, and that that evaluation matters to her. Although emotions like these have often been called self-conscious emotions, it might ultimately be better to call them self-other-conscious emotions, since they make us aware of a relational being, that is, they concern the self-in-relation-to-the-other (Reddy 2008).

These considerations lead me to shame. What can shame tell us about the nature of the self? Does shame testify to the presence of a self-concept, a (failed) self-ideal, and a capacity for critical self-assessment, or does it rather, as some have suggested, point to the fact that the self is in part socially constructed? Should shame primarily be classified as a self-conscious emotion or is it rather a distinct social emotion or is there something misleading about this very alternative? I explore these questions, differentiate various forms of shame, and argue that shame exemplifies an other-mediated form of self-experience and can therefore serve to pinpoint one of the limitations of the experiential notion of self. Fundamentally speaking, shame testifies to our exposure and vulnerability, and is importantly linked to such issues as concealment and disclosure, sociality and alienation, separation and interdependence, difference and connectedness. The shamed self is not simply the experiential core self; or to put it more accurately, a self that can be shamed is a more complex (and complicated) self than the minimalist experiential self.

In the concluding chapter of the book, I basically ask whether the preceding investigation of self and other might help elucidate the structure of the we. The we is not some entity that is observed from without, but rather something I experience from within in virtue of my membership and participation. When adopting the we-perspective, we do not leave the first-person point of view behind; rather, we exchange its singular for its plural form.

In my analysis, I suggest that the second-person singular might be crucial for an understanding of the first-person plural. In contrast to empathy, second-person perspective taking involves a reciprocal relation between you and me, since a unique feature of relating to you as you is that you also have a second-person perspective on me, that is, you take me as your you. To that extent, there cannot be a single you: there always has to be at least two. In short, to adopt the second-person perspective is to engage in a subject–subject (you–me) relation where I am aware of the other and, at the same time, implicitly aware of myself in the accusative, as attended to or addressed by the other. I suggest that this process is required in order for me to identify with a group and to become aware of myself as one of us.

Drawing on resources found in early phenomenologists such as Scheler, Husserl, Walther and Schutz, I end up proposing that the we(-experience) is not prior to or equiprimordial with self(-experience) or other(-experience), but that prototypical forms of we-intentionality are founded upon empathy and joint attention and require the adoption of a second-person perspective. The self–other differentiation, the distinction between self and other, consequently precedes the emergence of, and is retained in, the we. (For a bit more on this latter idea, see also Zahavi 2015 and the virtual lecture The Phenomenological We).