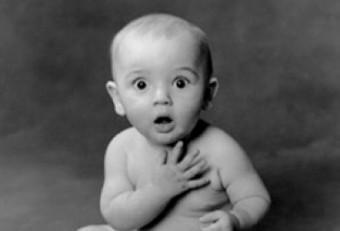 Recently, there have been several attempts to provide an account of our ability for self-conscious thought in terms of nonconceptual forms of (self-)representation (most prominent among these is perhaps the account offered by Bermúdez (1998)).

Proponents of nonconceptual content assume that there are ways of representing the world that are not constrained by the concepts a subject possesses. For example, some creatures, such as non-human animals and infants, show intentional behaviour, thereby indicating that they represent the world in some way, while lacking the abilities for systematic, productive and context-independent thought associated with concept possession. Of course, much more could be said about the notion of nonconceptual content (as well as about concepts). I don’t have the space to go into a lot of detail here, but as I try to argue in “Thinking about Oneself”, in further specifying how such creatures represent the world, we should appeal to their abilities for interaction with the world. That is to say, I suggest that nonconceptual content should be understood as a form of “knowledge-how”.

I take it that there are good reasons to posit the existence of representations with nonconceptual content in general. But what about nonconceptual self-consciousness?

Bermúdez (1998) argues that we can break the circularity of the linguistic approach to self-consciousness (see my previous post) if we can show that there are thoughts with nonconceptual first-person content. These are thoughts that, although nonconceptual, display the three central characteristics of self-conscious thought, namely, (1) non-accidental self-reference, (2) immediate action relevance, and (3) immunity to error through misidentification. He further argues that we find examples of these in (visual) perception and somatic proprioception. For instance, in perception the subject not only represents the objects in her environment, but she also represents herself insofar as perception provides her with information regarding her perspective on and possibilities for interacting with the world.

While I agree with Bermúdez that we should attempt to explain how self-consciousness can arise out of nonconceptual forms of representation, I disagree that the way to go about this is by showing that the self is represented in the (nonconceptual) content of experience. Indeed, it seems to me that such an approach remains implicitly committed to the misguided subject-object model of self-consciousness (see my previous post). Moreover, this approach has difficulties explaining the immunity to error through misidentification of paradigmatic forms of first-person thought. Thus, I take it that we can break the circle associated with the linguistic approach without thereby claiming that there are nonconceptual forms of self-consciousness.

The central idea that I am trying to defend in the book is that while perception and bodily experience contain implicitly self-related, or self-concerning, information, they do not represent the self.  That is, the information regarding the subject’s position relative to an object and about the subject’s possibilities for interacting with the object provided by perception, for example, is not represented as being about the subject. Rather, the fact that this information concerns the self remains implicit in the experience (i.e., as a function of the mode of experience). In other words, we can think of the self as an “unarticulated constituent” of experience. The argument builds on Perry’s (1986, 1998) thought that facts that are provided by the context do not figure as part of the explicit representational content of an utterance or an intentional state (also see Recanati 2007). Accordingly, while perception is necessarily perspectival, the very fact that the world is always perceived from the perspective of the subject obviates the need for an explicit representation of the subject herself. Indeed, it would put an unnecessary cognitive burden on the organism to represent itself explicitly if such explicit representation is not required for successful interaction with the environment. Put differently, it is one thing to have a perspective on the world, but it is quite another to represent this perspective as such, that is, to be aware of having a perspective. It follows that, pace Bermúdez, perception does not represent the self; it does not contain a self-referring component. (And the same holds for bodily experience.)

Moreover, if the self is not represented in experience, then the notion of immunity to error through misidentification has no grip here. This is because the notion of immunity requires the possibility for misrepresenting the property that is being self-ascribed while not allowing for a misrepresentation of the subject. But if the subject is not represented in the first place, the question of misrepresentation cannot even arise. Thus,  strictly speaking, it makes no sense to say that perception or bodily experience are IEM (though neither does it make sense to say that they are subject to error through misidentification).

Importantly, this is not to say that experience cannot provide the basis for judgements that are IEM. Indeed, it is precisely the fact that the self is not represented in the content of experience that can explain how a judgement that is made on the basis of this experience can be IEM; for if such a judgement is not based on a representation of the self, then there is no possibility for misrepresentation (cf. Recanati 2012). On this view,  a subject can form a first-person judgement that is IEM by making explicit the implicit self-relatedness of the information contained in experience via the application of the self-concept. Importantly, in doing so the subject need not rely on any sort of identity judgement. (Hence, this view avoids the problems associated with the subject-object model of self-consciousness.) In contrast, if the self was represented in the content of experience, it would be hard to see why it could not also be misrepresented.

Interestingly, this non-self-representational, or “no-self”, view might also be able to illuminate the notion of prereflective self-consciousness (see my previous post), at least as it is used by some phenomenologists. For many phenomenologists seem to suggest that it is possible to be prereflectively self-aware without representing the self (e.g., Legrand 2007, Zahavi 2005). One way of interpreting this claim is in terms of the view I have just sketched.

The view I propose is in some respects similar to the view recently proposed by Recanati (2007, 2012) (and, to some extent, also to the views put forward by O’Brien (2007), Rödl (2007) and Peacocke (1999)). However, what these other views do not provide is an account of how we get from the implicitly self-related information contained in (nonconceptual) experience to the explicit self-representation we find in conceptual thought. This is what the book aims to achieve in its second half, which is also the part of the book that relies more strongly on evidence from the empirical sciences (in particular developmental psychology). I will outline the ideas of this part in my next post.