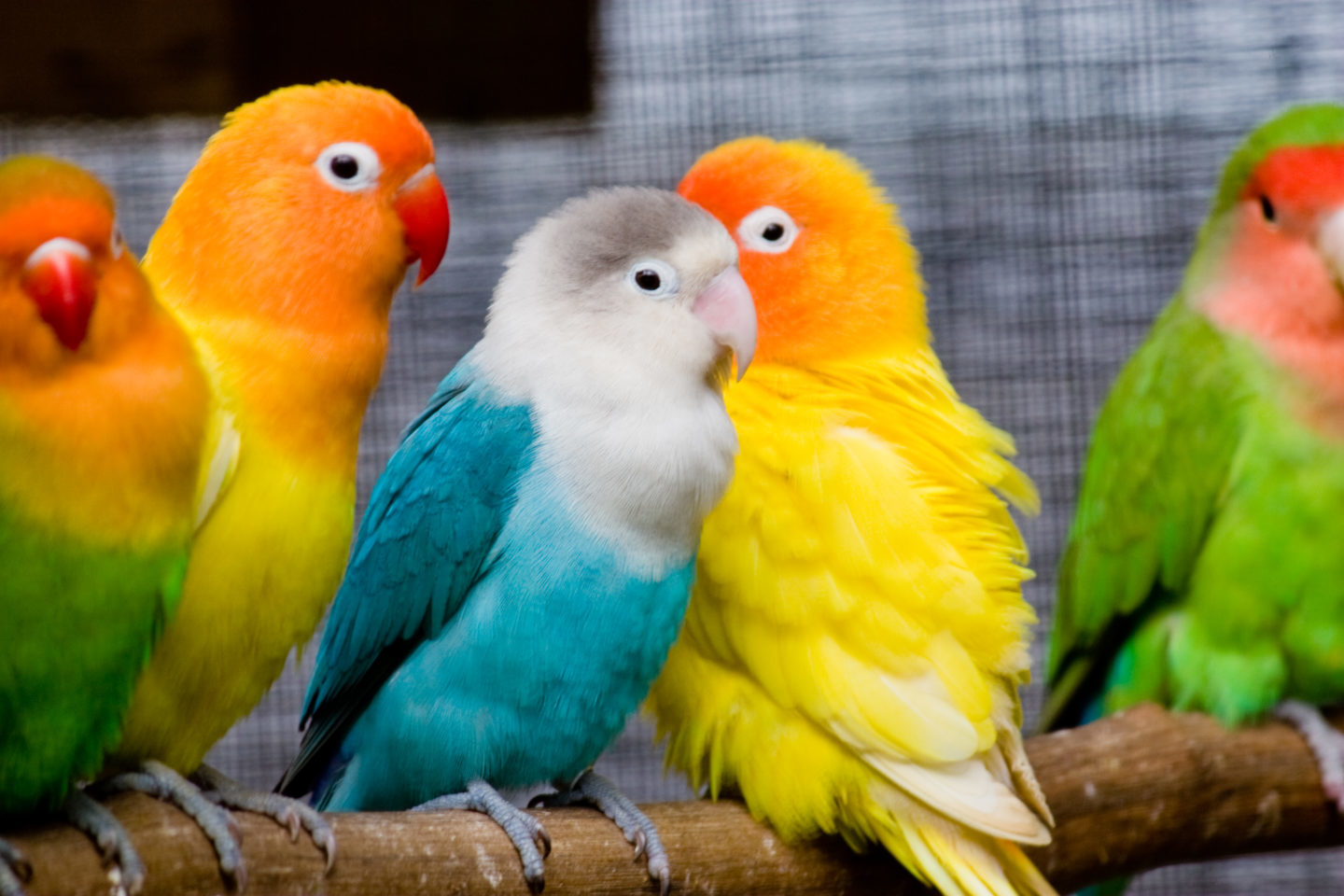 According to the approach we described in our previous posts, examples of multiple realization satisfy four criteria: Specifically, things of types A and B are multiple realizers of some kind if:

This is our attempt to make precise the idea that multiple realization requires that realizers be the same but different (1 & 2), and differently the same (3 & 4). Remember, we argued that multiple realization (realizability) has to fit this pattern in order to do its job, namely, to be a problem for brain-based or reductive theories such as the mind-brain identity theory. Only some kinds of variation (variability) in nature have this structure, so not every kind of actual or possible variation in nature is an example of multiple realization. So then, how does the evidence stack up?

One case that we consider is the comparison of the mammalian neocortex to the  dorsal ventricular ridge in birds (a.k.a., the avian DVR). Birds have many remarkable perceptual and cognitive capacities, for example with respect to their hearing. Yet in gross anatomy bird brains are obviously different from human brains, e.g., in size and structure. A striking example is that whereas mammalian auditory processing is accomplished in the neocortex, birds have no neocortex at all. Instead, birds have a structure called the pallium which contains the DVR. And one of the most obvious differences between the neocortex and the pallium is that neocortex has a layered (laminar) organization whereas the pallium is organized into ball-like clusters of cells (nuclei). Because birds and humans have similar auditory capacities and dissimilar brain structures, the comparison of neocortex with DVR looks like a nice case of same-but-different-and-differently-the-same—that is, of multiple realization.

But on closer examination the case is not so clear. We’ll grant for now that the psychological capacities or processes are basically the same in type. (But we regard that concession as both provisional and controversial—is it really true that we have good reasons to think that bird psychology is, even in part, exactly like human psychology, or even that of smaller mammals? After all, they lead quite different lives.) For now we’ll focus on the question of whether the neurological differences between mammals and birds are relevant differences. You won’t be surprised to find out that we think they are not.

The question of how bird cognition and bird brains compare to mammalian cognition and mammalian brains has been the object of scientific study for over 75 years. By the 1960s it had been discovered that neurons in the avian pallium involved with audition are morphologically very similar to neurons in the mammalian neorcortex that are involved with audition. At the cellular level, avian and mammalian audition are accomplished by very similar cells. 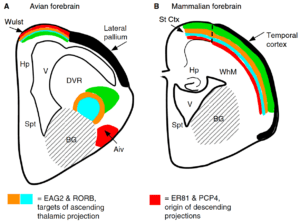 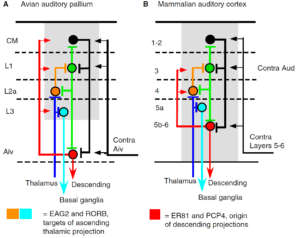 Moreover, it was subsequently discovered that the various kinds of cells involved in avian audition are connected in a way that is nearly identical to the way that the analogous (i.e. morphologically similar) mammalian neocortex cells are organized. So from the point of view of neural ensembles or networks, avian and mammalian audition are accomplished by analogous (organizationally or morphologically similar) neural structures. Because the working components of brains are neurons and neural circuits, a case can be made that the avian and mammalian auditory circuits are the of the same neuroscientific kind—that is, identical in type. As neuroscientist Harvey Karten describes the situation:

Back in 1969, from analysis of their connections, cellular morphology, physiology and histochemical properties, I concluded that, in avian and reptilian brains, the major sensory cells and circuits directly comparable to those of the mammalian neocortex are found in the DVR and adjoining dorsomedial pallial “wulst”. These cells performed similar, or even identical, computational operations to those of cortex. (Karten 2013: R13)

Karten’s view seems to be that the same cognitive jobs are done by morphologically similar cells (neurons) in mammals and birds, and that those neurons are connected in structurally similar ways in mammals and birds. If this view is correct, then the avian and mammalian audition are examples of samely-the-same, rather than different-the-same.

Recent studies uncovered evidence to support a further conjecture of Karten’s: namely, that the mammalian and avian structures are not just analogous but homologous, adaptations of a common ancestral structure (Dugas-Ford, et al., 2012). Although these recent results are still being evaluated, we can at least provisionally say that the mammalian and avian structures are the same. Karten himself considers them to be identical. If this analysis holds up, the right thing to say is that bird brains and mammalian brains aren’t relevantly different, after all. Mammals and birds hear in the same neural way—i.e., by means of the same kind of neural auditory mechanism or process.