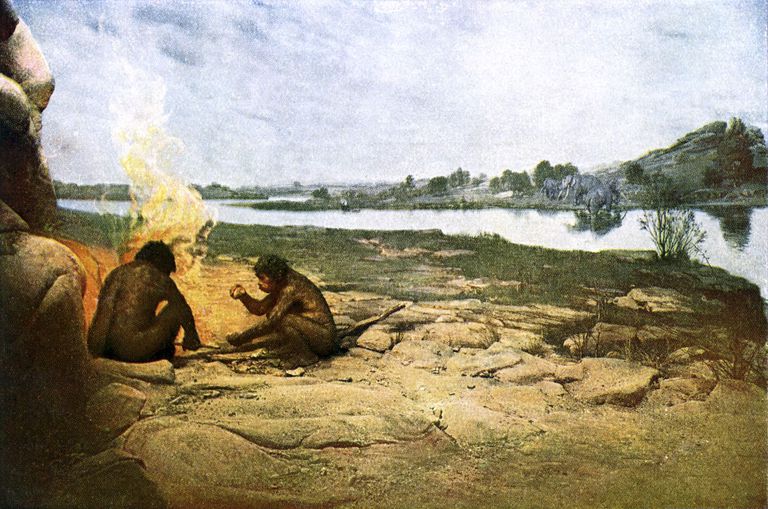 In our previous posts, we have so far focused on: (1) clarifying our understanding of Ur-intentionality – REC’s positive proposal for understanding the thesis that basic cognition lacks content; (2) reviewing the problems faced by classic teleosemantic theories that motivate adopting REC’s proposal; and (3) detailing some of the theoretical consequences that adopting REC’s proposal has for how we think about and describe the contributions that brains make to cognition.

One advantage of going contentless about cognition is that it eliminates the need to deal with what we dub the Hard Problem of Content that haunts naturalistic theories of content (Hutto and Myin 2013, Ch. 4). A theory of content attempts to account for the existence of states that represent the world as being a certain way such that, in good cases, those states can be, e.g., true, accurate or verdical. Naturalistic theories of content are constrained in the resources they can employ in giving their accounts of representational content: they can appeal only to naturally occurring entities, states and processes – namely, naturally occurring phenomena that have their scientific credentials securely in order.

The most promising candidates among existing naturalistic theories of content are those that try to account for content in terms of some combination of informatonal covariance, structural isomporphism and biological function. While such notions can help us to understand contentless forms of cognition, if we are correct in our assessment, naturalistic theories that only employ such resources will fall short of delivering what is required for naturalizing representational content per se. There are compelling reasons to think that information-bearing states of affairs and structural isomorphisms – which are plentiful in nature– do not on their own, suffice for representational content. Crucially, understood as self-standing natural phenomena, they lack built-in norms and standards of the sort that is required for that task.

In adding biological functions into the mix, teleosemantic theories of content seek to overcome this problem by showing how to “ground the needed norms in evolutionary biology” (Millikan 1991, p. 151). Such theories ascribe representational content to internal structures that have been selected for their correspondence-preserving properties precisely precisely because such structures are used by systems in the service of specific kinds of world-directed biological ends.

There are two principle reasons for thinking that teleosemantic theories still come up short. First, as discussed in our blog on Ur-intentionality and argued at length in Hutto and Myin (2013), it is possible to explain these world-directed capacities in full without making any appeal to representational content. Second, though appeal to biological functions is enough to account for the normativity of world-directed cognitive acitivty, more is needed to account for the existence for norms and standards required for there to be contentful representing. The latter requires special forms of normativity of the sort expitomized by language users when they “bind themselves, in principle, to standards beyond themselves” (Price 2013, p. 37).

In light of the above considerations, and given that we that are not eliminativists about representational content, we are obliged to offer an alternative proposal of how and where it arises in nature. This is the project of accounting for the natural origins of content, or NOC. In Evolving Enactvism, we propose that origins of content can be explained by giving an account of how special forms of enculturated practices arose in phylogeny and how they are mastered in ontogeny, without presupposing the prior existence of contentful states of mind.

Evolving Enactivism engages in further philosophical work that is needed to lay secure foundations for developing a detailed socio-cultural account of NOC. Such work is necessary because there are other arguments afoot that purportedly scupper our positive program before it even gets up and running.

One, allegedly crippling, objection that has been levelled against the prospect of providing a workable naturalistic account of the origins of content in REC’s terms, is that in distinguishing between contentless and content-involving forms of cognition REC presupposes a kind of psychological discontinuity that is at odds with evolutionary continuity (Menary 2015, Clowes and Mendonça 2016). In Evolving Enactivism, we show that the explanation of the socio-cultural origins of content only introduces kinks, but no fundamental discontious breaks into our story about the natural origins of content. We propose a multi-storey explanation – one that assumes that content-involving cognition could have arisen through the mastery of special socio-cultural practices but without changing the fundamental character of cognition. If we are right, a gapless account of evolutionary continuity is consistent with our working asssumptions and is possible without assuming psychological continuity.

Another argument against REC’s prospects carrying out the NOC program attempts to use the Hard Problem of Content againt us. Our critics insist that the Hard Problem of Content is a universal acid. They hold that if it works against any naturalistic theory of content then it works with equal force against all of such theories. Building on this assumption, it has been argued that the problems we identify as facing other naturalistic theories of content must apply with equal force to our own preferred socio-cultural account of the origins of content (Alksnis 2015, Shapiro 2014, pp. 217–8). Yet we see no inconsistency in holding that the Hard Problem of Content is hard, even impossibly so, for some naturalistic theories of content but not others. This will be so just in case different explanatory resources yield different explanatory prospects. The Hard Problem of Content is only impossibly hard for naturalists who limit themselves to using overly narrow resources when trying to explain the natural origins of content. By contrast we can draw on resources of a much richer set of empirical sciences than our rivals when developing our NOC account. These include: anthropology; developmental psychology; comparative psychology; and social neuroscience, among others.

What entitles us to this wider set of explanatory resources in pursuing our version of the NOC project? To answer that question, in a series of publications we have been making the case for adopting a relaxed as opposed to a strict and reductive form of scientific naturalism (Hutto and Satne 2015; 2017; 2018; In press). The relaxed naturalism we favour regards philosophy and science as mutually constraining, without assuming that their methods and tools reduce to one another. As such, with respect to the NOC project, its philosophical work consists mainly in clarifying key theoretical issues and synthesizing empirical findings so as to develop sketches of plausible explanations.

Assuming our ground-clearing efforts succeed, the way is open for fresh investigations into the natural origins of content, building on REC’s account of basic cognition. In Evolving Enactivism we sketch, in broad outline, what that sort of positive account will need to address and work is already underway in developing the account more fully (see Satne 2014; 2015; 2016; Satne and Salice 2016; In press).

Clowes, R., and Mendonça, D. 2016. Representation redux: Is there still a useful role for representation to play in the context of embodied, dynamicist and situated theories of mind? New Ideas in Psychology. 40 (A): 26–47.

Millikan, R.G. 1991. Speaking up for Darwin. In Meaning in mind: Fodor and his critics. Loewer and Rey (eds.). Oxford: Blackwell.

Satne, G.  2016. A two-step theory of the evolution of human thinking: Joint and (various) collective forms of intentionality. Journal of Social Ontology. 2:1.105-116.

Satne, G and Salice, A. In press. Shared intentionality and the cooperative evolutionary hypothesis. In Minimal Cooperation and Shared Agency, Fiebich, A. (ed). New York: Springer.