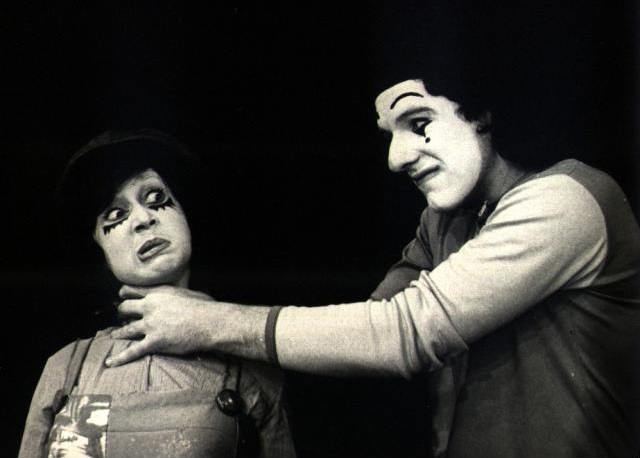 An important aspect of emotions that is relatively neglected in both the philosophical and psychological literature is their social manifestation. There is plenty of work on empathy, the role of emotions in morality, and even a growing interest in emotional expression, but all this should be tied together with a strong idea of social emotions. Often when we think of social emotions we are thinking of particular emotions like jealousy, contempt, or gratitude. However, I think we should regard social emotionality as an additional layer of regulation that sits on top of regular emotional states. Indeed, most human emotions have a social aspect.

To explain this, I once again I appeal to control theory. I claim that social emotions are a function whereby two or more individuals track and regulate their affiliative status with each other. The affiliative status between two people should be understood as a combination of their power relationship and their intimacy relationship. Our intimacy relationship is fixed by the range of things we are disposed to cooperate on (e.g. from bodily pleasures to paying the bills). Our power relationship characterises what we can expect from each other in terms of support (I might serve you more than you serve me). Thus I may have a relatively intimate and equal relationship with my wife, while I have a relatively distant and power-unbalanced relationship with my boss.

A group’s affiliative status can change over time, but crucially, members form expectations about how other members are supposed to act in conformity with it. This includes both the way we treat each other, and the attitudes we might expect ourselves to share towards events in the shared environment (e.g. finding the same things amusing, disgusting or annoying). Thus if my wife behaves in a way contrary to this expectation, I will respond emotionally in a way aimed at restoring the expected relationship. My wife may equally think that my behaviour fails to cohere with our affiliative status, and thus she may respond emotionally in kind. In this way a social-emotional negotiation will take place, and hopefully we will eventually end up on the same page- emotionally speaking. If not, this will probably lead to a change in our affiliative relationship.

The principle mechanism by which social emotions function is via expressions in the face, voice and posture. I largely follow Mitchell Green (2007) in thinking that expressions signal to each other our emotional states for the sake of social negotiation (cf. behavioural ecology views). I supplement this with my analysis of emotional bodily feelings, that is, the experience we have of the bodily changes triggered in emotional states (see Monday). Both when I trigger the various bodily changes associated with anger, and when I observe someone else doing the same thing, the same mechanism is involved in taking that pattern of responses to represent the capability and disposition of the agent to act in a certain way, i.e. to attack (cf. simulation theory). For anger in particular, a reciprocal pattern of expressions allow agents to compare their relative preparedness to attack, and negotiate and establish their affiliative status without resorting to physical violence.

Who does the regulating here?

A crucial part of my account is that an affiliative status does not belong to the individual. No individual can unilaterally establish a settled relationship with anyone else. It has to be agreed by all parties involved. As a result, I argue that the regulative process must be understood as a collective phenomenon.

I resist calling this social level of regulation a collective emotion (contra Margaret Gilbert 2000). I think we can do everything we need with the notion of social norms. Norms only exist at the social level, but they will regulate the states of the individual without suggesting the existence of group minds. These social norms can moreover spread through a population, allowing for the development of cultural-emotional patterns.

In retrospect I should have made more explicit connections in my book to the reactive attitude tradition in ethics, i.e. the idea we get from Peter Strawson that moral relationships are often a matter of feeling and expressing certain emotional states. I talk about social emotionality in larger groups in the book but I only briefly mention the moral community. Note in particular that when the group is larger than a dyad, you can have an emotion aimed at regulating the affiliative status of the group where one group member has harmed another group member without affecting you much personally. In this way, my model of social emotions can apply to the resentment or sympathy we might feel for persons we have little contact with, but which are still members of the moral community. Anyway, the resources are there if someone wants to develop the connections further, should I not get around to it myself at some point.